Turn on suggestions
Auto-suggest helps you quickly narrow down your search results by suggesting possible matches as you type.
Showing results for
Show  only  | Search instead for
Did you mean:
Inconsistent permissions or ownership chaining
By

Scenario: Two schemas: A and B. User test has access to everything under schema A, he does not have permissions under Schema B. Schema A and B were created by the same owner. 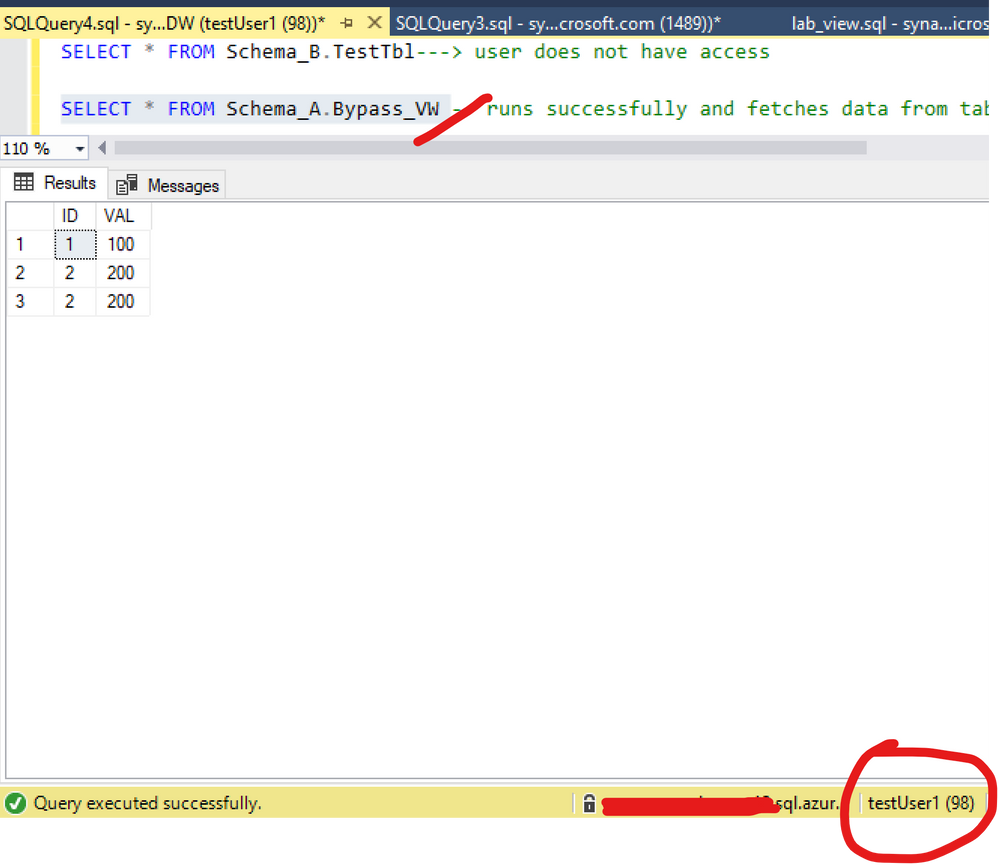 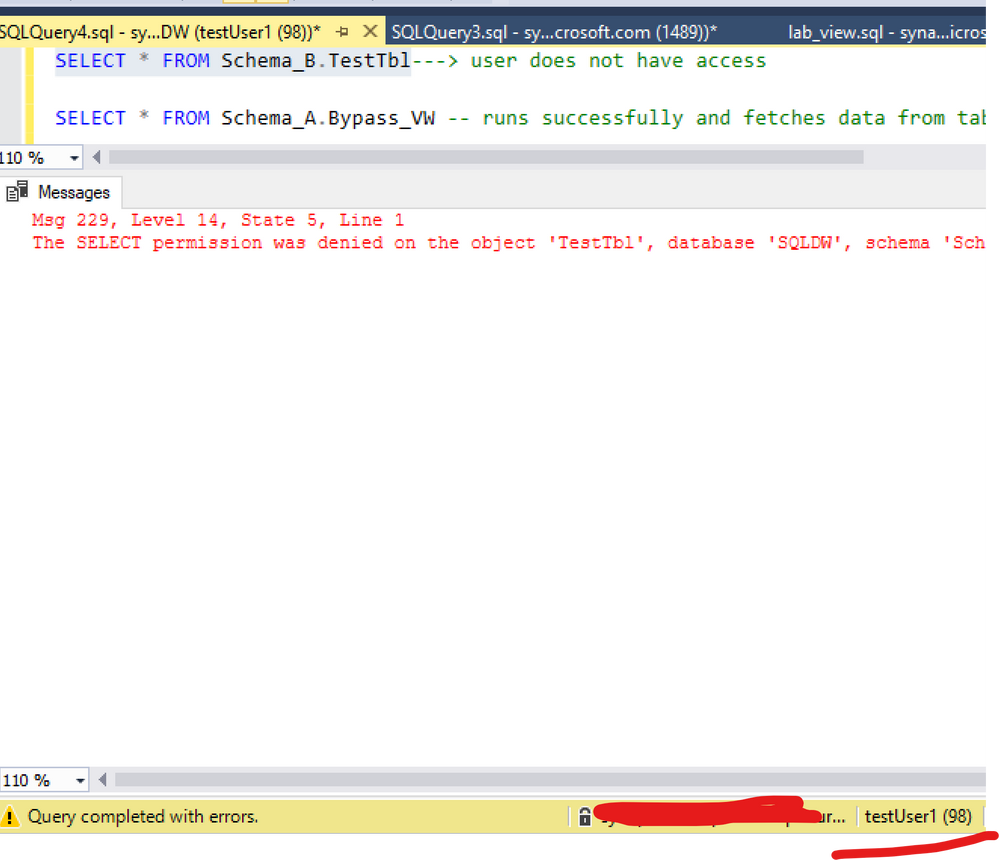 Here is the documentation about this:

For example, this issue may occur in the following scenarios. These scenarios assume that a user, referred as U1, has the ALTER permission on the S1 schema. The U1 user is denied to access a table object, referred as T1, in the schema S2. The S1 schema and the S2 schema are owned by the same owner.

Note this is the same across any version of SQL Server: SQLDB, SQLDW, SQL Server

I changed my demo based on the documentation. The point here is: there are  2 schemas with the same owner. So let's change that: different schema owners.

And as figure 3 shows, the ownership chaining was solved:

Another way to solve this would include for example: Deny to the user select on the View(Schema_A.Bypass_VW ) or deny the select, like:

Thanks Joao Polisel and Moises Romero for the advice on this.