Turn on suggestions
Auto-suggest helps you quickly narrow down your search results by suggesting possible matches as you type.
Showing results for
Show  only  | Search instead for
Did you mean:
Relaxed network requirements for Azure SQL Managed Instance
By 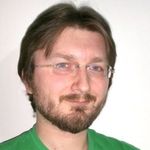 With the November 2022 feature wave Azure SQL Managed Instance introduces a range of security and networking improvements under the hood. We are removing the public management endpoint, narrowing the scope of inbound and outbound rules imposed on its subnets, and even giving the consumption of IP address space a trim. These new features proactively close off potential future exfiltration paths, facilitate security audits, and make it easier to understand which Azure services SQL Managed Instance connects to.

Before the November 2022 feature wave, Managed Instances exposed a network endpoint to receive management operations, like resizing the instance or changing service tiers. This management endpoint was a public IP address secured with a firewall and two-way authentication. With the November 2022 Feature Wave, we are removing this public management point altogether.

The removal of public management endpoint further reduces the attack surface and makes auditing the security of SQL Managed Instances much simpler.

Subnets delegated to SQL Managed Instance will have the "allow" outbound rule to Azure Cloud, port 443, removed from their Network Security Group (NSG) rulesets. This rule will be replaced  with a number of narrower outbound rules allowing connections to a precisely defined set of Azure services. This is counterweighted with the removal of a number of now obsolete "allow" inbound rules, bringing the new total of mandated NSG rules from 7 to 6.

We are reducing the number of mandated entries in the route table from 13 to 5. Among others, routes and NSG rules to CorpNetPublic and CorpNetSaw are no longer required.

As a bonus, we are reducing the number of required IP addresses in a delegated subnet by 1 for each new SQL Managed Instance deployed therein: from 14 to 13 in the General Purpose service tier and from 16 to 15 in the Business Critical service tier. (Note that with multiple SQL Managed Instances in a subnet, the overall requisition of IP addresses may be smaller than a simple multiple.)

To learn more about how Azure SQL Managed Instance works under the hood and what options you have to connect to it, have a look at its connectivity architecture.

Read more about the November 2022 feature wave to learn how to opt in without waiting for the wave to land on your instances! With this feature wave, you will get a leg up on modernizing your SQL Managed Instances and making them compatible with our upcoming features, like the ability to start and stop and to replicate databases from on-premises directly to Azure!