Turn on suggestions
Auto-suggest helps you quickly narrow down your search results by suggesting possible matches as you type.
Showing results for
Show  only  | Search instead for
Did you mean:
Provision SQL Managed Instance in under 30 minutes starting mid December
By 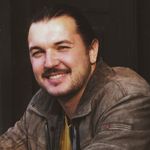 First instance in a new subnet in under 30 minutes is coming in mid-December. This improvement is the first one in the series of provisioning improvements starting with Feature Wave November 2022. In the near future, we expect to remove the limitation of only the first instance in the new subnet and have any instance provisioned in a similar time frame. Fast provisioning is available to popular configurations that cover most of our users. If you want to create a managed instance in under 30 minutes, once it’s live, you will be able to do so by selecting the following configuration:

This improvement is important because it will allow you to quickly respond to business needs. When the situation presents itself, for example, increased demand during holiday peak traffic for an orders database, you will be able to respond in no time. In addition, this will also save costs because you won’t need to have a secondary Managed Instance running just in case of peak traffic happens, but rather you will be able to get one almost instantly. Click here to see the list of all management operations you can perform with your SQL Managed Instance.

Furthermore, subsequent creations in the subnet, with the same configuration will take only 60 minutes instead of the full 4 hours that was previously the case. This way you can enjoy faster creation times when responding to business needs.

When you visit Azure portal, right beneath the app bar you will see the message box notifying you that you’re either eligible to be enrolled in the Feature Wave November 2022 or that you are already enrolled. The creation experience remains unchanged except for the fact that you can now get your very first managed instance in a new subnet in approximately 30 minutes.