Turn on suggestions
Auto-suggest helps you quickly narrow down your search results by suggesting possible matches as you type.
Showing results for
Show  only  | Search instead for
Did you mean:
Distributed Transaction Coordinator for Azure SQL Managed Instance
By 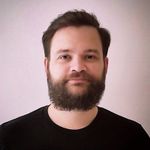 Support for DTC and distributed transaction scenarios enables you to migrate your applications from on-prem and IaaS environments and modernize them. You can also develop new, modern, mission critical apps that require transactional consistency across complex architectures.

To support various distributed transaction scenarios in truly heterogenous environments, we rely on the Windows DTC service, and with managed instance, the DTC becomes managed DTC. This means that on the backend side, we take care of the DTC log and availability, so you don’t have to think about it ever again.

For distributed transactions to work in mixed environments, there needs to be network connectivity. For example, to run distributed transactions across application and database server hosted on premises and Azure SQL Managed instances, you need to connect your on-prem network with managed instance Azure VNet and that’s typically done with point-to-site-VPN or ExpressRoute. For more details on how to setup point-to-site-VPN, check out this great step by step guide.

P.S. To learn more about many other managed instance announcements happening now, see this blog post.