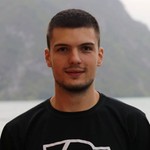 Command for Azure SQL Managed Instance  deployment is officially available in Terraform registry as part of the Azure provider under Database group of commands. So far, customers used ARM templates as workaround for deploying managed instance, but with recent changes (PR 2.76.0 (September 10, 2021)) all templates can be switched to the fresh azurerm_sql_managed_instance command.

There are couple of tips that can come handy:

Key concepts to have in mind before deploying Azure SQL Managed Instance:

Call to action: Nominate the topics for upcoming blog posts using comment section and votes, or writing directly to mdcssqlmipm@microsoft.com