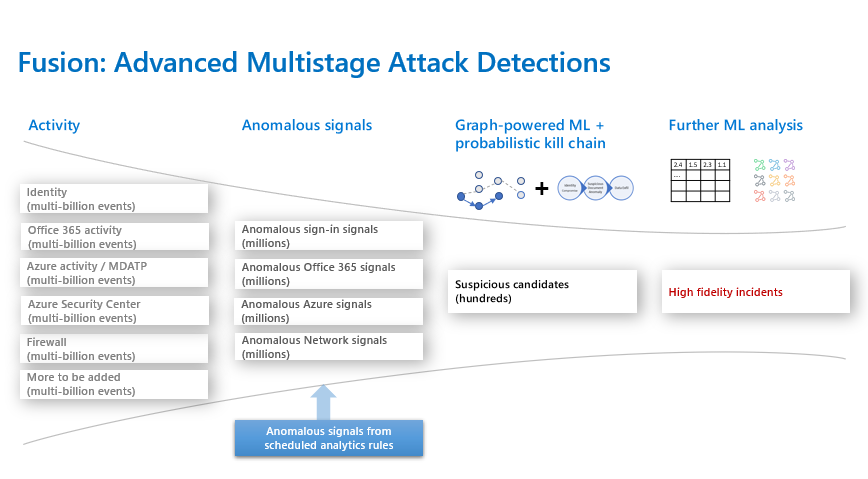 Azure Sentinel leverages machine learning technology, Fusion, to automatically detect multistage attacks by identifying combinations of anomalous behaviors and suspicious activities that are observed at various stages of the kill-chain. There are currently 90 multi-stage attack scenarios detected by Azure Sentinel through Fusion, 35 of which are generally available.

To help you discover threats and anomalous behaviors that are more tailored to your environment, we are now public previewing multi-stage attack scenarios leveraging a set of scheduled analytics rules.

*This query is currently not availiable as a rule template. Please follow the tutorial to add the query as a custom analytics rule.

We encourage you to check out the best practices for configuring the scheduled analytics rules to maximize the Fusion detection capabilities.

Below are a few examples of Fusion incidents leveraging scheduled analytics rules:

We will continue to release new multi-stage attack scenarios detected by Fusion in Azure Sentinel, keep an eye on our Azure Sentinel Fusion page for updates!