BeeGFS is a Linux-based, hardware-independent parallel file system and designed for high-performance and high-throughput environments at Fraunhofer ITWM. (Its original name was FhGFS.) BeeGFS is free to use and offers commercial support.

One advantage of the BeeGFS client service is that it provides a normal mount point that your applications can use to directly access the BeeGFS storage system. Compared to Lustre, BeeGFS seemed more flexible and easier to use in our opinion. Lustre IOPs performance outpaced BeeGFS—a result of the Lustre caching effect, we believe. BeeGFS plans to add native Windows client software this year, which we expect will boost BeeGFS performance to Lustre levels.

BeeGFS consists of four main components, each running as a multithreaded daemon process in the Linux operating system:

The BeeGFS User Guide illustrates this system architecture . To set up BeeGFS on Azure, you need a minimum of three nodes—one for the management service, and one each for storage and MDS. It is technically possible to install all four components on one virtual machine, but practically speaking, at least three virtual machines should be used.

The easiest way to deploy a test environment for BeeGFS on Azure is to use a Resource Manager template available on GitHub. The template deploys a BeeGFS cluster of virtual machines running the Openlogic CentOS 7.2 image from Azure Marketplace with the metadata service and storage nodes.

To evaluate the performance of BeeGFS, we ran tests to measure maximum throughput and IOPs just as we did with the Lustre and GlusterFS file systems. Several factors affected our BeeGFS test results:

-B indicates to bypass the cache

-i is the number of iterations

-b indicates file size created by each process

Table 1 lists the results alongside the Azure virtual machine limits for comparison. 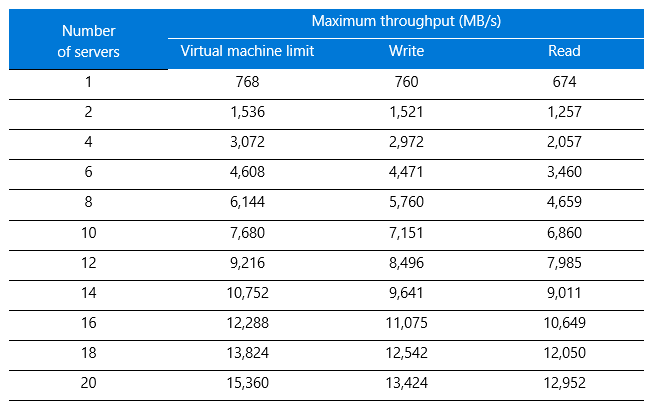 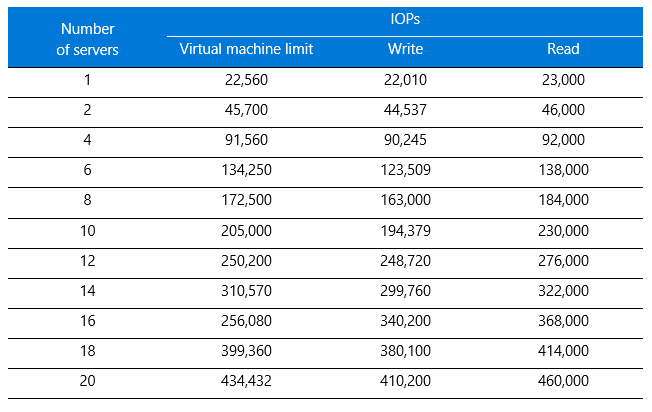 When the results are graphed, you can see the linear progression as servers are added (Figure 2). The y-axis shows IOPS and the x-axis shows the number of servers. Compared to the raw virtual machine performance values shown in gray, BeeGFS write and read IOPs performed with an average efficiency above 80 percent on Azure. 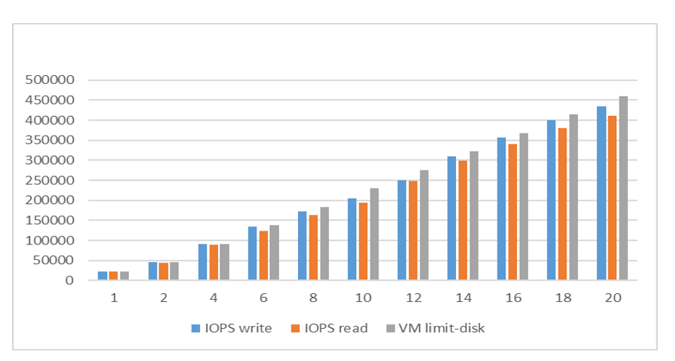 Our tests demonstrated the linear scale of BeeGFS performance for throughput and IOPs. To increase performance and capacity, we simply added object storage server and metadata server nodes or targets when needed.

The metadata servers showed balanced performance in handling work requests. In general, serving metadata requires a powerful CPU with lots of memory for caching, so we recommend Azure Premium SSD for IOPs and low latency on highly random access patterns with small read and write operations. You can use either RAID 0 or a single Premium SSD. For instance, you can combine P10s as RAID 0 or use a single P20. The lab testing shows that P20 may be better than RAID 0 compared to four or fewer P10s. You don’t typically need two large-capacity SSDs for MDT as the size is around 0.1 to 0.3 percent of total data capacity.

The IOPs results showed 80-percent efficiency on average against the performance baseline of the system. Latency on average was less than a 10-ms response time—acceptable for many types of applications. From a storage I/O perspective, even higher IOPs can be achieved through a large disk queue, but then latency could increase. To decrease the latency, do not increase the disk queue beyond its limit.

For a future testing pass, we’d like to showcase the scale of metadata beyond the 16-node scale we tested. For example, BeeGFS multi-mode could be used to run multiple instances of the BeeGFS service on the same machine with different targets.

Among the HA findings: 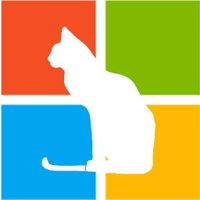 Azure CAT Guidance
"Hands-on solutions, with our heads in the Cloud!"