Find Part 1 and Part 2 of the this series here:

The GlusterFS file system is a free, scalable, open-source distributed file system specifically optimized for cloud storage, and it works great for applications hosted on Azure. Unlike Lustre, it does not have separate metadata servers. Instead, metadata is integrated into the file storage.

The GlusterFS architecture includes a server node and a client node in a cluster. You can designate a single node for both storage and metadata—separate servers are not required. GlusterFS stores and locates data using an elastic hash algorithm and doesn’t need any metadata servers, so I/O bottlenecks are removed, which improves performance and parallel access. Servers can be added or removed whenever required.

For our tests, we used the following node configuration:

With this cluster topology, we captured performance statistics for throughput and IOPs. The test environment used openMPI (included in CentOS 7.2) as the MPI interface.

To get started, you need at least two nodes of any Linux distribution to serve as server nodes (metadata server and storage server). GlusterFS can be installed on any Linux distribution. We used an OpenLogic CentOS 7.3 image from Azure Marketplace for our tests. We chose a virtual machine size of DS14v2 and attached 10 additional P30 data disks of 1 TB each.

2. Set up the GlusterFS volume

After a trusted pool has been established, we can create a GlusterFS volume. For our testing purposes, we set up a distributed volume, but you can choose another type. Each volume type has advantages and disadvantages as follows:

To set up a distributed GlusterFS volume, execute the following commands in order:

3. Install and configure the client mode

For automatic high-availability failover in our tests, we mounted the GlusterFS volume as a FUSE client, although Network File System (NFS) is also supported.

To evaluate the performance of our GlusterFS file system, we ran tests to measure maximum throughput and IOPs just as we did with the Lustre file system. We changed various IOR test parameters, including the transfer rate, block size, number of processes, and number of client nodes. As with our Lustre tests, the performance of GlusterFS varied depending on the following:

To measure read and write throughput, we used the following IOR syntax:

-B indicates by passing cache

<client_hostname> is the name of the host used for the client

<n_procs> is the number of processes

Write throughput results are shown in Figure 1. The y-axis shows maximum throughput and the x-axis shows the number of GlusterFS server nodes. 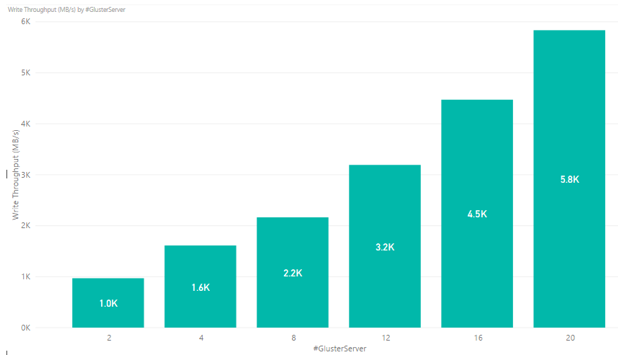 Read throughput results are displayed in Figure 2. The y-axis shows maximum throughput and the x-axis shows the number of GlusterFS server nodes. 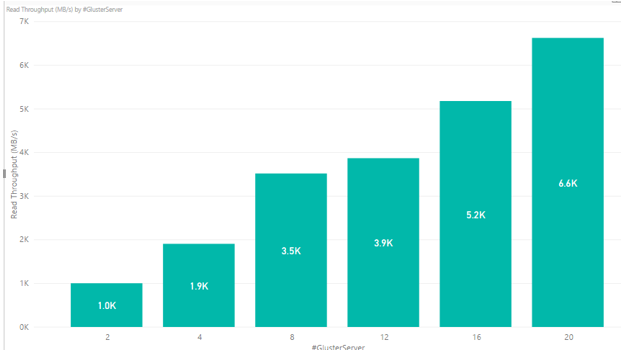 To measure IOPs on Azure, we used the following syntax:

The results are shown in Table 2.

The write IOPs results show a linear increase as the number of GlusterFS servers are increased—but only up to a certain point, as Figure 3 shows. We observed no real gain above 12 servers but ran out of time to try more performance tuning, which we suspect would help.

The read IOPs performance increases as the number of GlusterFS servers is increased, as Figure 4 shows. 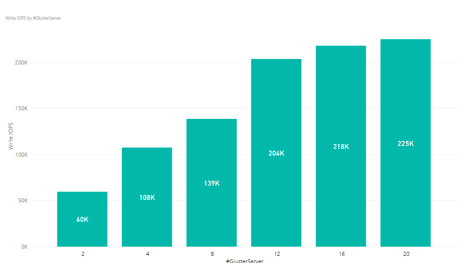 GlusterFS performance was good, and we thought the overall user experience was subjectively better than Lustre. Unfortunately, the results may not be entirely reliable, and we hope to investigate further in the future. Here are our observations and conclusions: 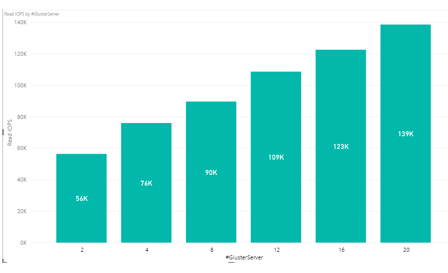 Thank you for reading! This article is also available as an eBook: 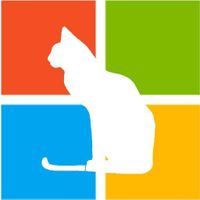 "Hands-on solutions, with our heads in the Cloud!"