I am currently running three AKS labs in one of my subscriptions and I constantly try to minimize costs so I'm quite regularly spinning a "cluster" with only one worker node (Standard DS2 V2) which I stop whenever I don't use it. Lately, when working with KEDA, I enabled the Virtual Nodes (see below) when creating the cluster:

which makes use of Azure Container Instances (ACI) behind the scenes. Then I realized that, I could leverage Virtual Nodes more often in order to reduce costs. Therefore, I thought of spinning up the cluster with the smallest possible Virtual Machine as the main worker node.

While  virtual machines represent a fixed cost, the pricing model of ACIs is based on actual consumption as they are only charged per second of execution which may be just enough for test scenarios/demos/lab-kind of activities. By default, if you do not specify any resource request in your container, AKS will provision ACIs with 1 CPU and 1.5 GB of memory. When specifying resources, for instance like this:

, AKS applies the requested resources to the ACI config as illustrated here: 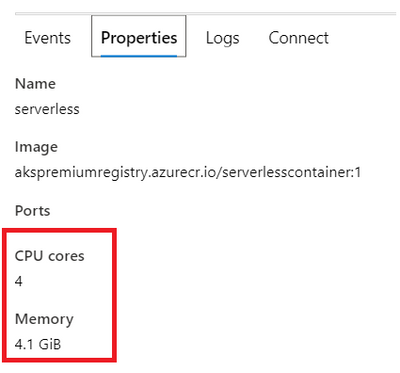 Benefits of such a setup

Limitations of such a setup

Although interesting from a financial perspective, it comes with a few limitations:

To wrap it up, to get a cheap AKS lab, just proceed the following steps: