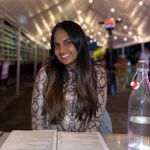 When Naomi and Christine Bisimwa took part in the Microsoft Hackathon, they had one goal: help local women experiencing gender-based violence.

The result? S.A.F.E., a platform dedicated to empowering and protecting women.

These dedicated developers led a team called “Combat against GBV” in using Microsoft Azure, AI, and GitHub to create an educational and interactive solution for women and children, accessible through Twitter, Facebook Messenger, and WhatsApp.

In this video, Naomi and Christine Bisimwa explain the importance of cloud and mobile technology in tackling the rampant effects of gender-based violence in South Africa and the role their chatbot plays in empowering girls and women in their community to take their lives back into their own hands.

If you are interested in being a change agent in your community, sharpen your technical skills today at aka.ms/trainingandcertification.