Scale database up or down when geo replication is in use 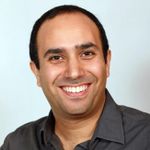 Scale database up or down when geo replication is in use

When I'm using P1 tier for my geo-replicated database I can scale to another edition such as Standard or Business critical, but it will not allow me to scale to General purpose.

When scaling between DTU and vCore model you may only scale between equivalent editions.

Standard is similar to General purpose and Premium to Business Critical.

If needed, scale both Primary and Secondary to Standard and then to General Purpose.

Never break the geo-replication setup for such modifications.

When using Geo-Replication for your database the recommendation is to keep both in the same edition and tier.

The reason behind that is that (most common scenario) if the secondary will have lower tier compare to the primary, it might lag when processing changes coming from the primary database.

It will affect workloads running on both primary and secondary. And it will impact RPO and RTO when failover in needed.

However, if your workload is more of reads on the primary and less write, you may find that having lower tier on the secondary that need to deal with writes only will be more efficient for you (financial wise)

To allow customer to scale between editions (Standard, Premium) we must allow temporary hybrid setup while secondary and primary does not have the same edition.

The instructions about how to do that correctly is well described in additional considerations for scale database resource docs page.

Now back to our question, when scaling the database from Standard edition which uses DTU model we may only scale to General Purpose as this would be the equivalent edition in vCore model.

Same thing for Premium while the equivalent vCore edition is Business Critical.

In any case it is not recommended to break the geo-replication setup as during this time you have no active cross region High Availability solution for your database, this means that your database setup is vulnerable and might be impacted if an issue happen.