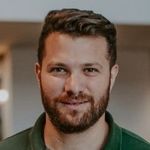 When migrating from an on-prem database server or an IaaS server to the PaaS service few things needs to be in mind in terms of performance expectations. Azure Database for PostgreSQL and Azure database for MySQL (PaaS) comes with a great features that reduce the manual management effort on the database servers, such as High availability, Automated Backups, Server Monitoring for resource utilization, Security such as encryption, Firewall and SSL, Performance insights and recommendations, Portal UI for the server management, etc.

All these features are maintained by background processes that have cost in terms of performance which is not the case in the Azure VM and the on-prem solution, This will require to setup the expectations that your PaaS server should have more resources horse power to perform at the same level as the on-prem or the IaaS server.

1) Server resources specifications:
Set the specifications (number of vCores and Disk size) for your PaaS server to accommodate your workload and avoid high resource utilization.

a- Performance Troubleshooting Basics on Azure Database for PostgreSQL

Let’s take Azure Database for PostgreSQL as an example: servers establishing a connection is an expensive operation. This is attributed to the fact that each new connection to the PostgreSQL requires forking of the OS process and a new memory allocation for the connection. As a result, transnational applications frequently opening and closing the connections at the end of transactions can experience higher connection latency, resulting in lower database throughput (transactions per second) and overall higher application latency. It is therefore recommended to leverage connection pooling when designing applications using Azure Database for PostgreSQL. This significantly reduces connection latency by reusing existing connections and enables higher database throughput (transactions per second) on the server. With connection pooling, a fixed set of connections are established at the startup time and maintained. This also helps reduce the memory fragmentation on the server that is caused by the dynamic new connections established on the database server.

See the following for reference:

a- Not all Postgres connection pooling is equal

Accelerated Networking enables single root I/O virtualization (SR-IOV) to a VM, greatly improving its networking performance. This high-performance path bypasses the host from the datapath, reducing latency, jitter, and CPU utilization, for use with the most demanding network workloads on supported VM types. The following picture shows communication between two VMs with and without accelerated networking:

4) Application and Database servers in the same Data Center: