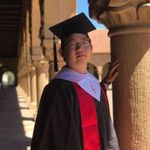 With the newly released feature, you now have the capabilities to cancel Tumbling Window Trigger runs if the window is in Running or Waiting on Dependency state.

You can also rerun a cancelled window. The rerun will take the latest published definition of the trigger; and dependencies for the specified window will be re-evaluated upon rerun.

Combining these two capabilities give you a powerful way to resolve the hanging/blocking dependencies view. Imagine the following scenario: TWT-B depends on TWT-A, and for some reasons TWT-A has been consistently failing lately. To unblock downstream work flows, you decided to remove TWT-A from TWT-B's dependency list.

Instead of stopping and restarting TWT-B, you can now take following steps:

Since the rerun will take the new definition, it will by-pass the blocking TWT-A, and enable downstream workflow to continue