Turn on suggestions
Auto-suggest helps you quickly narrow down your search results by suggesting possible matches as you type.
Showing results for
Show  only  | Search instead for
Did you mean:
The importance of using DAX variables / the Kusto/ADX edition
By 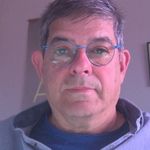 The importance of using DAX variables / the Kusto/ADX edition

The importance of using DAX variables

Why use variables – the vanilla version

You probably heard about DAX variables and saw recommendations to use variables when writing DAX measures.

There are two main reasons for using variables:

- Readability of the DAX syntax

Readability also includes being able to debug a measure by returning the different variables to make sure that they contain the right values.

Performance is about calculating expressions once instead of many times.

Could be written with less variables but you can see the point.

[Sales] is calculated only once and you can return each variable at a time to debug the logic.

The performance aspect of not repeating the calculation of a measure becomes much more important when you use Direct Query.

A DAX measure in most cases takes a very short time, typically a few milliseconds.

The same measure when using direct query will send a separate query for each use of the expression.

The query can potentially scan billions of rows and take seconds.

Running one instead 2 or 3 queries can make a significant difference.

In the attached example one table is using a simple sum, the second uses a measure that calculates Sales three times and the third table use a variable.

Refreshing the visuals with performance analyzer on, you can see the difference between the three tables

If you look at the queries using .show queriers, you’ll note that there is a weird looking query

I’ll dedicate another article to explain this query so stay tuned!