Turn on suggestions
Auto-suggest helps you quickly narrow down your search results by suggesting possible matches as you type.
Showing results for
Show  only  | Search instead for
Did you mean:
Windows 8 / Windows Server 2012: Start Screen and User Interface Part 1
By


Welcome to day 2 of our Launch Series.  This is part one of a two part series regarding the new Start Screen and User Interface in Windows 8.  Today, we will look into tiles and groups.


The Start screen replaces the Start menu from previous versions of Windows.  Instead of using static icons to represent applications like its predecessors, the new Start screen makes use of active tiles that can dynamically show notifications and updates at a glance.  You can organize the Start screen to suit your preference.


When you log into Windows 8, you will be greeted with a screen similar to the one below. 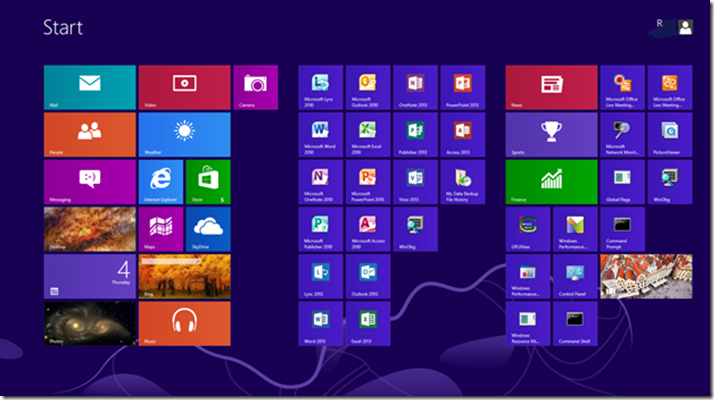 You can switch to the familiar desktop by selecting the Desktop tile, but you’ll notice the removal of the Start button which has been around since Windows 95 . 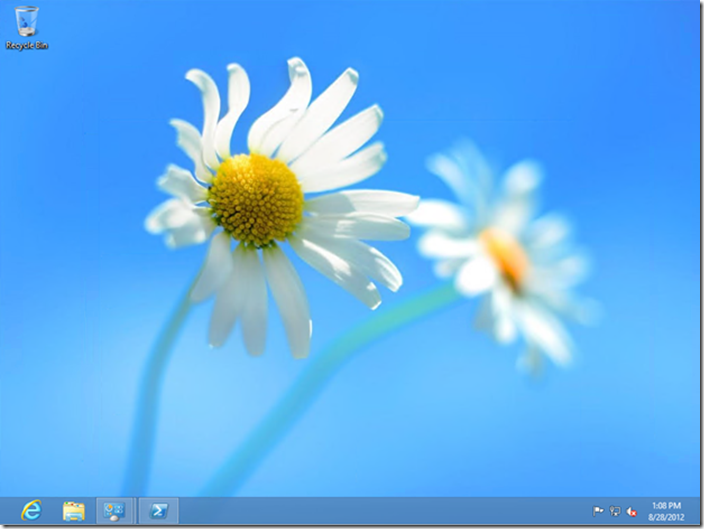 The Start screen was designed from the ground up to be “Touch First”, meaning the best method to interact with the interface is with a multi-touch display. However, you may still use a keyboard and mouse.  Desktop mode allows you to use applications which were not designed for touch.


In Windows 8 you launch applications using tiles, instead of icons. You can have Windows Store apps tiles, which allow for richer content to be displayed dynamically, such as the current weather for a weather app.  This allows you to glance at the tile for information without having to open it. 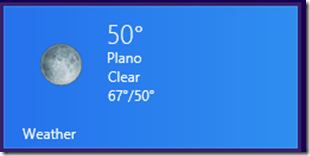 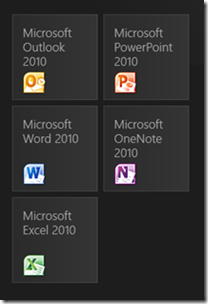 
Tile size may be small or large, meaning a small tile is a single square, whereas a large tile is rectangle (two square tiles long). 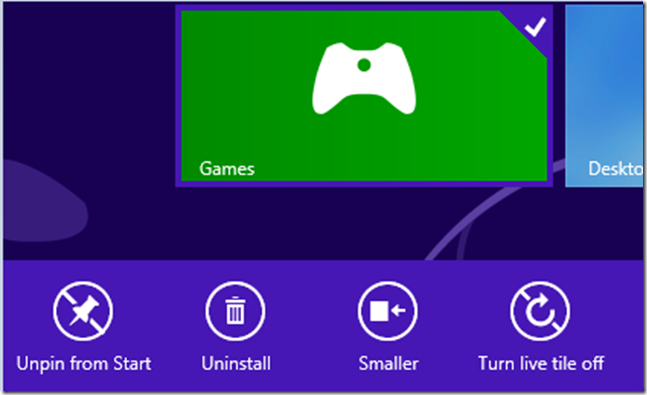 With Windows Store apps tiles, you can turn off live tile notifications or make the tile smaller or larger depending on what app you select.


Desktop apps will have different options, including the ability to “Run as administrator”.


The Start screen is arranged into columns and groups.  Each column is two small tiles or one large tile wide.  When more tiles that can fit vertically have been added to the column, the tile overflows to a new column next to it.


Figure 9: Weather tile overflows to new column on the right side 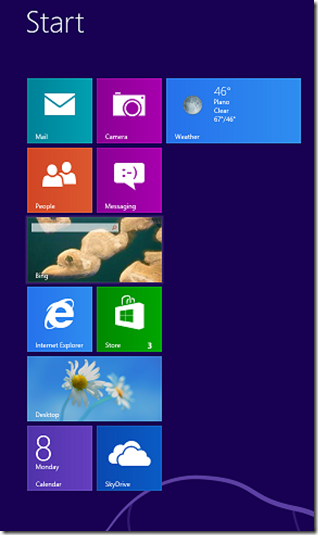 You can also arrange tiles into groups.  Groups allow for a logical separation of tiles and have a large space dividing them.  When moving a tile between groups, you will see a bar appear, signifying you are moving it into a different group.


Figure 10: Bar appearing between groups when moving Weather app to a new group 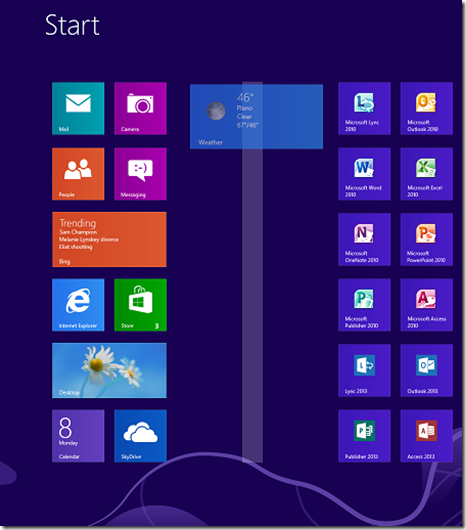 Once tiles have been arranged to your liking, the Start screen allows for group names which can be helpful in associating similar tiles.  To name groups, you must zoom out of the Start screen by doing one of the following:


Figure 11: Minus at the bottom right corner of Start screen

Once zoomed out, you may select the group and name it accordingly. 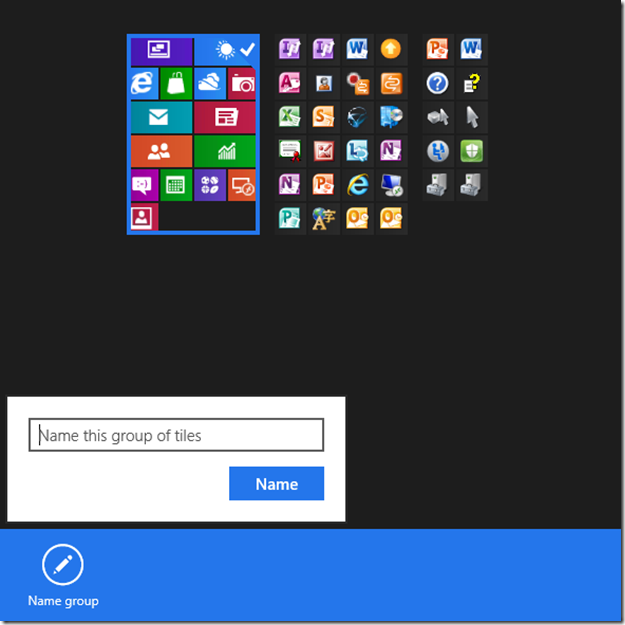 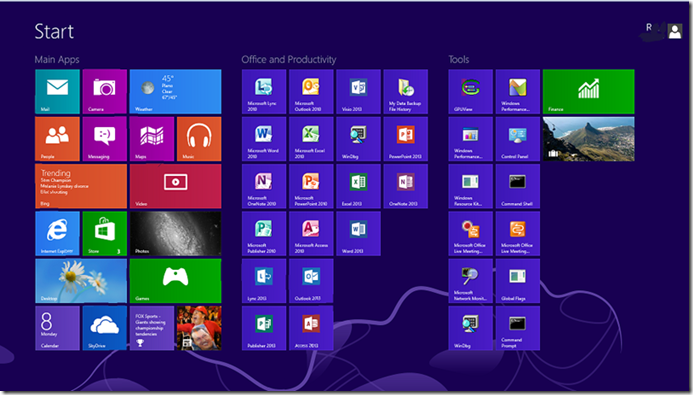 As you can see, you are able to personalize the Start screen to fit your needs and make it your own.