We’ve strived for feature-parity with 2008 R2, with the main visual change being accessibility through Server Manager.

So, where can I find it?

The shadow UI is located in Server Manager under Remote Desktop Services / Collections. 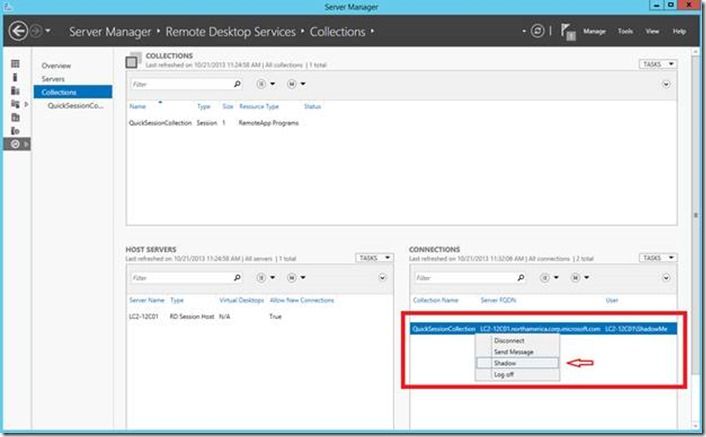 Simply right-click a user’s session and choose Shadow from the context menu, then choose to view or control the session with or without consent. 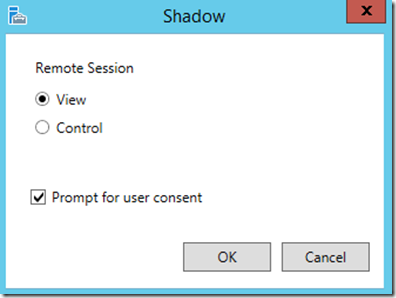 You may also access shadowing from the command line:

/v:servername If not specified, will use the current server as the default.

/u:username If not specified, the currently logged on user is used.

/control If not specified, will only view the session.

/noConsentPrompt Attempts to shadow without prompting the shadowee to grant permission.

By default, a shadowee must explicitly give permission to allow their session to be shadowed. To be able to shadow without permission, the administrator must intentionally override this with a group policy set to allow shadowing without user permission. 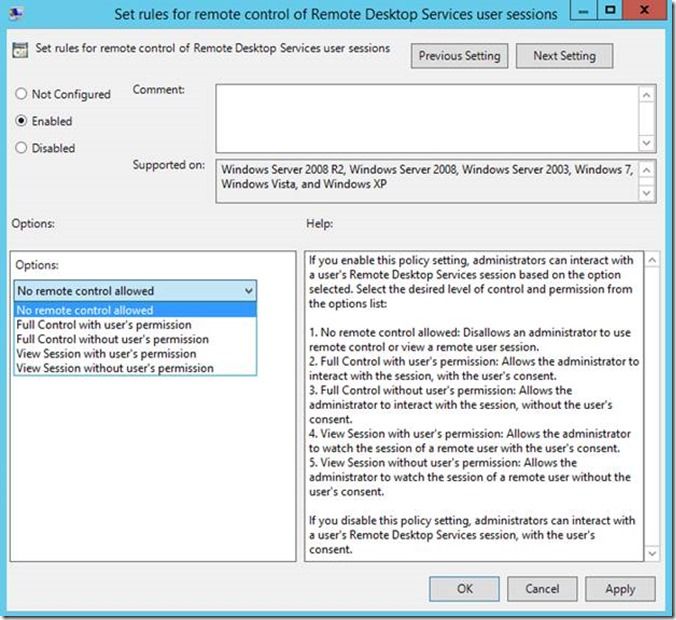 There are a couple of key limitations that you should be aware of:

I hope everyone is able to (re)integrate this extremely helpful tool in their remote desktop environments and get those older deployments moved to Windows Server 2012 R2.