Turn on suggestions
Auto-suggest helps you quickly narrow down your search results by suggesting possible matches as you type.
Showing results for
Show  only  | Search instead for
Did you mean:
Windows 7 / Windows Server 2008 R2: AppLocker
By

Happy Monday everyone.  It’s Day Nineteen of our Launch Series, which means that there are only three more days until Windows 7 appears on store shelves!  Today, we’re going to provide a really quick overview of AppLocker, which is a new feature in Windows 7 and Windows Server 2008 R2.  AppLocker replaces the Software Restriction Policies (SRP’s) that many of you are probably familiar with.  With AppLocker, an administrator has the ability to control how users run all types of applications – scripts, excecutables, Windows Installer files (.msi and .msp files) and Dynamic Link Libraries (DLL’s).  Seasoned admins have probably made use of SRP’s in the past, but some of you may be wondering why this is even an issue.


Most of us on the Performance team were IT Administrators at one time or another prior to joining Microsoft.  Believe me when I tell you that we all have our fair share of horror stories.  We’ve all been in environments where end-users have brought in software from home or downloaded some sort of shareware or freeware and installed it on their machine.  In most of these cases, there was no real business need for these apps – let’s face it, is having a “cool” screensaver really a justifiable business application?  Probably not in the vast majority of cases.  Of course, almost inevitably, the software would cause other issues – leading to more helpdesk calls, some fairly angry end-users and of course, some really angry IT folks.  Enter SRP’s, where administrators could create rules and policies to block the installation of some of the more … popular … pieces of unauthorized software.  We’re really not going to get into the workings of Software Restriction Policies – if you need more information, refer to this TechNet Article .


Getting back to AppLocker, there are several enhancements: 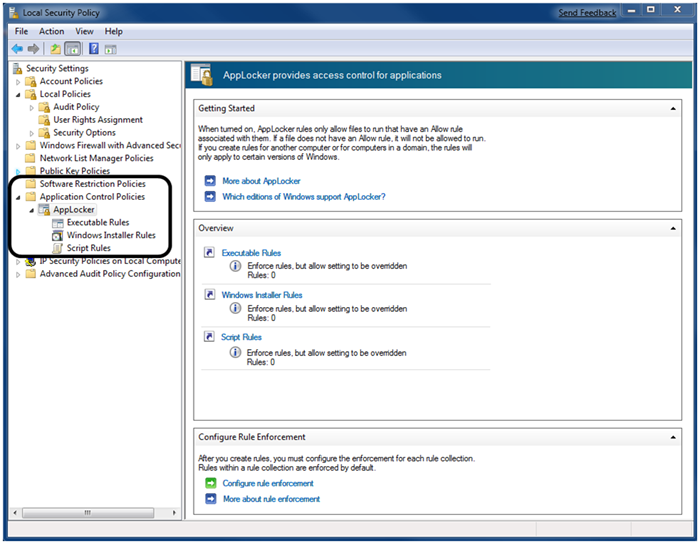 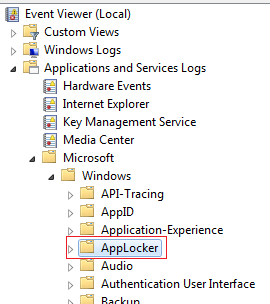 
And that’s all for AppLocker.  The resources below have more information.  Tomorrow, Jerry Ciferri will provide a quick overview of Windows Federated Search.