Turn on suggestions
Auto-suggest helps you quickly narrow down your search results by suggesting possible matches as you type.
Showing results for
Show  only  | Search instead for
Did you mean:
Windows 7: The Upgrade Experience
By


Good morning folks.  Many of you are probably running a build of Windows 7 on one of your machines.  If so, then you need to read the latest blog post over at the Engineering Windows 7 blog regarding the Upgrade Experience.  With the Release Candidate build just around the corner (no, I don’t have a date or a build number that I can share with you!) the Windows 7 team is looking for more data regarding system upgrades from Windows Vista to Windows 7 Release Candidate builds.  The upgrade scenarios that are the most useful are not the “build-to-build” upgrades, but rather the broad customer experience which will be from Windows Vista to Windows 7.

You can read more about their request at their blog – the post is titled, “ Delivering a quality upgrade experience ”.

One quick note to close out this post – if you are running a Windows 7 build that was released after the official Beta build (build 7000) and try to upgrade to the Release Candidate build, you ay experience an issue when you attempt the upgrade.  There is a version check for the pre-release upgrade (there will be a similar one for folks upgrading from Release Candidate builds to RTM builds).  Below is the information on how to bypass this check only if you absolutely have to . 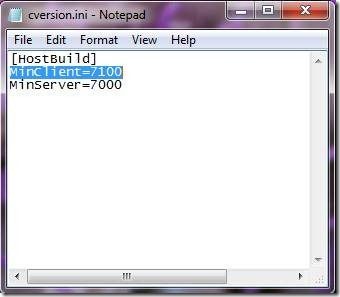 As always – you should only be installing officially released builds from Microsoft.  That’s it for today, we’ll see you on Friday!  Until next time …