Turn on suggestions
Auto-suggest helps you quickly narrow down your search results by suggesting possible matches as you type.
Showing results for
Show  only  | Search instead for
Did you mean:
Highly Available RDS 2008 R2 License Servers
By

Server 2008 R2 is similar, but there are some features that work differently. For example, the Auto Discovery feature that helped TS servers find the license server is no longer available in 2008 R2 ( https://technet.microsoft.com/en-us/library/cc731605.aspx ). By design, you tell your session hosts how to find your license server via RD Licensing Manager, GPO, or the registry ( https://technet.microsoft.com/en-us/library/cc770585.aspx ). 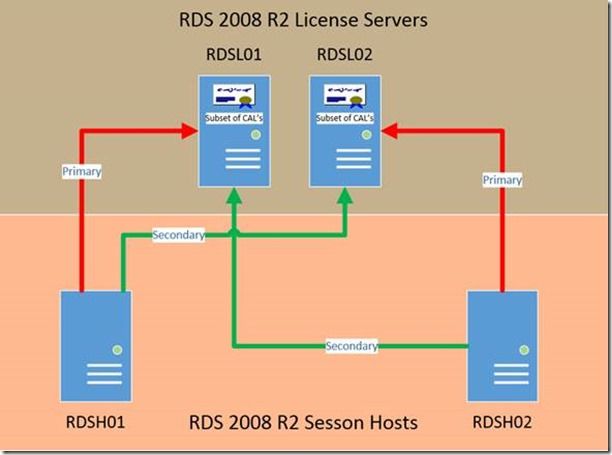 NOTE: You will need take into consideration how many users / computers will be connecting to which session hosts. For example, if RDSH02 is going to have twice as many users connecting to it, you will want to install more CAL's on RDSL02 as it is serving as the primary licensing server for that session host.

If you configure your session hosts through GPO, you go to the following: 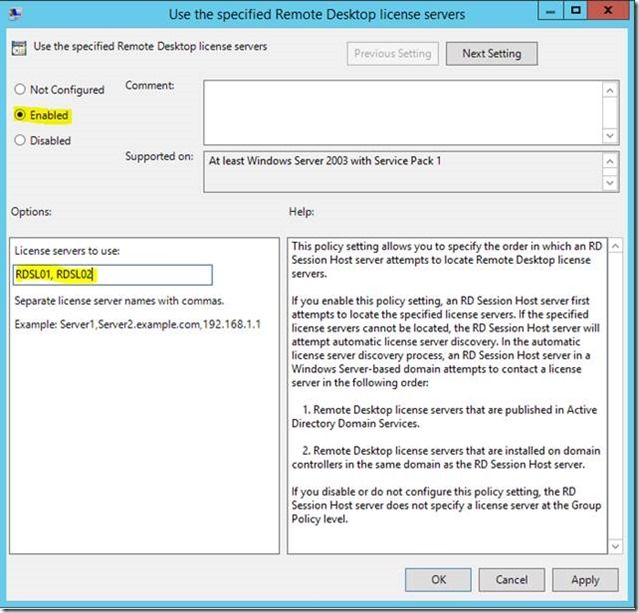 This is a basic setup for a highly available license server in Server 2008 R2.