Turn on suggestions
Auto-suggest helps you quickly narrow down your search results by suggesting possible matches as you type.
Showing results for
Show  only  | Search instead for
Did you mean:
Aurthur Anderson's Bio
By 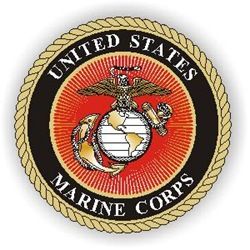 I am a Support Escalation Engineer for one of the Platforms Performance teams in Las Colinas, TX.  I joined Microsoft in July of ‘98 after serving in the Marines for 4 years where I was a 4066 – Small Computer Systems Specialist.  I supported Windows NT 3.51-4.0, Dos 5 and Windows 3.11-95.  Before the Marines the only exposure I had to computers was navigating a Windows 3.1 folder structure to find the games I wanted to play.

I like to take long walks along the beach - especially in combat boots, fully loaded down with gear along the shores of Camp Pendleton, CA.  Oh yeah and Camp Smith, HI where I was stationed for the remainder of my enlistment.  Once a jarhead, always a jarhead!

Since leaving the Marines I’ve called Texas my home, and the troubleshooting of Windows Performance issues my life - except for when I corrupt my kids by playing a variety of XBox 360 games with them.