Turn on suggestions
Auto-suggest helps you quickly narrow down your search results by suggesting possible matches as you type.
Showing results for
Show  only  | Search instead for
Did you mean:
On-premises connectivity from Azure Monitor: a serverless approach
By 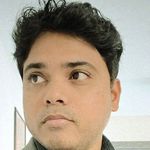 One of the obvious benefits of open, cloud-based technologies is the ability to integrate a wide range of global services with on-premises resources. If you’ve developed for financial services for any length of time, you know this openness adds another level of complexity to development. When money movement is involved, you’re going to encounter a higher level of risk and compliance considerations.

This blog highlights just such an issue encountered by the DevStudio engineering team here at Fiserv, and how we solved it. I hope this blog helps you understand not only how our team works but gives you useful context for implementing your own solutions that prioritize security and compliance without sacrificing speed or functionality.

The API portal (DevStudio) from Fiserv runs on Azure RedHat OpenShift and leverages many of Azure’s managed services, such as Cosmos DB, Redis, ACR and others. All resources run in a secure, private VNET subnets with multiple layers of WAF providing OWASP/DDOS protection.

Azure Monitor is a globally managed service that provides many features, including monitoring, log analytics and alerting. Azure alerts triggered from Azure Monitor have public IP addresses currently blocked by Fiserv network policies. One solution to address this connectivity issue is to route all metrics and logs to the on-premises Splunk server and leverage existing Splunk/Moogsoft integration to manage alerts.

Treating metrics as logs is an anti-pattern and should be avoided for the following reasons:

A simple Java Azure function can be created to process the alert from Azure and to route to the Moogsoft Internal API (Fiserv) server.

VNET integration: To connect to Fiserv, the function was integrated with a spoke VNET where the rest of the Azure managed services for DevStudio are currently deployed. Azure functions require a dedicated subnet for such VNET integration, and a new subnet was created for this purpose. VNET integration provides the function access to resources in the VNET, which also includes routes to on-premises infrastructure

To access the VNET resource from the function, the following configuration setting must be added to Azure function:

Access restrictions: While VNET integration provides secure access to resources in VNET, it does not provide private access to Azure function. To restrict access to only the Azure Alert Manager action group, add the following access restriction in the networking section of VNET:

The problem could have been addressed by deploying the code sample provided in a docker container in ARO cluster. However, it adds dependency on ARO resources that could crash, potentially affecting alerting as well. Deploying the code in a separate set of load balanced VM’s was also considered, but that entails doing the heavy lifting of creating, maintaining and monitoring another component, which further increases the cost of ownership.

Azure functions are fully managed, can auto scale, support perpetual warm instances and priced based on core usage. Using Azure functions eliminates the need to maintain any infrastructure and provides a cost-effective and elegant solution to integrate with on-premises resources.