Turn on suggestions
Auto-suggest helps you quickly narrow down your search results by suggesting possible matches as you type.
Showing results for
Show  only  | Search instead for
Did you mean:
Go Cloud Native with Azure Container Apps
By 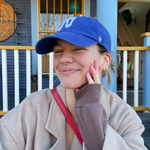 While I’m positive I’m not the first person to ask this, I think it’s an appropriate way for us to kick off this article: “How many developers does it take to define cloud native?”

I hope you aren’t waiting for a punch line because I seriously want to know your thoughts. Drop your perspectives in the comments...but if you ask me, the limit does not exist!

A quick online search of the topic returns a laundry list of articles, e-books, twitter threads, etc. all trying to nail down the one true definition. While diving into the rabbit hole of cloud native, you will inevitably find yourself on the Cloud Native Computing Foundation (CNCF) site. The CNCF is part of the Linux Foundation and aims to make "cloud native computing ubiquitous" through deep open source project and community involvement. The CNCF has also published arguably the most popularized definition of cloud native which begins with the following statement:

Over the past four years, my day-to-day work has been driven primarily by the surging demand for application containerization and the drastic adoption of Kubernetes as the de-facto container orchestrator. Customers are eager to learn and leverage patterns, practices and technologies that enable building "loosely coupled systems that are resilient, manageable, and observable". Enterprise developers at these organizations are being tasked with rapidly deploying event-driven, horizontally-scalable, polyglot services via repeatable, code-to-cloud pipelines.

While building cloud native solutions can enable rapid innovation, the transition to adopting a cloud native architectural approach comes with a steep learning curve and a new set of considerations. In a document published by Microsoft called What is Cloud Native?, there are a few key areas highlighted to aid customers in the adoption of best practices for building modern, portable applications which I will summarize below:

In many of the conversations I've had with customers that involve talk of Kubernetes and containers, the topics of cost-optimization, security, networking, and reducing infrastructure and operations inevitably arise. I personally have yet to meet with any customers eager to have their developers get more involved with infrastructure concerns.

One of my former colleagues, Jeff Hollan, made a statement while appearing on a 2019 episode of The Cloud Native Show where he shared his perspective on Cloud Native:

I must say that I agree with Jeff's perspective. In addition to optimizing development practices for the cloud native world, reducing infrastructure exposure and operations is equally as important to many organizations and can be achieved as a result of cloud platform innovation.

In May of 2022, Microsoft announced the general availability of Azure Container Apps. Azure Container Apps provides customers with the ability to run microservices and containerized applications on a serverless, consumption-based platform. For those interested in taking advantage of the open source ecosystem while reaping the benefits of a managed platform experience, Container Apps run on Kubernetes and provides a set of managed open source projects embedded directly into the platform including the Kubernetes Event Driven Autoscaler (KEDA), the Distributed Application Runtime (Dapr) and Envoy.

Container apps provides other cloud native features and capabilities in addition to those above including, but not limited to:

The ability to dynamically scale and support growing numbers of users, events, and requests is one of the core requirements for most cloud native, distributed applications. Azure Container Apps is purpose-built with this and other cloud native tenants in mind.

As a quick personal note before we dive into this section I will say I am a bit bias about Dapr. When Dapr was first released, I had an opportunity to immediately get involved and became an early advocate for the project. It is created by developers for developers, and solves tangible problems customers architecting distributed systems face:

While existing solutions were in the market which could be used to address some of the concerns above, there was not a lightweight, CNCF-backed project which could provide a unified approach to solve the more fundamental ask from customers: "How do I make it easy for developers to build microservices based on cloud native best practices?"

Enter Dapr! Dapr as described on its homepage:

"The Distributed Application Runtime (Dapr) provides APIs that simplify microservice connectivity. Whether your communication pattern is service to service invocation or pub/sub messaging, Dapr helps you write resilient and secured microservices. By letting Dapr’s sidecar take care of the complex challenges such as service discovery, message broker integration, encryption, observability, and secret management, you can focus on business logic and keep your code simple."

The Container Apps platform provides a managed and supported Dapr integration which eliminates the need for deploying and managing the Dapr OSS project. In addition to providing managed upgrades, the platform also exposes a simplified Dapr interaction model to increase developer productivity and reduce the friction required to leverage Dapr capabilities. While the Dapr integration makes it easier for customers to adopt cloud native best practices in container apps it is not required to make use of the container apps platform.

For additional insight into the dapr integration visit aka.ms/aca-dapr.