Turn on suggestions
Auto-suggest helps you quickly narrow down your search results by suggesting possible matches as you type.
Showing results for
Show  only  | Search instead for
Did you mean:
Discover your application’s breakpoint using Azure Load Testing
By 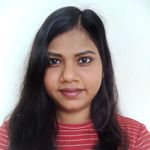 You’ve been assessing the performance of your application. You’re confident that it’s functioning well. So, what next?

As the product manager for Azure Load Testing, I've been working with many customers to validate our preview release. Some of them have discovered their application’s breakpoint by testing different load configurations before noticing a performance degradation.

Let’s walk through the process. We’ll run a load test on a sample application hosted on an Azure App Service and Azure Cosmos DB to identify its breakpoint.

Step 1: Create and run the test:

Screenshot that shows linear load configured in a JMeter script.

Screenshot that shows a test run with constant response time and no errors.

Notice below that the test run I ran for this application shows a sudden increase in the response times and errors. At the same time, the number of requests per second reduced significantly.

Screenshot that shows a sudden increase in the response times and error responses.

Screenshot that shows the application's breakpoint in the requests per second chart.

By monitoring the server-side metrics, you can identify which component failed first. As you can see from the metrics for this sample application, the Azure App Service plan, the CPU percentage, and the Memory percentage metrics are within an acceptable range. Notice that the Normalized RU Consumption metric shows that the database reached 100 percent resource utilization at the breakpoint. Increasing the provisioned throughput of the database might improve performance.

Screenshot that shows resource utilization of server side components.

In summary, we looked at how to determine an application’s breakpoint using Azure Load Testing. We also went through how to use criteria to determine which application components act as the first bottleneck at the breakpoint.
Use the comments section to let the community know if you were able to discover a breakpoint during your test run. If you have any feedback on Azure Load Testing, let us know using our feedback forum.