Turn on suggestions
Auto-suggest helps you quickly narrow down your search results by suggesting possible matches as you type.
Showing results for
Show  only  | Search instead for
Did you mean:
Building Serverless Go Applications with Azure functions custom handlers
By 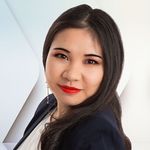 Check out the main site at https://aka.ms/serverless-september to read other posts, participate in a Cloud Skills Challenge, explore a Serverless Hack, and participate in live Q&A with product teams on #AskTheExpert

If you have been working with Azure functions for a while, you may know Azure Functions is a serverless FaaS (Function as a Service) offered provided by Microsoft Azure, which is built for your key scenarios, including building web APIs, processing file uploads, responding to database changes, processing IoT data streams, managing message queues, and more.

What and why custom handler?

Azure functions support multiple programming languages including C#, F#, Java, JavaScript, Python, typescript, and PowerShell. If you want to get extended language support with Azure functions for other languages such as Go, and Rust, that’s where custom handler comes in.

Message processing is one of the key scenarios that Azure functions are trying to address. In the message-processing scenario, events are often collected in queues. These events can trigger Azure functions to execute a piece of business logic. You can use the Service Bus trigger to respond to messages from an Azure Service Bus queue, then it’s up to Azure functions custom handlers to take some further actions to process the messages. The process is described in the following diagram:

In Azure function, the function.json defines the function's trigger, input and output bindings, and other configuration settings. Note that every function can have multiple bindings, but it can only have one trigger. The following is an example of setting up the Service Bus queue trigger in the function.json file :

You can add a binding definition in the function.json to write the output to a database or other locations of your desire. Supported bindings can be found here.

As we’re programming in Go, so we need to set the value of defaultExecutablePath to handler in the customHandler.description section in the host.json file.

Assume we’re programming in Windows OS, and we have named our go application as server.go,  after we executed go build server.go command,  it produces an executable called server.exe. So here we set server.exe in the host.json as the following example :

We’re showcasing a simple Go application here with Azure functions custom handlers where we print out the messages received from the function host. The following is the full code of server.go application :

Ensure you have Azure functions core tools installed, then we can use func start command to start our function. Then we’ll have have a C#-based Message Sender application on Github to send out 3000 messages to the Azure service bus queue. You’ll see Azure functions instantly start to process the messages and print out the message as the following: 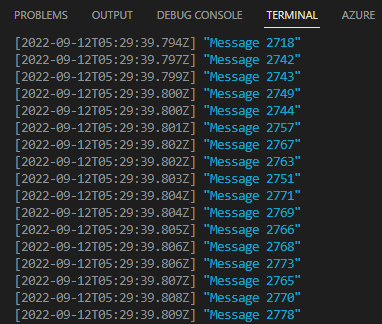 Let’s go back to Azure portal portal the events see how those messages in Azure Service Bus queue were being processed. There was 3000 messages were queued in the Service Bus queue ( the Blue line stands for incoming Messages ). The outgoing messages (the red line in smaller wave shape ) showing there are progressively being read by Azure functions as the following :

Check out this article about monitoring Azure Service bus for further information.

Thanks for following along, we’re looking forward to hearing your feedback.  Also, if you discover potential issues, please record them on Azure Functions host  GitHub repository or tag us @AzureFunctions on Twitter.

Start to build your serverless applications with custom handlers, check out the official documentation:

Life is a journey of learning.  Let’s stay tuned!