Turn on suggestions
Auto-suggest helps you quickly narrow down your search results by suggesting possible matches as you type.
Showing results for
Show  only  | Search instead for
Did you mean:
Windows Home Server 2011 End of Mainstream Support
By

First published on TechNet on Jul 03, 2017
Windows Home Server 2011 mainstream support ended in the second quarter of 2016. You can see all of the support lifecycle dates on the Microsoft Lifecycle page here .

What does this mean for you?

This means that Microsoft will no longer issue security updates for the Home Server-specific components that make up Windows Home Server 2011. If you are still running Windows Home Server 2008 or Windows Home Server 2011, Microsoft recommends bringing in a new device running Windows Server Standard or Windows Server Essentials and migrating your roles, features and data to the new appliance. Today’s new hardware is significantly faster and cheaper and can better handle the latest Windows security infrastructure, roles and features. Customers moving to a modern operating system will benefit from dramatically enhanced security, broad device support, higher user productivity, and a lower total cost of ownership through improved management capabilities.

The Home Server line of products had a very enthusiastic fan following -- it introduced the concept of a server in the house to the world and books appeared to make sense of it all. 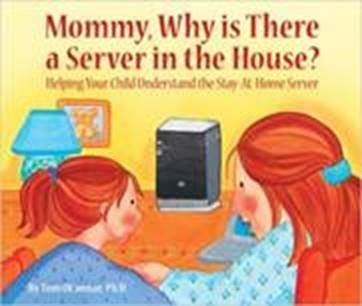 Microsoft learned quite a bit helping and supporting hundreds of thousands of home users and small businesses to deploy Windows Server. If you are looking to upgrade your old Windows Home Server, now is a great opportunity to look at the new devices available and move to a modern platform.

For more information about Windows Server Essentials see the documentation site and it can be purchased at the Microsoft store .