Turn on suggestions
Auto-suggest helps you quickly narrow down your search results by suggesting possible matches as you type.
Showing results for
Show  only  | Search instead for
Did you mean:
Unable to Manage DHCP When an Invalid Name Record Exists in your Hosts File
By


[Today's post comes to us courtesy of Wayne McIntyre]

Under certain circumstances, you might be unable to manage DHCP and get a screen like the one shown below. 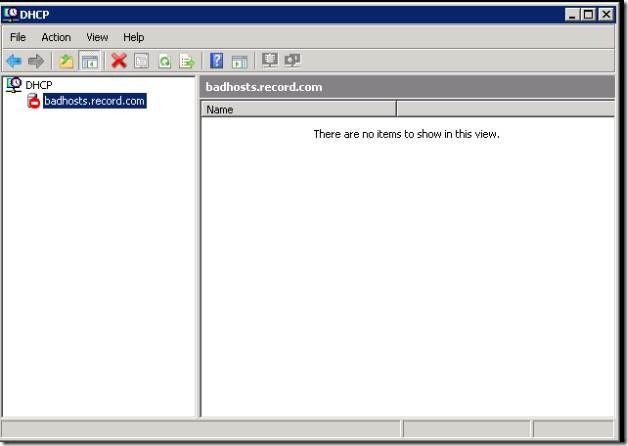 Among a number of causes, this could be the result of having a record for the servers IP address in your hosts file which resolves to a name that does not exist in Active Directory. Since DHCP does a reverse lookup on the binding IP (your internal server’s IP) to discover the computer object in AD to authorize it for DHCP services, a return of an invalid hostname will cause the authorization to fail.  You can verify this as well by performing a ping test as follows to verify the bad resolution of the servers IP to its name. On this example, we will assume that the server’s internal IP is 192.168.16.2 and the server name is SERVER.CONTOSO.LOCAL.

To resolve this simply delete the record out of your hosts file which is found in %windir%\system32\drivers\etc.

If you need to create an alternate record for your servers local IP, we recommend that you first read on how SBS 2008 automatically creates DNS records for internal name resolution using your external namespace when you run the Internet Address Management Wizard as this most likely will cover most of the scenarios. Furthermore, you can also access an SBS 2008 server using the host name “sites” (I.E.: \\sites or https://sites )

For more information on the IAMW and how it configures the SBS server, please check the following links: