Turn on suggestions
Auto-suggest helps you quickly narrow down your search results by suggesting possible matches as you type.
Showing results for
Show  only  | Search instead for
Did you mean:
Enterprise Hotfix Rollup for Windows 7 SP1 and Windows Server 2008 R2 SP1 Available Now
By

To view the list of hotfixes included in this hotfix rollup, please visit http://support.microsoft.com/kb/2775511/EN-US .

How to get the Hotfix Rollup

This update is available from the Microsoft Update Catalog . Type 2775511 in the search field that is located in the upper-right corner of the catalog webpage. 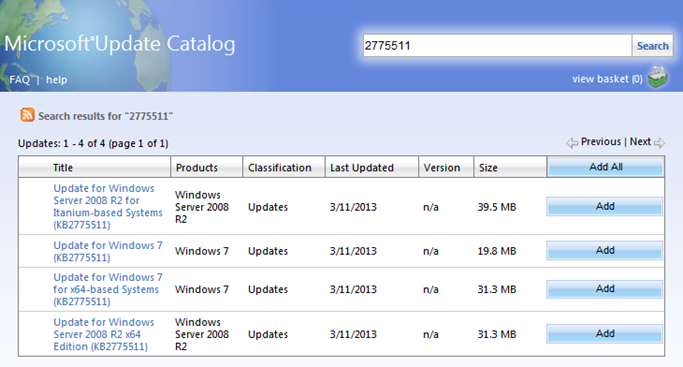