Turn on suggestions
Auto-suggest helps you quickly narrow down your search results by suggesting possible matches as you type.
Showing results for
Show  only  | Search instead for
Did you mean:
A fix for Virtual Private Network issue in Windows Server 2016 Essentials has been released
By

There is a known issue with Virtual Private Network failure every 24-48 hours in Windows Server 2016 Essentials due to domain certificate auto-renewal. We are pleased to share that the fix for this issue has been included with the following Cumulative Update for Windows Server 2016:

The issue is described here in brief:

VPN may work for a day or two and then fails with the following error: 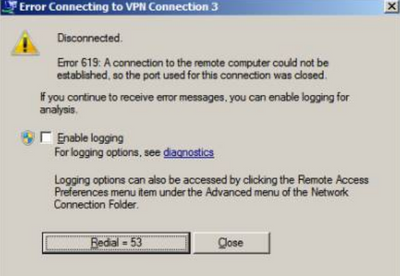 Resolution: The fix for this issue has been included with the Cumulative Update (August) for Windows Server 2016. You can install it via Windows Update or from the following link: