In addition, Microsoft has introduced a specific GML for use on Academic products, shown in the image below. Please note that as defined in the LLA, this Logo is part of the GML acquired from a GML Supplier. It may not be used in print or online. 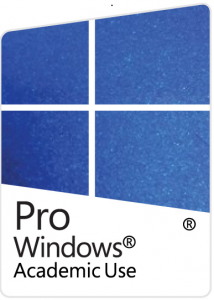 Finally, Microsoft is discontinuing the dark blue logo option for Windows 8-compatible and Windows 10-compatible logos. Existing labels may be used to exhaustion. No new orders for the dark blue option of the logos should be made. 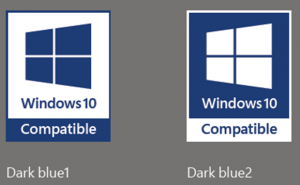