Turn on suggestions
Auto-suggest helps you quickly narrow down your search results by suggesting possible matches as you type.
Showing results for
Show  only  | Search instead for
Did you mean:
Windows Admin Center 1809.5 GA Update and Lenovo XClarity extension are publicly available
By 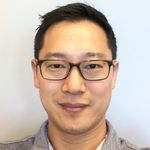 First published on on Jan 08, 2019
Windows Admin Center version 1809.5, which was released to Windows Insiders last December , is now publicly available as a GA (Generally Available) update. Version 1809.5 is a cumulative update to our 1809 GA release from last September which includes various quality and functional improvements and bug fixes throughout the product. Users who have installed version 1809.5 through the Windows Insider Program can continue to use the same version. Users with previous versions installed can install the update through Microsoft Update or install now from aka.ms/WindowsAdminCenter .