Turn on suggestions
Auto-suggest helps you quickly narrow down your search results by suggesting possible matches as you type.
Showing results for
Show  only  | Search instead for
Did you mean:
Announcing version 1.2 of the Cluster Creation extension
By

At Microsoft Ignite 2019 last month, we introduced Windows Admin Center version 1910 and a new Cluster Creation extension. Using this extension, you can deploy hyperconverged infrastructure from two or more suitable Windows Servers. The multi-stage workflow guides you through installing features, configuring networking, creating the cluster, and enabling Storage Spaces Direct and/or software-defined networking (SDN). This reduces what used to take hours of sweat, tears, and PowerShell into an experience that’s much more approachable.

The Cluster Creation extension is available in Preview so you can try it early. Throughout the Preview, the extension will be updated through the Windows Admin Center extension feed so that our engineering team can deliver features and fixes rapidly based on your feedback.

Today, we’re pleased to announce the second such update – version 1.2.

Version 1.2 of the Cluster Creation extension is available right now. It takes just a few seconds to install from within Windows Admin Center. If you don't see a toast notification, go to Settings > Extensions > Installed extensions and find the "Cluster Creation (Preview)" extension. 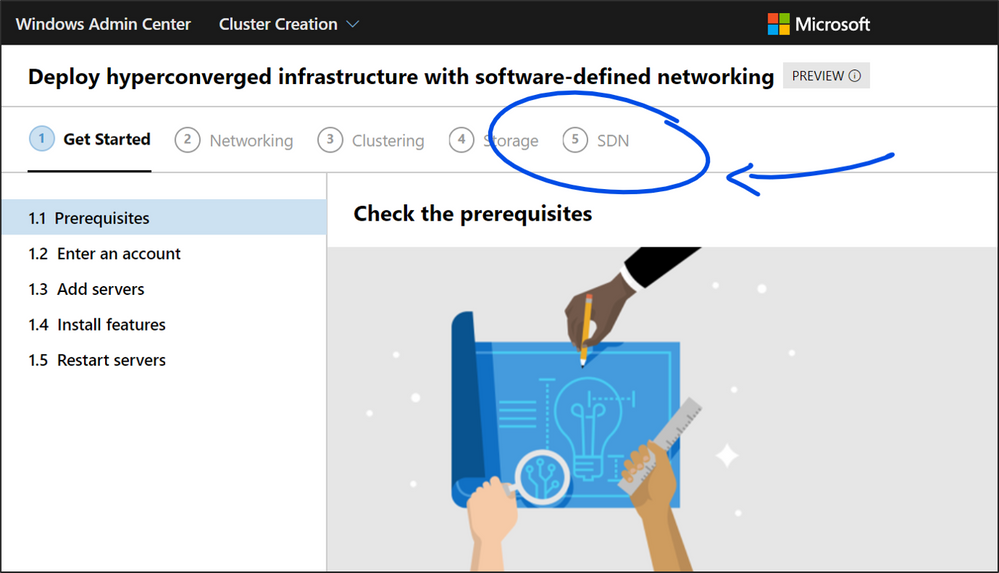 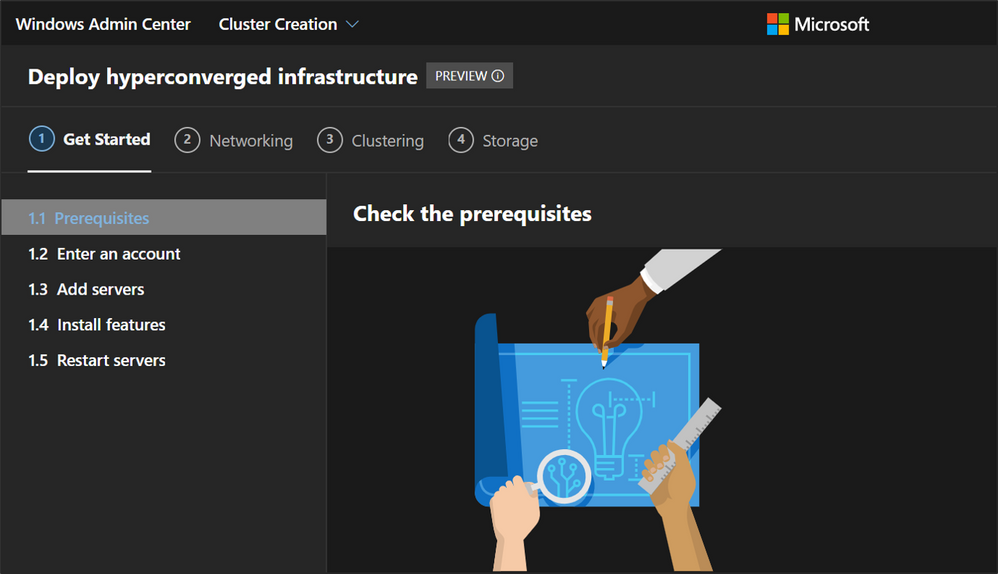 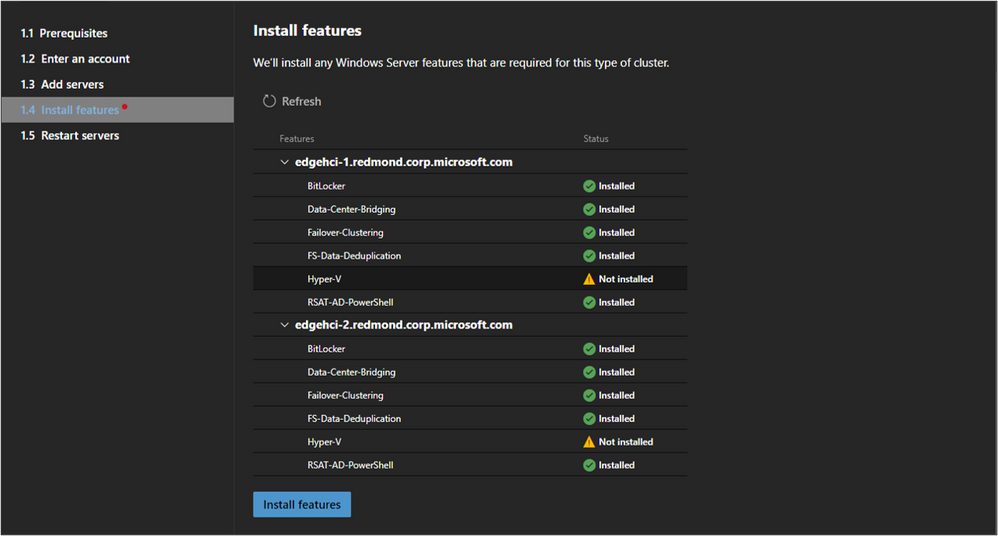 These changes are inspired by your feedback, so please keep it coming! Special thanks to Ravikanth, Marcel, Rizwan, Tolli, Ben, Jaromir, Fabiano, Samuel, Michael, Sumit, Goncalo, Shai, Gabriel, Clement, and everyone else who helped shape version 1.2. You can expect more updates soon as development continues.