After 6 months from the publication of the post - automatically block the answer!

After 6 months from the publication of the post - automatically block the answer!
 Submit an Idea
Idea Options
0

I think it is a waste of time, the author is not interested in the answer, because he already has a solution - it is also worth automatically blocking the possibility of replying after a month from the confirmed solution.

This will delete inactive discussions (read only)

Some threads are not simple Question and Answer, but discussion around some topic. They could continue for years, first I found https://techcommunity.microsoft.com/t5/excel/how-to-count-and-sum-quot-condtional-formatting-quot-ce...

After all, the thread after 5 years and 176 responses should be blocked - this is my suggestion .

I encourage everyone to support my idea.

I think this idea would need fleshed out a little more it tries to fix one problem by creating new ones in its current form.

I broadly agree, and indeed we are working through, an approach to manage archiving old and stale conversations but I don't think we can make sweeping statements on how useful a thread is by how old it is.  It's more likely to be a mix of how many views it gets, is there newer content that we should be directing people too, when was it last commented and do we still support the scenario in the product. To name but a few.

My broad support for a unified policy on content archival though has nothing to do with the speed of the site. Its more about keeping content relevant and up to date.

The amount of content wouldn't have that big an impact on site load times, certainly not as oppose to how the content is served up. The website today is significantly quicker than it was back in 2016/17 when I joined the team and, while there are some areas that I would like to be even faster, its probably about as fast as it can get at the moment.

The whole underlying architecture is getting re-worked next year and that's going to result in us having to do a major rebuilt of the site. I expect that will also see significant performance improvements.

Of course, a detailed solution requires analysis and I agree that 6 months is not the only condition, but other sites after 3 months block the possibility of replying.

IMHO, such restrictions are from older time. They add no value to users and practically do not improve site performance.

5 years old thread with 176 responses after few months of silent could receive another few dozen of responses. There are such examples.

But now no one has time to read 200 answers, young people want to click 2 times and have a solution to the problem - MTC must have a modern archiving policy to separate active topics that are still relevant and the rest should be read-only.

I have to say I agree with @Sergei Baklan, while there is clearly a need to archive old misleading conversations, in the modern social age people like to be able to comment on what ever they like.

also people who want to find what they are looking for in 2 clicks are probably not really using the community anyway. They will come into their content from Google or bing (other search engines are also available). This would also explain why today over 70% of all our traffic comes from search engines.

note: I’m not closing the idea though, I am happy to be convinced on this.

For those 70% of people who are here it is worth providing them with the best and up-to-date product - in IT 5 years it is difficult to believe that someone still wants to discuss it.

In another Microsoft Community, as I mentioned, after 3 months there are blocked responses. 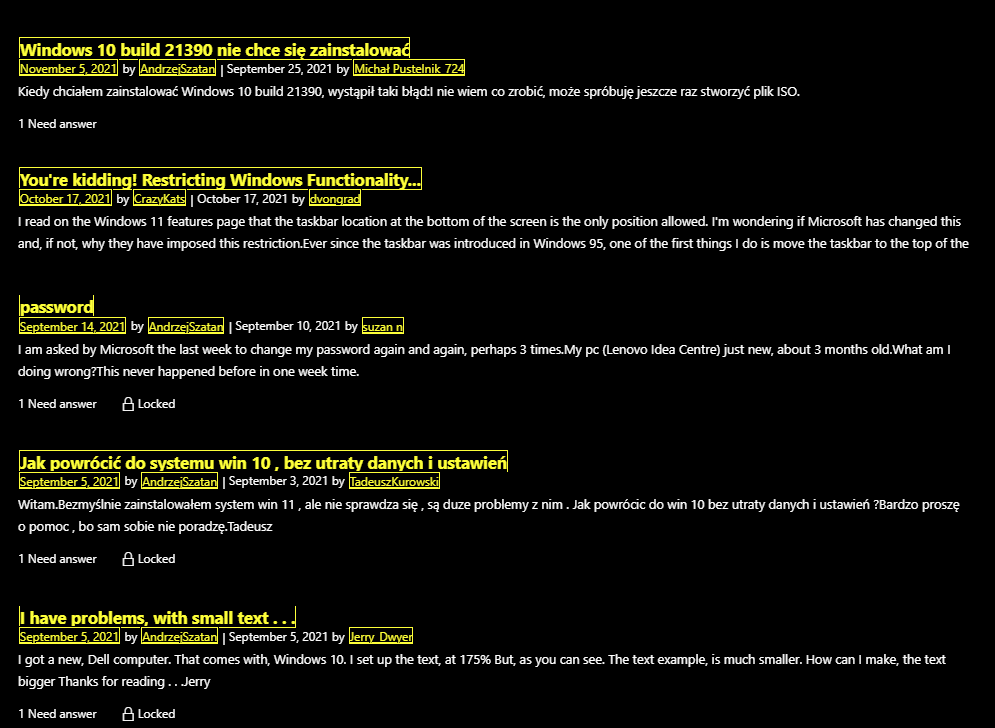 And one more Microsoft community blocks nothing 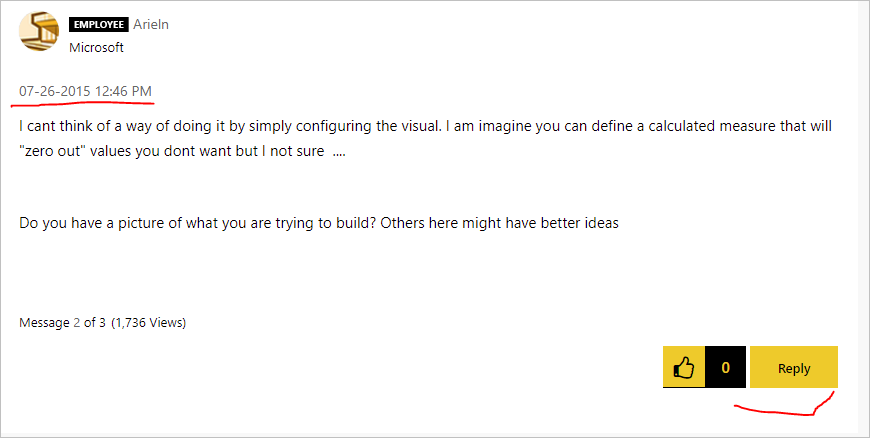 Thank you for the examples that justify my idea as necessary - I think that young people when they see the date of the post from 2015, they will definitely search for the latest thread in this topic - for me it is obvious

Oh, yes. In opposite older people prefer to check everything, never know where is useful information.

It would be great if useful information was in MTC and together we are looking for an idea for it!

@AndrzejX , it is in MTC, but not necessary in latest posts

So great discussion but no votes... where are we with this?

Thank you - please support my idea - of course improved Thanks Allen!

But I think this space is rarely visited, and Members don't know that they have the ability to create changes and improvements, so voting is not a good indicator =

I believe that Microsoft and MVP employees should be more active in evaluating ideas!