Turn on suggestions
Auto-suggest helps you quickly narrow down your search results by suggesting possible matches as you type.
Showing results for
Show  only  | Search instead for
Did you mean:
Service Provider Foundation Setup: Permission Problem w/ Database Config Step
By


For the last few weeks we’ve been getting intermittent reports from people who could not get past the database configuration step during installation of Service Provider Foundation.  I myself hit this repeatedly during prep work for the recent TAP airlift.  The screen in question is this one: 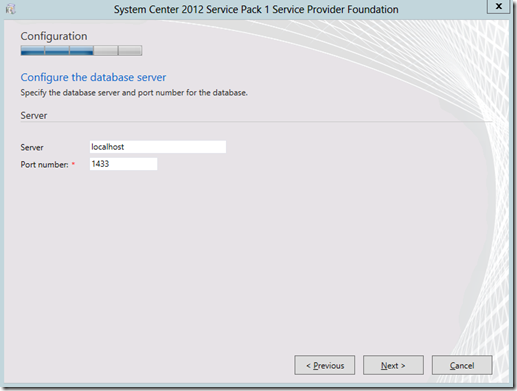 The problem behavior is that, when you hit “Next,” the process will appear to hang for 10-20 seconds, then pop up an error saying that the logged-in user lacks permission to create the database.

I considered titling this post “Manu Kapal is My Hero” because he (a dev on our team in System Center) came into my office this afternoon and told me he’d figured out what was causing this problem.  In the past people (myself included) had gotten around the problem by trying several things, and unfortunately nobody methodically stepped through each “fix” to see which one (or set) really did the trick. 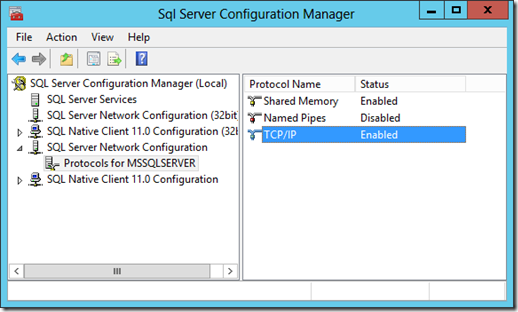 After that, all you have to do is restart the SQL Server main service (right-click and select “Restart”): 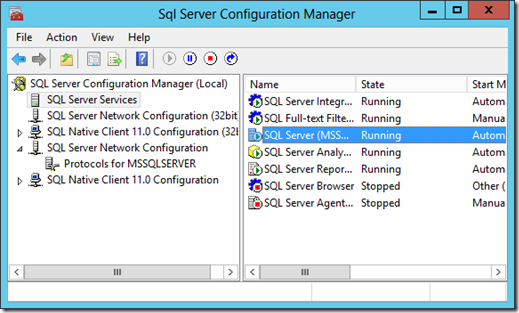 You actually don’t even have to cancel and restart setup (I just continued where I left off) but if you did that’s OK too.

Again, special thanks to Manu, and for that matter our entire dev/test team, for being the kind of people who stay with unsolved customer problems until a solution is found.