Who doesn’t love IT wallpaper?  Network diagrams, data model diagrams, Active Directory replication topology diagrams, server room floorplans – they can turn a bland cubical or office wall into a decorative piece of IT art for all the other IT geeks to admire.  Think of the respect you will get when you hang up a Virtual Machine Manager networking poster! 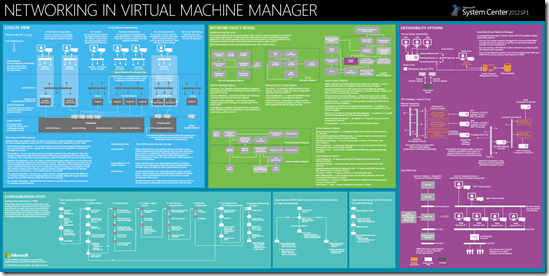 … Or grab a printed version at the Microsoft Management Summit next week!!

This poster for VMM in System Center 2012 SP1 can help you: