So what are the specifics of this extra, optional file, which holds an SMA connection type for the module it is a part of? The file is named based on the name of the module, in the form <ModuleName>-Automation.json , and should be placed within the module folder (within the module zip file).

The contents of this file is a JSON-formatted object. This object contains the fields of a “connection” that is required to connect to the system or service the module represents. This will end up creating a connection type in SMA. Using this file you can set the field names, types, and whether the fields should be encrypted and / or optional, for the connection type of the module. Valid field types are "System.String", "System.Int32", and "System.Boolean". Connection types are not updateable -- If after importing a module with a connection type, you want to change the fields of the connection type, add more fields, etc, in addition to changing the ConnectionFields property of the file to contain the fields you want, you also need to change the ConnectionTypeName property to something new, such as "<ModuleName>V2" in order for module import to succeed. The "IntegrationModuleName" property of this file currently has no effect.


Below is an example of the format and contents of this file for the Twilio module mentioned above. Requests to Twilio require passing a Twilio AccountSid and authentication token (AuthToken) in order to authenticate, so the connection type for Twilio contains these fields: 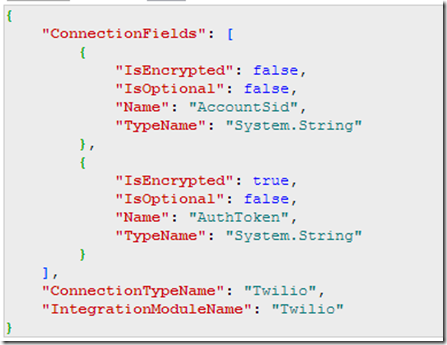 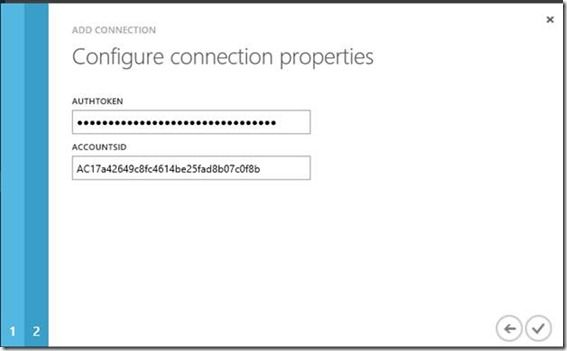 Of course, if you have multiple Twilio accounts, you can create a connection asset for each Twilio account so that you can connect to Twilio as any of these accounts (depending on which connection you choose in your runbook for the Twilio cmdlets).


Now, just because Integration Modules are essentially just PowerShell modules, that doesn’t mean we don’t have a set of best practices around authoring them. There’s still a handful of things we recommend you think about while authoring a PowerShell module, to make it most usable in Service Management Automation. Some of these are SMA specific, and some of them are useful just to make your modules work well in PowerShell Workflow, regardless of whether or not you’re using SMA.


1. Include a synopsis, description, and help URI for every cmdlet in the module


In PowerShell, you can define certain help information for cmdlets to allow the user to receive help on using them with the Get-Help cmdlet . For example, here’s how you can define a synopsis, description, and help URI for a PowerShell module written in a .psm1 file:

Providing this info will not only show this help using the Get-Help cmdlet in the PowerShell console, it will also expose this help functionality within SMA, for example when inserting activities during runbook authoring:

Clicking “View detailed help” will actually open the help URI in another tab of the web browser you’re using to access SMA.

2. If the module works against a remote system:

a. It should contain an Integration Module metadata file that defines the information needed to connect to that remote system, aka the connection type


You’re an expert on this one already

b. Each cmdlet in the module should be able to take in a connection object as a parameter


As an example of what I’m talking about, see below. This runbook uses a Twilio connection asset called joeTwilio to access Twilio and return all my Twilio phone numbers. See how I have to map the fields of the connection to the parameters of the cmdlet?

Now compare that with the below, better way of calling Twilio. In this case I am directly passing the connection object to the cmdlet, which is easier:

3. Define output type for all cmdlets in the module


Defining an output type for a cmdlet allows design-time IntelliSense to help you determine the output properties of the cmdlet, for use during authoring. As you can see below, the OutputType cmdlet attribute allows you to get “type ahead” functionality on a cmdlet’s output, without having to run it.

While SMA doesn’t use this data today, in the future we hope to enable it to help you construct runbooks more easily.

4. Cmdlets in the module should not take complex object types for parameters


This is of course because there is a type mismatch between the expected [System.Diagnostic.Process] type and the given [Deserialized.System.Diagnostic.Process] type. The way around this issue is to ensure the cmdlets of your module do not take complex types for parameters. Here’s the wrong way to do it -- as you can see, the cmdlet takes in a complex type as a parameter:

And here’s right way -- taking in a primitive that can be used internally by the cmdlet to grab the complex object and use it. Since cmdlets execute in the context of PowerShell, not PowerShell Workflow, inside the cmdlet $process becomes the correct [System.Diagnostic.Process] type.


5. Make all cmdlets in the module stateless


PowerShell Workflow runs every cmdlet called in the workflow in a different session. This means any cmdlets that depend on session state created / modified by other cmdlets in the same module will not work in PowerShell Workflow or runbooks. Here’s an example of what not to do: 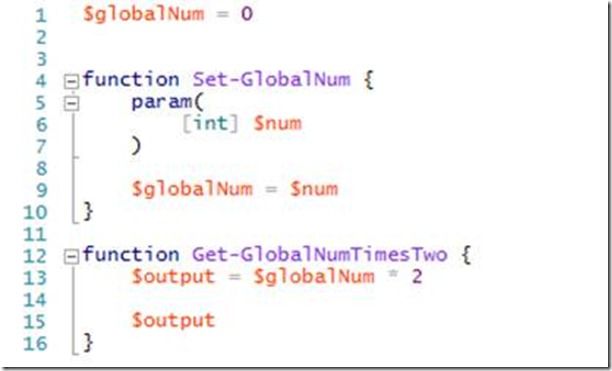 6. The module should be fully contained in an Xcopy-able package


Because SMA modules are distributed to all Runbook Worker hosts in order to run runbooks, they need to work independently of the host they are running on. What this means is that you should be able to zip up the module package, move it to any other host with the same or newer PowerShell version, and have it function as normal when imported into that host’s PowerShell environment. In order for that to happen, the module should not depend on any files outside the module folder (the folder that gets zipped up when importing into SMA), or on any unique registry settings on a host, such as those set by the install of a product. If this best practice is not followed the module will not be useable directly in SMA, and generating a portable module will be required.


By now you’re fully up to speed on what an SMA Integration Module is, how you’d write one, and what best practices to follow to make your Integration Modules truly shine in SMA. Integration is core to a successful orchestration strategy, and you should now have everything you need to build SMA integrations into any system.


Until next time, Keep Calm and Automate On.