What’s the secret to winning hackathons? A great idea, 22 hours without sleep and Microsoft Azure

What’s the secret to winning hackathons? A great idea, 22 hours without sleep and Microsoft Azure 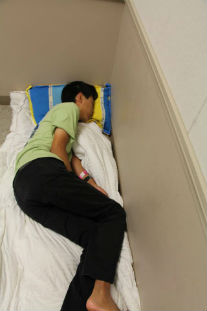 Hosted by Seattle’s University of Washington, DubHacks is the largest collegiate hackathon in the Pacific Northwest. With the likes of Microsoft, Google and Amazon as sponsors, there’s a lot of motivation to get noticed at these events. And the best way to do that?


Like Nick Bowmen (18) and Nelson Liu (18, pictured left). The duo forms team ASLSpeak - winner of both the Microsoft Hack Award and the EMC Isilon Hack Award.


Knowing they wanted to create something to help the disabled in some way, they came up with an idea that aims to aid American Sign Language (ASL) speakers.

The team says, “About 70 million deaf people use sign language as their first language. However, there is a radical gap in communication between the deaf and other members of society – the vast majority of citizens do not know how to speak sign language. As a result, we sought to use the Leap Motion to create a seamless, intuitive manner of sign language translation.” 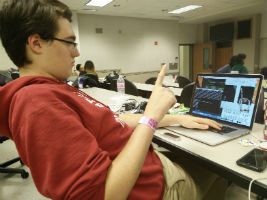 The team created ASLSpeak using Leap Motion, a hardware sensor device. Leap Motion gathered a variety of data on the hand motions of a sign language user and fed it into a machine learning algorithm to classify which letter or word was gesticulated. After identifying what was signed, ASLSpeak used a laptop's text-to-speech software to vocalize the translation.

The Microsoft Hack Award went to ASLSpeak because of its extensive use of Microsoft Azure – a cloud technology the team had never before used. In fact, it wasn’t until they saw Microsoft preview Azure at the beginning of the hackathon that they decided to use it for the project.

Nick (pictured right) said that with the help of Microsoft Senior Software Development Engineer Mustafa Kasap, the team was able to learn how to leverage Azure in three or four hours.

Nelson said, “Azure allowed us to easily and simply import our data to create a quick machine learning classifier. It was all a pretty smooth process and an overall great experience.” 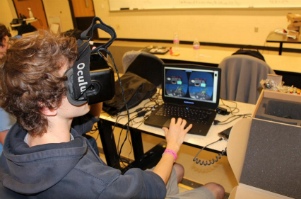 Microsoft Student Developer mentor, Scott Burmester, describes hackathons as a combo tech fair, dev scrum, and Green Day concert. Plus, the special blend of stress, sugar and no showers creates a unique hackathon fragrance. But the 300 college developers who attended last weekend’s DubHacks 2015 had more important things to do than shower.

The student devs enthusiastically filed into the Kane Hall auditorium on Saturday night to kick off the event by experiencing the weaponized inspiration of Dr. James Whittaker.

Buzzing with motivation, students posted up in the many rooms UW made available. For the next 22 hours, they would face many challenges including the quintessential hackathon dilemma – whether to sleep or power through with caffeinated sugar. 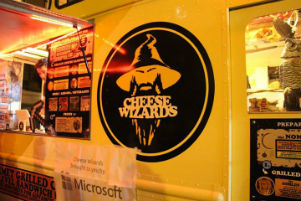 Hackathons are a great way to learn something new in a really short, concentrated period of time. To encourage innovation, Microsoft offered the use of Kinects, Surface Pro 3s and Microsoft Bands to the students to use. DubHacks gave students access to 3D printers and a few Oculus Rifts (pictured above.)

It was a grueling 24 hours, but DubHacks kept the students fueled and awake. At midnight, Microsoft sponsored a “snack-a-thon” with one of Seattle’s many local food trucks, including Cheese Wizards (pictured right.)

How did Nick and Nelson stay motivated to work around the clock? Walks in the cool, damp Seattle air. They also alternated sleeping. “Around 2 a.m., I just couldn’t get the Python script to compile. I took an hour nap, knowing I just wasn’t capable of contributing right then,” said Nelson. When he woke up to relieve Nick, Nick had finished the script. 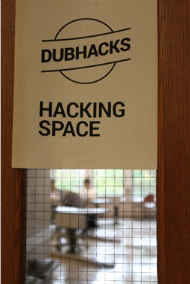 Nick gushed about DubHacks. “I've been telling everyone about how great hackathons are. I'm on the borderline of annoying people! We had no intentions of winning anything, we just wanted to come away with way more knowledge than we had going in.”

Nelson agrees. “Which we did – and I learned how to sign the entire alphabet! The atmosphere at DubHacks was electrifying; the sheer amount of interesting people and projects was a great catalyst for creativity.”

Want to learn Microsoft Azure so you can build something cool like Nick and Nelson? Be sure to check out our free Microsoft Azure student offer or our Hello Cloud contest and get started developing for the cloud today. And if reading about the UW hackathon has left you inspired to dream big and build a world-changing with technology, consider participating in this year’s Imagine Cup .
0 Likes
Like
Share