Want to change the world? Make it smarter with the Internet of Things!

Want to change the world? Make it smarter with the Internet of Things!

First published on MSDN on Apr 29, 2016
On a clear, sunny afternoon in mid-April, two student developer teams—Campus Innovators and SmartGrid—blew the minds of university staff, their professors and industry professionals. In just four months, these teams were able to demonstrate two ways that the Internet of Things (IoT)—that is, the billions of devices that connect, collect, and exchange data using the internet—could make people’s lives easier on a massive scale.

Rewind to November 2015: 44 students submitted proposals to the University of Washington Bothell (UW Bothell) IoT Challenge, co-sponsored by Microsoft. But only two teams would be awarded a $10,000 grant, a monthly stipend, and a network of mentors.

The competition’s creator, co-judge and Microsoft coordinator Colin Kwong said, “These teams stood out because they wanted to tackle core issues that affect people’s daily lives—and they’re doing so with the intelligence of cloud technology.” 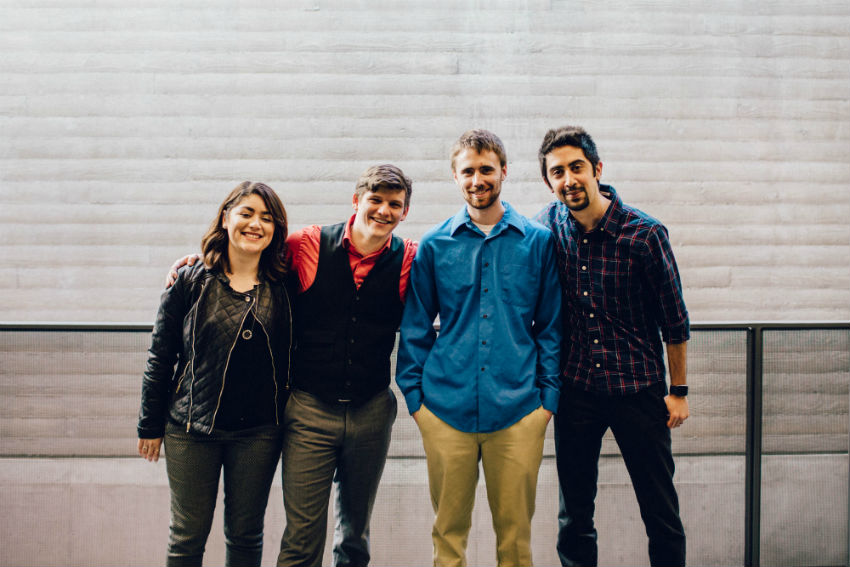 
Skyler said, “We wanted to empower students to solve on-campus problems, and to establish a platform or application program interface (API) that was simple and compelling enough to make any student—regardless of their technical background—wonder, ‘How will this work for me?’”

Fueled by their passion to support their classmates, Campus Innovators met as often as possible. Armin said they were in constant contact through every communication method available. He confessed that he was so excited about what his team was doing that he talked way too much during his parts of the presentation.

The Campus Innovators plan to cover the campus in sensors that automatically collect and store information in a platform built on mini computers, Microsoft Azure services and Windows 10 IoT Core (an operating system). UW Bothell students and faculty could connect to the smart campus platform wirelessly or via Bluetooth. From there, they could use web APIs to access and analyze stored campus data, build new apps, and generate reports.

Imagine if you wanted to study for an exam while on campus, but all your usual study spots were crowded and noisy. With Campus Innovators’ system, you could open an app on your phone to find the nearest, quietest and brightest place to crack open your books. Or maybe you’re running late and don’t have time to circle the parking lot a hundred times. This IoT system could tell you where to park before you even reach the lot 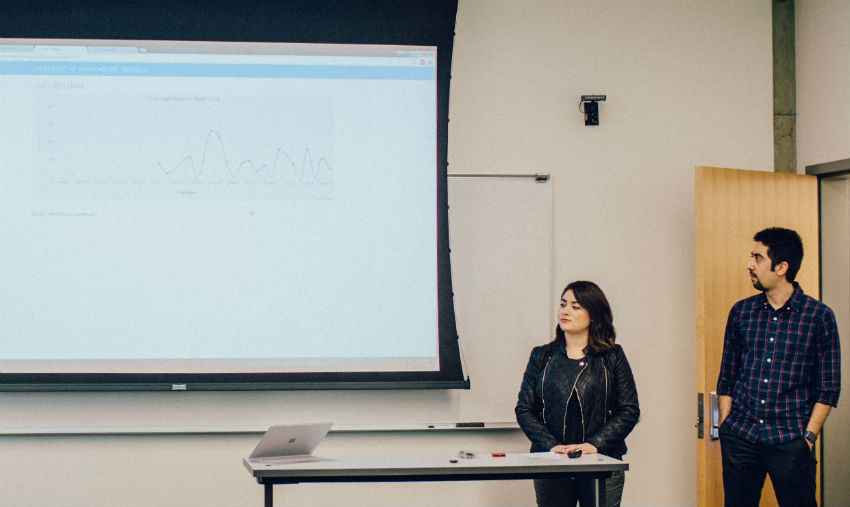 
There’s still a lot to do to make UW Bothell a smart campus, but this team is well on its way to making its mark. The team has already designed a way
to monitor light exposure. Even industry veterans in the room gasped when the on-screen bar graph dipped and crested as Laura covered and uncovered a sensor tag with her hand.


Life on the grid


Kiran Gurajala heard about the UW Bothell IoT Challenge through a professor and immediately knew he wanted to submit a proposal. The open-endedness of the challenge let him hand-pick his team and decide what solution to develop. He just didn’t know what he wanted to work on.

Ivan’s suggestion really resonated with Kiran, who grew up in a rural coal-mining town in India. He knew all too well what kind of impact a lack of electricity could have on a community. The UW Bothell IoT Challenge suddenly became a personal quest.

Kiran knew Alex Lee from another research project, and he recruited Justin Diekhans for his hands-on electrical engineering experience. Molly Herbert jumped on board because of her own time spent in India and for an opportunity to apply all that she was learning through her double major—Global Studies and Law, Economics and Public Policy. 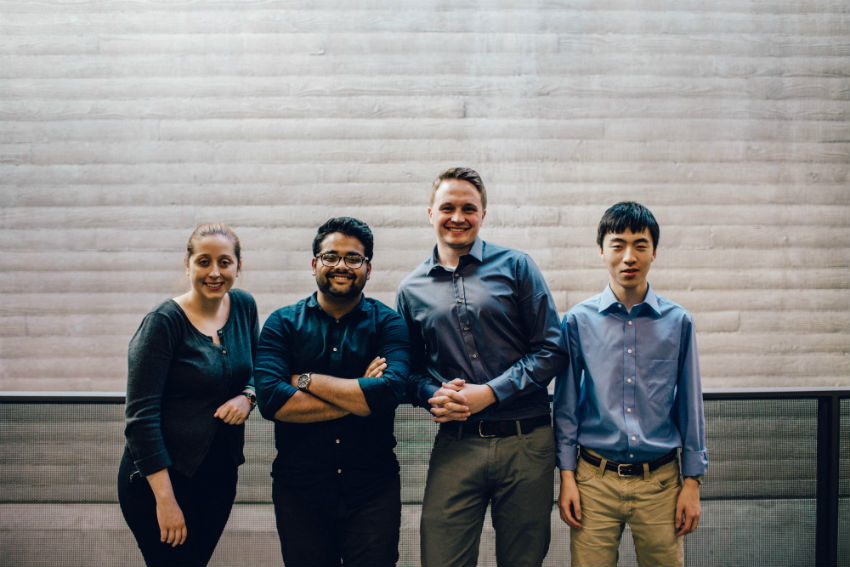 
The four formed SmartGrid, and they were determined to find a way to reduce power consumption without cutting power to entire neighborhoods (called “load shedding”). Originally, they explored ways to randomly select which houses lost power, but the idea quickly ballooned into a much larger concept: Instead of cutting 10 percent of a neighborhood’s power, what if you could trim 10 percent of energy consumption across every electricity-using device in the neighborhood?

For their load shedding idea to work, they would need to build something that was simple, cheap and could easily integrate into the home and existing power grid infrastructure. As Kiran put it, “If you can’t build this at home on a table, then it’s too complicated.”

So Justin set out to design a “smart outlet”—something that could adjust how much electricity flowed to a device—made of cheap, common parts. By the April deadline, Justin had constructed four wooden boxes, each outfitted with a standard U.S. electrical outlet, an Ethernet port, and a Raspberry Pi. (He was especially thrilled to use a laser cutter for the first time.) Alex coded the system, and Kiran devised the mathematical algorithms that adjusted load shedding. 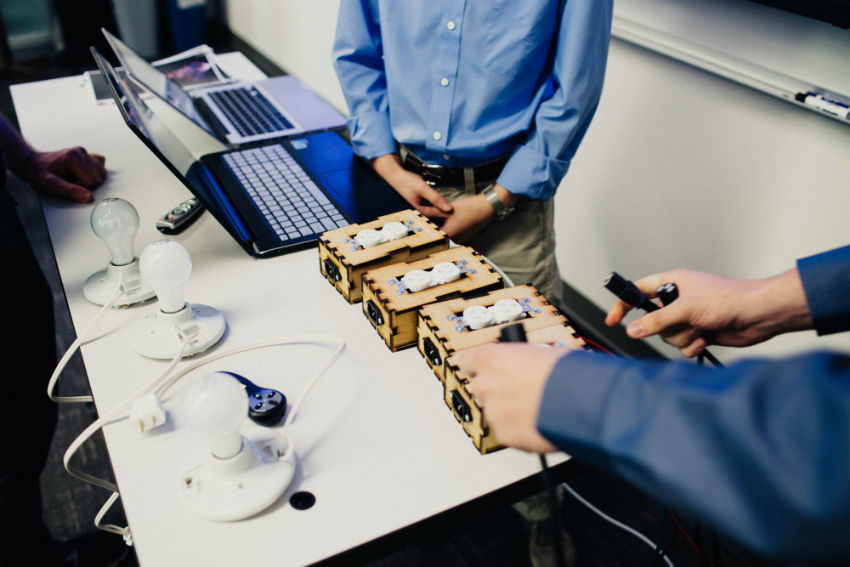 Justin sets up SmartGrid boxes for the live demo


In the real world, this IoT system could allow the power company to send a power reduction command to an Azure IoT Hub instance. The IoT Hub would relay that signal to the nearest SmartGrid box, the box would pass the power reduction signal to the next nearest smart outlet, and so on until every device in a neighborhood had 10 percent of its electricity taken off the top.

Consistent, reliable access to electricity can impact a person’s ability to work, to learn, and to live a productive, happy life—so it’s not a big surprise that SmartGrid has already been approached about the possibility of sharing their project during a campus-wide presentation.

The competition may be over, but the teams aren’t done yet, and they won’t be forgetting their experience any time soon. Both teams plan to continue their research and prototype development.

Interested in what you can do with IoT and Microsoft Azure? You’re in luck because Azure is free for students. Sign up for Azure today, and start building your own apps!