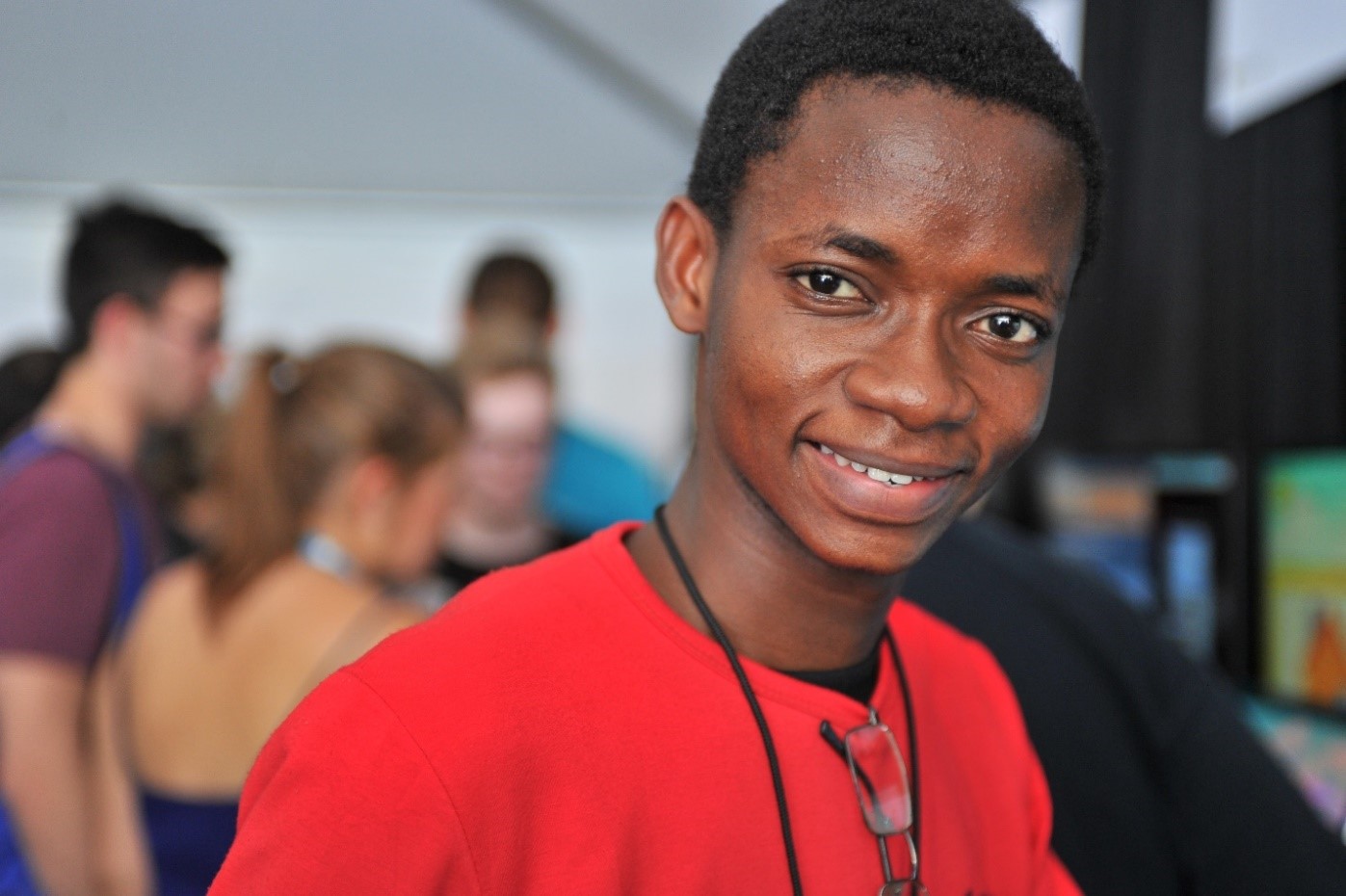 In 2002, Dara Oladapo walked with his two older brothers to the local cybercafé in Ibadan, Nigeria. The three boys went to the café intending to open a joint email account. There, Dara’s brother taught him how to hold the mouse, click on the screen and navigate around Windows.

That was the first time Dara touched a computer. He was 10-years old.

Unlike many of this millennial generation, Dara, now 23-years-old, did not spend his toddler years binge watching Sesame Street on Netflix or tapping a touch screen to talk to Grandma on Skype. But talking to him now, you’d think he was born a techie.

Two years later, when Dara turned 12, Dara’s mom bought the family a desktop computer. Dara saw the PC as any other household gadget: a prime target for tinkering. He dismantled many gadgets as a youngster and confesses with a laugh that he ruined several of them. He even got himself electrocuted once.

But he can’t help it, Dara is obsessed with discovering how things work behind the scenes.

But he couldn’t tinker to his heart’s content on the new family PC because he had to share the new toy with his entire family, and as the youngest of three boys, Dara didn’t exactly get first dibs. It wasn’t until the wee hours of the night, when the rest of the family slept, that Dara would have his chance to dig into the magical world of computing. Sometimes for entire nights at a time, he would stay up teaching himself how to mouse and type, how to navigate Windows, how to install software successfully, and eventually, how to code.

His home didn’t have Internet access, so he would research on the Web at local cybercafés. “I would save up my allowance to visit the cybercafé to just get information on new things. I bought a lot of those 3.5-inch diskettes just to save Web pages and read them later when I got home.”

Somewhere buried in those late nights and Web pages of research was an HTML lesson. From there, the love of computers and coding grabbed Dara.

How did he go from tinkerer to techie? Dara is truly a self-made man. “I seriously started programming in January 2011 with Microsoft [Visual Basic 6], playing with image controls with a tutorial I stumbled on online. Since then, my passion for creating things with code has sparked. This pushed me to learn C#, after which I progressed into other languages. “

To teach himself tech and coding, Dara takes advantage of the many free Microsoft Virtual Academy courses that cover areas such as HTML5 application development fundamentals and developing apps for Windows Phone and the Windows Store. Today, Dara has numerous apps in the Windows Phone Store, many focused on his homeland of Nigeria, including TribesAndLocation , political parties , Road Safety , NAFDAC (Nigeria’s food and drug regulatory agency) and my9ja (an app focused on Nigeria’s culture and history.) 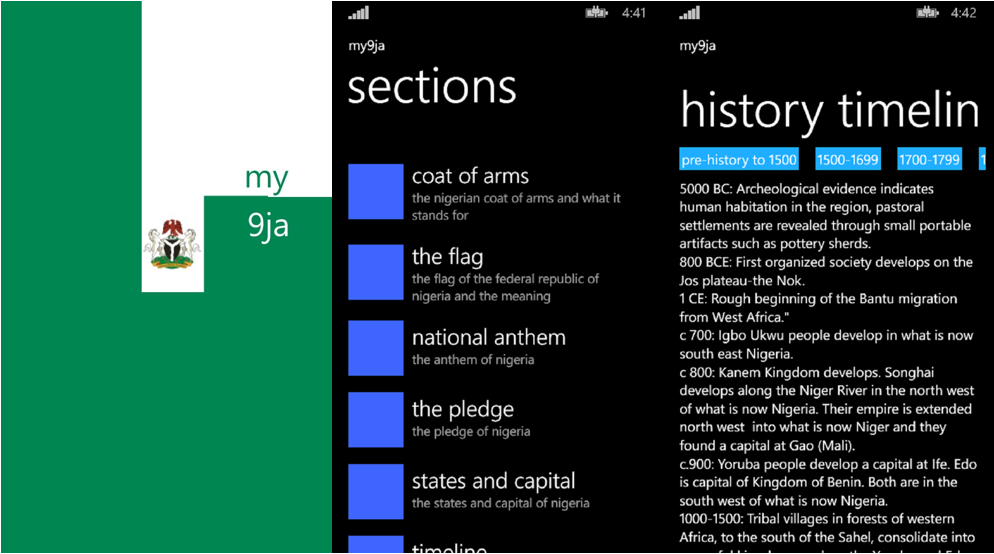 Now in his final year at The Federal University of Technology, in Akure, Nigeria – Dara’s list of accomplishments and current projects goes on and on. 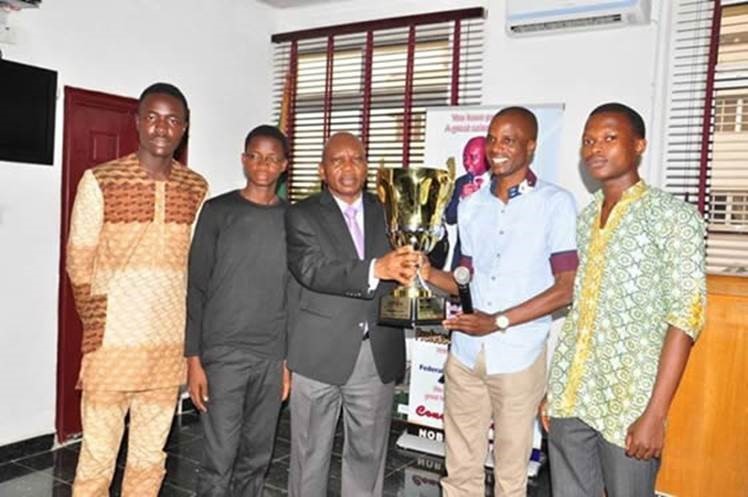 Despite these accomplishments, Dara is not content to simply acquire techie status. He evangelizes technology wherever he goes – whether it’s speaking to younger students about YouthSpark or co-leading talks about Microsoft technology with his developer community group on campus.

From tinkerer to techie to someday being a teacher, Dara dreams of opening his own school to pass on his love of technology to the next generation. But for now, Dara is content to keep learning all he can with as much force as possible.

Microsoft wants to make it easy to help young people like you to change their world through technology, just as Dara and many other Microsoft Student Partners have. Be sure to check out Microsoft Imagine , where you can find all the software tools you need, no matter your skill level or experience, and all at no cost.

And if you want to explore the basics of teaching yourself how to code like Dara, head on over to the Microsoft Virtual Academy and check out some of these courses to get started: