Three computer-science students from Argentina created ResCue, a platform that uses drones to enable rescuers to reduce response times during natural disasters. It all started as an idea, but it became a project when they realized that this could really help save people's lives. ResCue was presented at the 15th annual Imagine Cup World Finals last July.  The team made it through the Finals, reached the Championship and were awarded 3rd place for the first time in Argentinian history.

I work as a Microsoft employee in Argentina and I had the privilege of mentoring the team in their way through the Imagine Cup. They proved to me that no matter how small your project may seem at the beginning you can always become a success that has a real and meaningful impact. 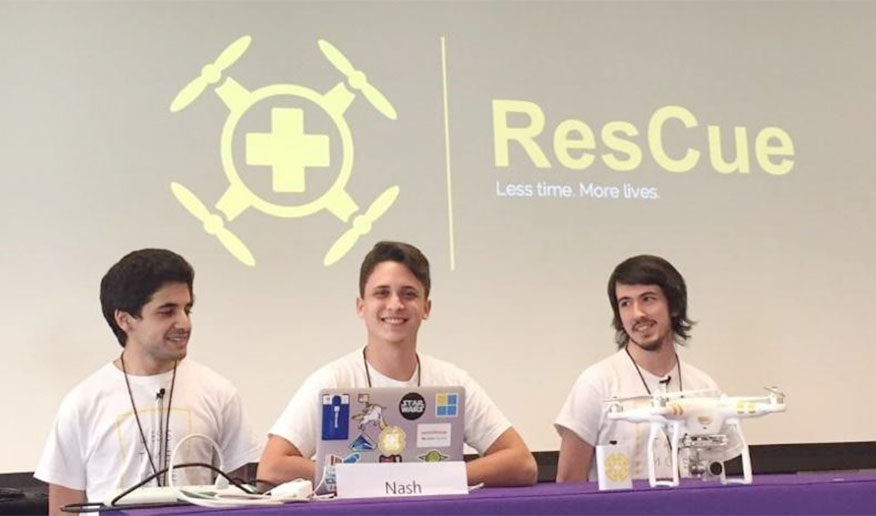 
We live in times where different kinds of terrible natural disasters, such as hurricanes, tornados and earthquakes, keep challenging our resolve; technology is the greatest source we have that can help us reduce the damage caused and prevent fatalities. ResCue is one of the solutions that can help people that need it the most.

ResCue is a platform which enables rescuers to identify people in danger at natural disasters by using drones that take pictures of a certain area, designated by the coordinators at the HQ of the incident. The drones automatically fly through that area by using node count generated algorithm, which is an efficient way to cover large amount of territory.

The platform can detect fires, floods and people trapped in debris by using cameras attached to drones. The pictures are then analyzed using Azure, cloud-enabled technologies, and displayed in a real-time dashboard that enables rescuers to get the full picture of the incident.


Is has been a long path since the first time I met the team and learned about their project, they had successfully overcome every step and challenge on their way to the finals. Microsoft empowers entrepreneurs to pursue their dreams, that's why the Imagine Cup is so important to us.

The idea was born when Ramiro's brother, who was a rescuer at the Argentine Red Cross, told him that they spent a lot of time trying to locate people trapped at natural disasters and that the first 24 hours were critical. That was the "Eureka" moment, when he realized they needed to do something about it.

Ramiro said to me, "I don't know why anybody hasn't thought about a solution to this".

Five teams were selected to pitch their projects at the Argentina Finals, and I had the privilege to work alongside all of them as a mentor. At the finals ResCue was selected as the national winner, from that moment on they realized that their journey had just began.

We arrived at Seattle on a sunny Saturday afternoon along with two more mentors, just two days before the beginning of the competition; expectations and nerves were high!  The team only had two days to perfect their pitch and be ready to present in front of the judges. Rescue progressed through all of the tournament stages.

"I can't believe this is happening", exclaimed Julian on the bus to the Live Finals while Ramiro and Luciano were trying to concentrate on the final touches of the presentation.

Rescue placed 3 rd place at 2018 Imagine Cup World Championship winning 15K USD in cash and 25K USD in Azure credits. This was the first time that an Argentine team had ever attained such position.


Imagine Cup was an extraordinary experience not only to showcase their project, but also for the opportunity to meet people and obtain resources that will continue to shape ResCue's future. The team agrees that the following aspects were critical to their success:


Just as the team arrived in Argentina, live-tv shows were inviting them to talk about their Imagine Cup experience. Even the president of Argentina invited the ResCue team to his personal residence.

"If you told me 4 months ago that I would be presenting on Microsoft Headquarters and meeting Argentina's president I wouldn't believe you" Luciano said to me right after the meeting with Argentine president Macri. 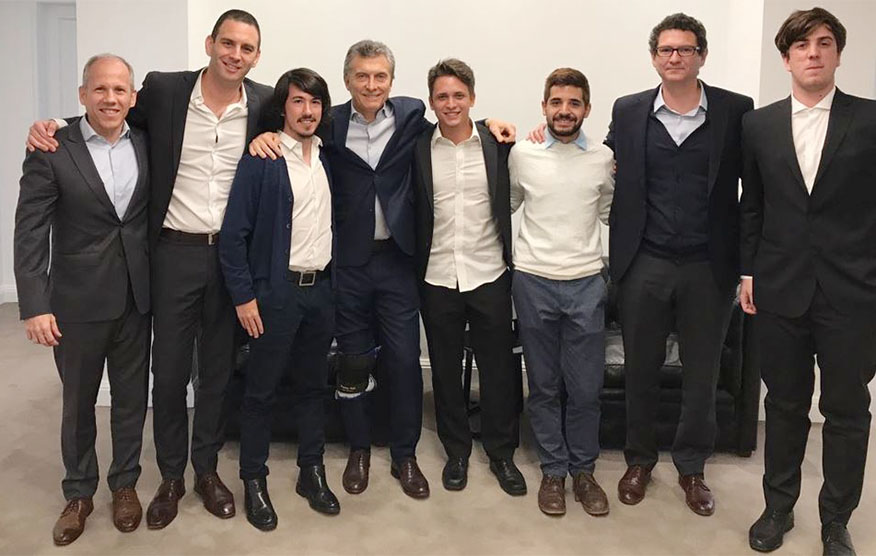 Looking forward. ResCue plans to work alongside the Argentine Government, NGOs and organizations involved in natural disasters across the gloge in order to fulfil their Mission: "Less Time. More Lives".