Turn on suggestions
Auto-suggest helps you quickly narrow down your search results by suggesting possible matches as you type.
Showing results for
Show  only  | Search instead for
Did you mean:
Meet the 2020 Imagine Cup World Finalists: Innovating for impact
By

Demonstrating tremendous diversity in thought, our six Imagine Cup World Finalist teams offer innovation for social good in many different areas. For example, one team created a robot that can help Kenyan farmers weed their large-scale farms, eliminating the need for environmentally destructive herbicides. Another is building a tool that will make it easier for Parkinson’s patients to have a doctor’s visit, saving them time and money. These are just a few ideas from the six teams that were chosen as finalists, creating tools that change the way we see and solve problems in our world.

For the 18th annual Imagine Cup, thousands of student teams from around the world submitted impactful tech innovations. The teams were challenged to bring life to an idea that tackles a local or global issue, using Microsoft Azure. One former finalist described Imagine Cup as the “Olympic Games of Student Technology,” providing students the chance to not only share their idea with industry professionals, but also gain a $100,000 prize and the opportunity to receive mentorship with Microsoft’s CEO Satya Nadella.

This year’s six finalists have created projects that touch on topics such as the environment, mental health, accessibility, and healthcare, with an overarching focus on inclusivity. Taking on the challenges they have seen in their own lives, they are bringing focus, passion, and ingenuity to our world, pushing the envelope on what is possible.

Meet the six final teams and learn more about their projects: 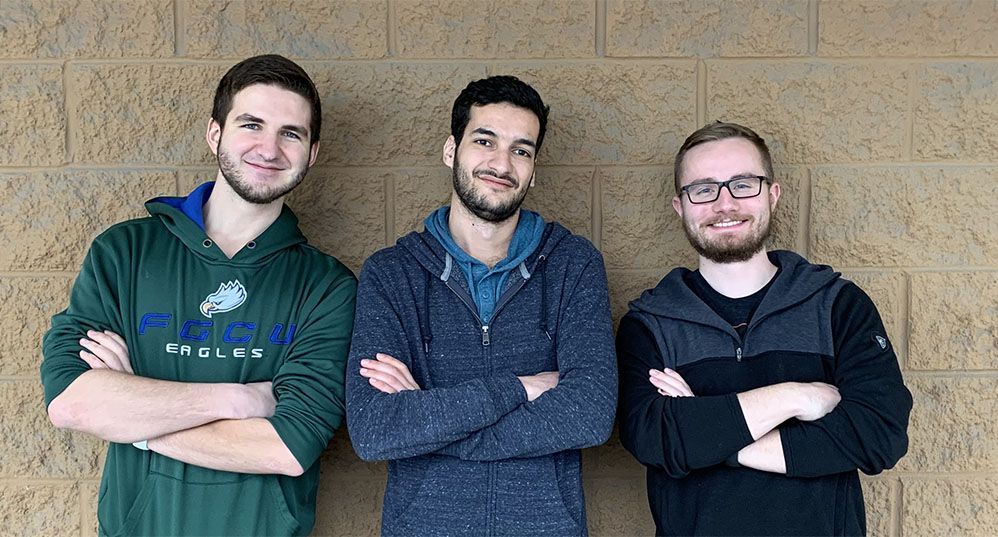 Team Deeptector: US, University of Missouri

Team quote: “As with any revolutionary technology, as the benefits of artificial intelligence grow, so does the potential for harm. Our goal for Deeptector is to use AI to help protect the world from the harmful effects of AI.” – Caleb Heinzman, Deeptector

Their project: Deeptector.io is a web app that detects deepfakes, an increasingly common method for propagating misinformation. Using the same AI methods that generate state-of-the-art deepfakes, Deeptector aims to protect journalists and the public from the damage of misinformation. The algorithms that Deeptector uses are commonly known as deep neural networks, which train themselves to differentiate between real videos and fake ones by looking at thousands of examples of each. The team uses Microsoft Azure virtual machines, Storage, and containers, in addition to Twitter API, Python, Flask, and Pytorch.

Their inspiration: The negative consequences of misinformation within society, and Alan Turing

Who can use it? The web app is designed to be as accessible as possible for everyone. 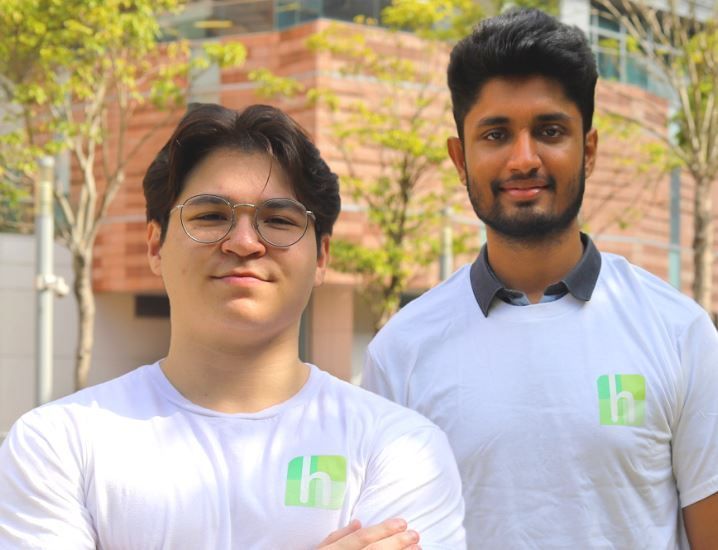 Team quote: “The younger generation would like to be heard and for their problems to be seen, and we’re here to help them do that.” ‒ Cameron van Breda, Team Hollo

Their project: Hollo is a digital, mental health companion and therapist, used to enhance practices by nongovernmental organizations (NGOs) and therapists through an AI chatbot. It leverages Big Data and AI to introduce youth to therapy and counseling practices through online gamified journaling and mindfulness activities. Data from the AI chatbots and journaling can then be collected to generate actionable findings. This scalable model aims to cut the heavy cost of mental health care for youth and supplements existing self-help techniques and therapy practices.

Why it’s important: According to the team, the current model of counseling is not reaching the younger generation. Hollo is making huge strides in becoming a product to help this generation.

Future plans: The team aims to launch within the year to place Hollo in institutions all over Hong Kong and possibly expand to other countries around Asia within a couple of years. 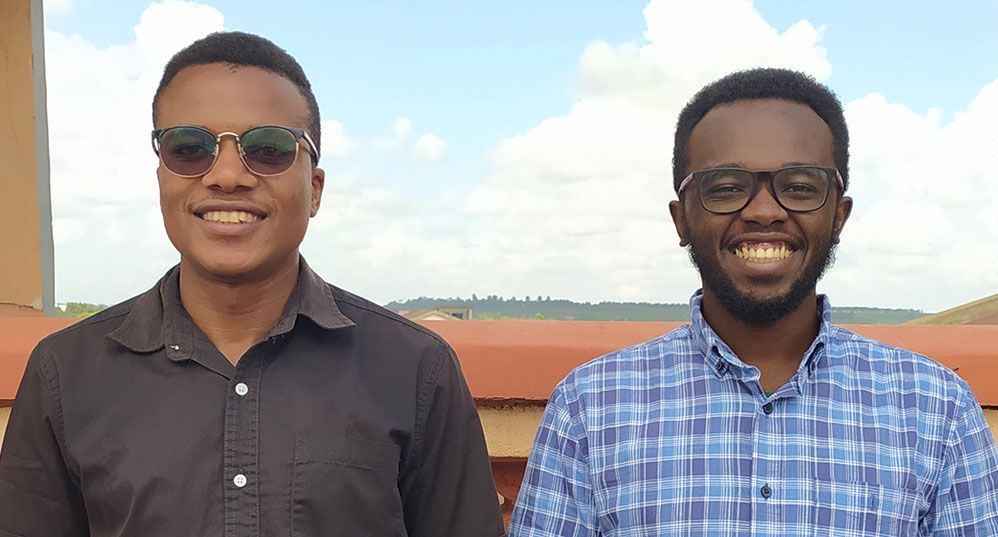 What’s important to The Knights? They want to highlight the problems Kenyan farmers face with weeds on a larger scale in order to bring more visibility to the issue, and how their technology can offer a solution.

Their project: The autonomous weeding bot uses AI (and four-wheel drive and four-wheel steering) to discriminate between weeds and crops achieved through cameras as sensors gathering input from the environment. The vehicle uses the cameras to navigate rows of crops. It encompasses a robotic arm for weeding in between the crop row and a ploughlike weeding tool that is dragged by the robot as it passes in between the rows of crops to remove interrow weeds. Microsoft Azure technology that the team uses includes App Services for mobile and web, Storage, analytics, and Cognitive Services.

Their inspiration: Elon Musk, solving problems on a global scale

Who can use it? The robot can be used by anybody and does not require technical skills to operate. The team made sure that the farmer needs only to place the robot at a given part of the farm, and it will do the rest. 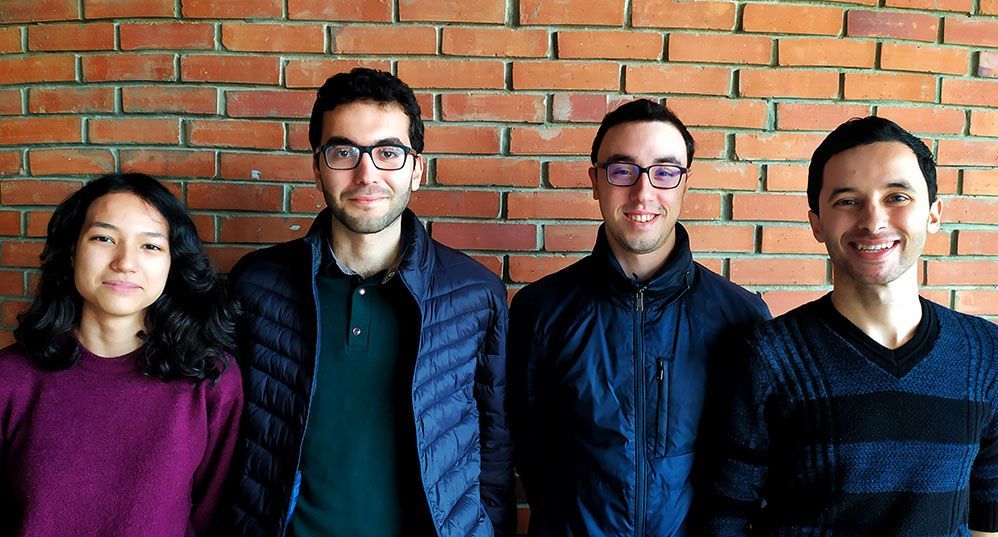 Team quote: “Everyone says that there is no cure for Alzheimer’s disease or a way to slow its progression yet. But as Robert A. Heinlein said, ‘Everything is theoretically impossible until it is done.’ Today ... the only thing that can make us abandon our fight with this disease is believing that it’s incurable." - Achraf Feydi, Team RedWalls

Their project: I-Remember is a two-part mobile application designed for the well-being of both the Alzheimer’s patients and their caregivers. The patient interface includes task reminders, live facial recognition, labeled photos, emergency location, and call assistance, in addition to memory games to help evaluate and train the user's memory. The caregiver interface provides the same, but with supervisor features. The team uses Microsoft Azure Storage, containers, and Cognitive Services.

Who can use it? Anyone with a phone can download it for free.

Their inspiration: The movie Still Alice, about a linguistic professor who is diagnosed with early-onset Alzheimer's disease, sparked the team’s interest in how technology can be applied to help people. 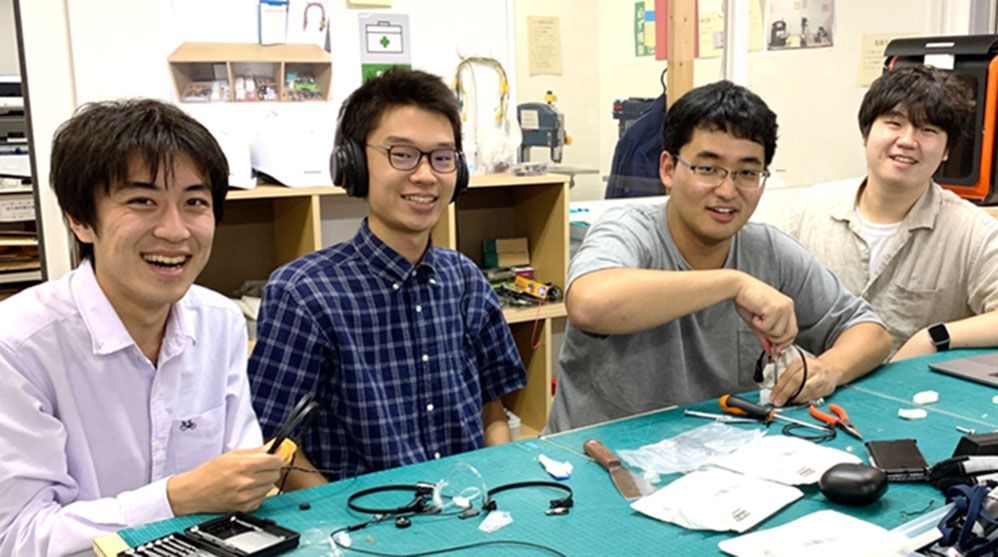 Team quote: "Syrinx will be a device for not only laryngectomy or tracheostomy patients, but also people all over the world." ‒ Masaki Takeuchi, Team Syrinx

Their project: Syrinx, a neck wearable EL (electrolarynx) device, restores the ability to speak for people who have lost their voices. Leveraging Azure Notebooks technology, Syrinx’s device vibrates the user's throat to create the sound that matches the movement of the user’s mouth, then uses neural networks to learn the lost voice characteristics and restore it. Previous systems were robotic, whereas Syrinx provides both female and male voices.

Future plans: Team Syrinx plans to improve the quality of the device voice by incorporating Microsoft Azure Machine Learning, noise canceling, and making it applicable to anyone with a need or interest in this type of voice technology.

How they met: At a summer program for society-based projects at the University of Tokyo, where they set out to “solve a problem for people with a disability” 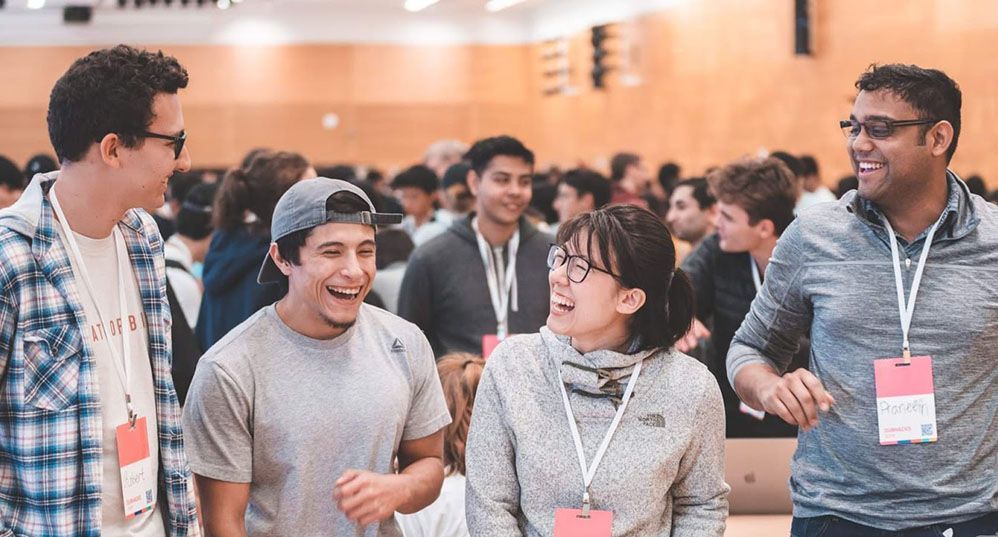 Team quote: “I grew up in a rural, low-income household in Eastern Washington, where I lived with my disabled brother. A major challenge we faced as a family was driving over 150 miles to get my brother to his regular doctor’s appointments, oftentimes in terrible weather conditions. With the help of telehealth platforms, like Tremor Vision, we could eliminate the need for patients to travel vast distances for routine clinic visits and increase access to quality healthcare.” ‒ Drew Gallardo, Team Tremor Vision

Their project: Tremor Vision is a web-based tool that enables physicians to detect early-onset Parkinson’s and quantitatively track patient progress throughout a prescribed treatment plan. By using a touchscreen device connected to the internet, users send clinical results to their physician. The platform empowers patients to save the time and money required by routine clinical visits and increases a physician’s reach in screening for early signs of Parkinson’s. The team uses Microsoft Azure Cognitive Services, MATLAB, and Microsoft Visual Studio.

Their inspiration: Pioneers using technology in innovative ways to contribute to human health and well-being

Why it’s important: Parkinson’s is the second most-common age-related neurodegenerative disorder. There is no standardized way of evaluating the spiral test, one of the most commonly conducted tests to detect early-onset Parkinson’s and track its progression.

The safety of our community is top priority, and in light of global health concerns due to COVID-19, we have moved this year’s competition to a virtual format. Please join us in wishing all the teams best wishes on the final stage of competition and follow the finalists’ journey on Twitter and Instagram as they head to the World Championship to compete during the Microsoft Build digital event in May.