First published on MSDN on Jul 28, 2015
Seattle greeted the 33 Imagine Cup World Finalist teams with sunshine on day two of the global student technology competition. Clusters of competitors boarded the busses that would take them across Lake Washington from the University of Washington to the Microsoft Campus in Redmond. Today is the day they got to be ‘Microsofties.’ They got an exclusive peek at the Microsoft HoloLens, ate lunch amidst the hustle and bustle of the Microsoft Commons, and watched Eben Upton (CEO of Raspberry Pi) play with robots at an Internet of Things presentation.

As they made their way to Holographic Academy, they walked by the shiny Microsoft Employee Store, smartphone cameras snapping. Teams are beginning to intermingle as many heed the advice of Imagine Cup alumni – to use this time to build some of the most important connections of their careers.

We caught up with a few of the teams as they walked out of the Holographic Academy. 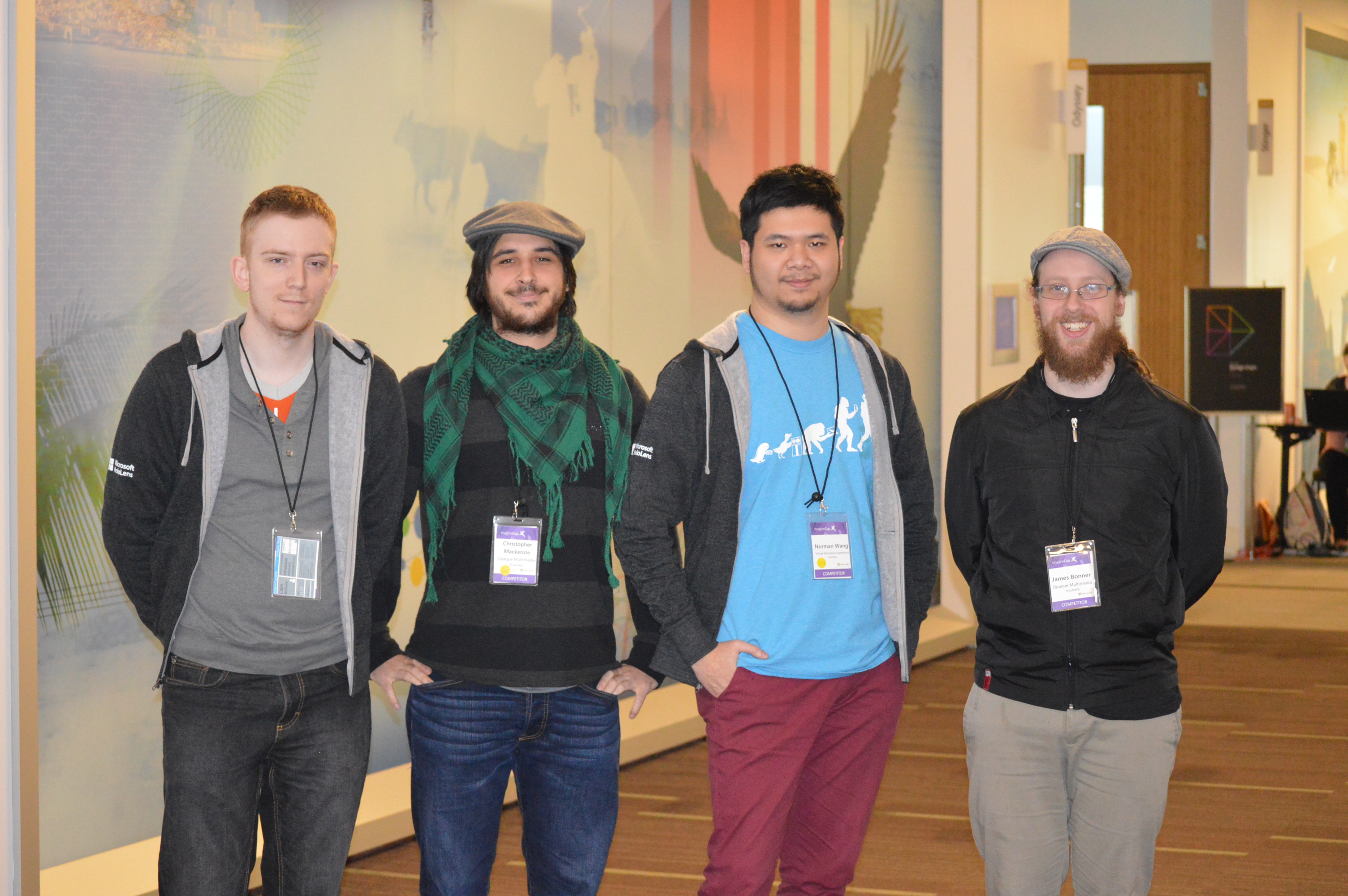 Liam McGuire of Team Virtual Dementia Experience said, “My expectations were pretty high. But it seriously exceeded my expectations. There are technologies doing this, but they are very niche. The image quality was unbelievable.”

Team Thief from China told us, “The spatial mapping was so advanced. We see Microsoft HoloLens as the future of our game!” 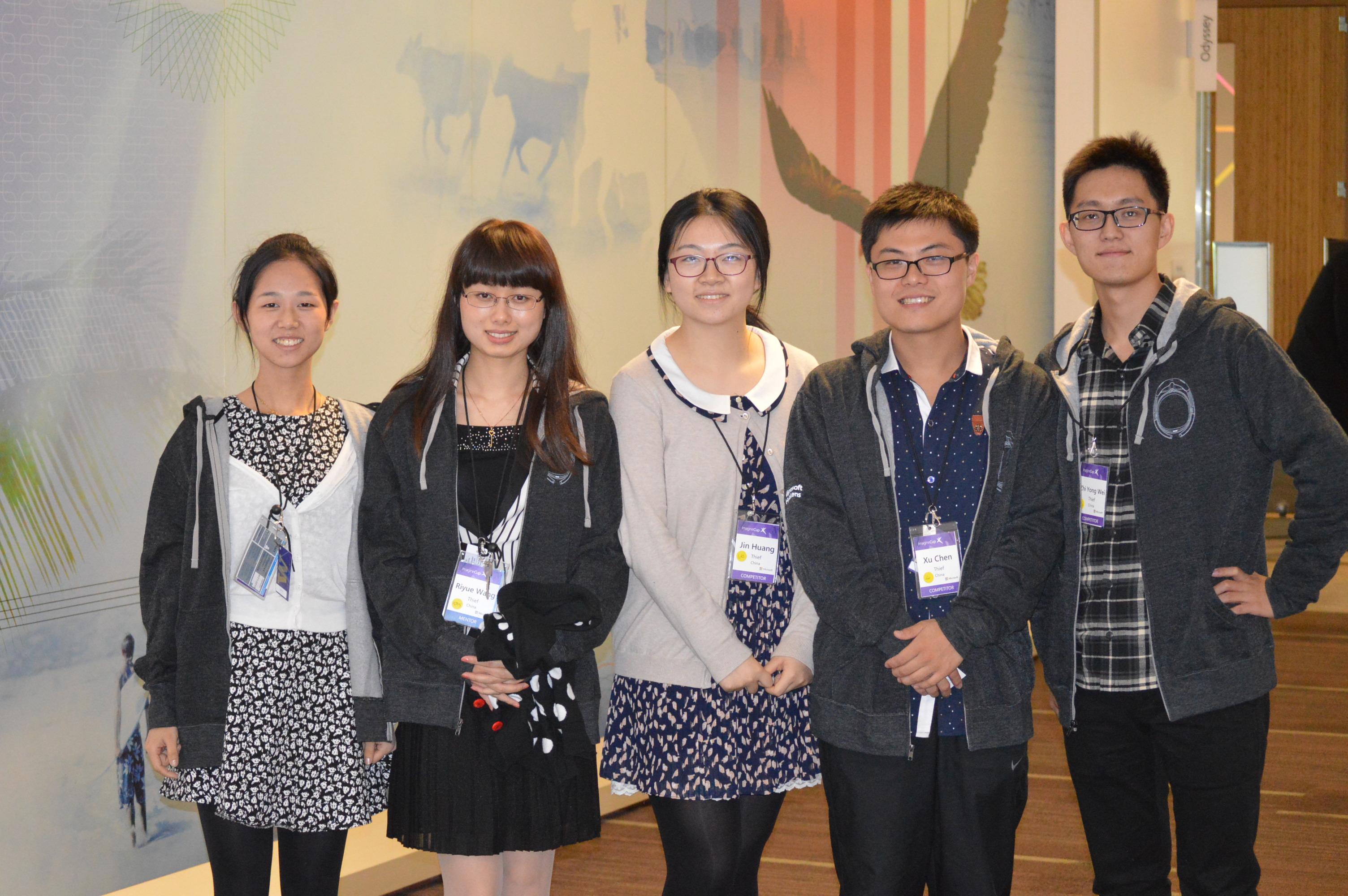 Anastasiya Tarnouskaya from Team Walkly said, “It was so realistic. I believed it was real even though my mind knew it wasn’t.”

During Internet of Things lunch, the students enjoyed a special presentation from the CEO of Raspberry Pi, Eben Upton. Here to get the students excited about the seamless integration of Raspberry Pi with the new Windows 10, Upton used a Windows Phone to control a robot created on the Raspberry Pi platform. The robot was instructed to distinguish a green ball from a red and yellow ball. Though it appeared that the robot was surely headed for the yellow ball, in the end the students cheered when the robot succeeded!

The students left pretty excited not only about the presentation and opportunity to meet Upton, but also because they got of a free Raspberry Pi 2.

But it goes beyond robots who can choose colors. U.K. Microsoft Student Partner Adam Boyne, here supporting Team Siymb , spoke about the how the integration of Windows 10 with basically everything else will change things, even just as an enthusiast. “Just the tinkering alone will be fantastic! The possibilities are really large with the Windows 10 integration of things.”

HoloLens, the Redmond campus, Raspberry Pi, IoT: It’s all pretty amazing, but we all know what’s really on the minds of these student developers. We see them carving out space anywhere they can to practice their pitches for Wednesday’s Games, Innovation and World Citizenship category competitions.

Things are starting to heat up around here. Tomorrow marks the official competition beginning. Stay tuned for the winners in the World Citizenship, Innovation, and Games categories. 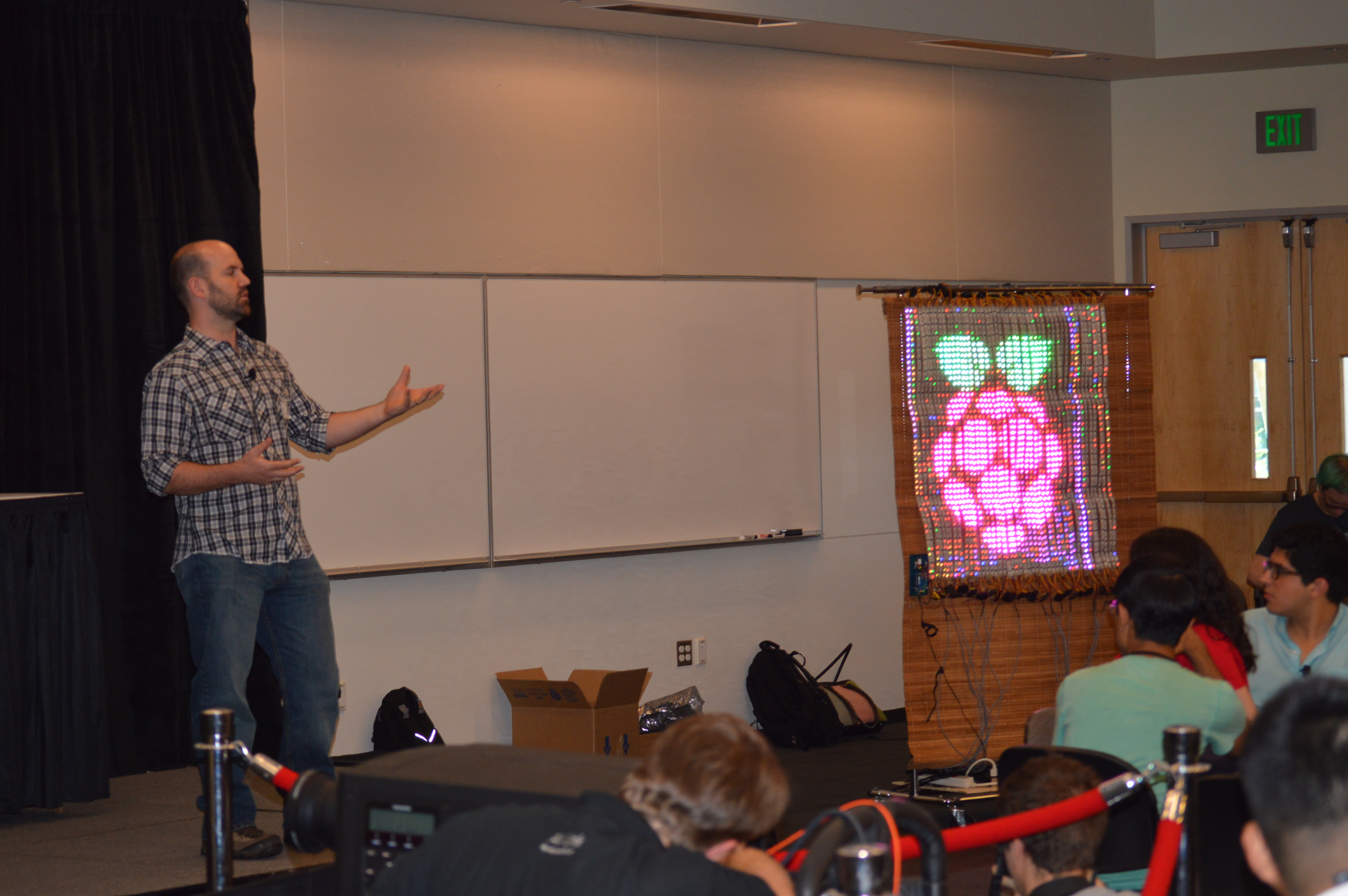 And, of course, be sure to tune into the live webcast of the Imagine Cup Championship at noon PT on July 31. We’ve got an awesome lineup of judges, including actor Thomas Middleditch, star of HBO’s hit show “Silicon Valley,” HoloLens inventor and Microsoft Technical Fellow Alex Kipman and Jens Bergensten, lead developer of Minecraft, who will help select the next Imagine Cup World Champion.
0 Likes
Like
Share