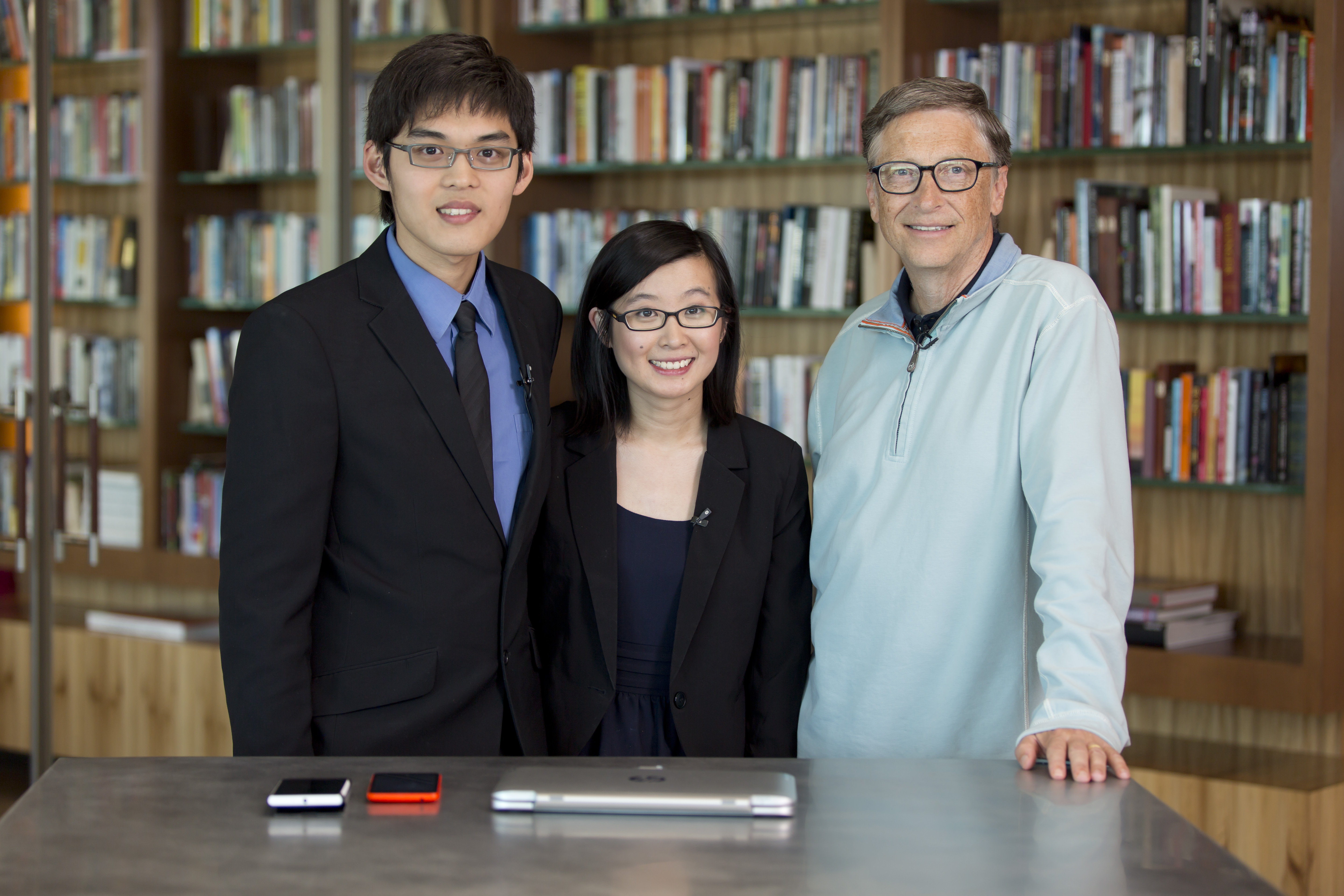 The 2014 Imagine Cup World champions recently traveled back to Seattle from Australia to claim part of their grand prize, an incredible boot camp that included a one-on-one mentoring session with Bill Gates. Jennifer Tang and Jarrel Seah, who make up Team Eyenaemia, won the competition with their groundbreaking app that uses a selfie to diagnose anaemia, one of the world’s most common blood disorders. In addition to $50,000 to further develop their product, they won this valuable week of meetings with innovative and influential people who offered advice and guidance for the next steps on their product.

One day, they visited the labs of PATH, an international organization and leader in global health innovation. They were able to see and hear about some of the solutions the nonprofit is using to help women and children in developing countries and her suggestions on how to bring Eyenaemia into the areas that need it most.

On Tech Day, the team had a chance to meet the Kinect and Azure teams at Microsoft. They had a session with the Intellectual Property and Licensing team and also met with some optical engineers. A highlight was a trip to the Garage, a protected space for Microsoft employees who are working on a variety of projects. They toured the lab, saw equipment in development, and heard from some of the innovators working there.

The team also met with high level Microsoft executives, got tips on marketing and social media, and met engineers, businesspeople and patent attorneys. And last but certainly not least, they met with the Gates Foundation and presented their idea to some of the most influential people aiding in healthcare around the world.

But the most exciting part of the trip was a personal meeting with Bill Gates. They spent time with the Microsoft founder presenting their project and then listening intently as he offered advice. They described it as a once-in-a-lifetime experience.

“He is such an inspirational person and had great advice for our project and our next steps,” Jennifer said after the meeting. Gates suggested the team collect more data to identify how the solution would work in the developing world. He offered advice and feedback on both the product and the presentation, and he even offered to put them in touch with someone at the Gates foundation who could aid them in their next steps! You can read more about that meeting on the gatesnotes blog .

“It was such an incredible week, we learned so much,” said Jarrel. “Imagine Cup was the perfect fit to get our project off the ground and we are so grateful for all of the support, before, during, and after the competition. We have met amazing people from around the world and who have been very helpful in catalyzing the development of our project in ways we could have never imagined.”

We agree. Any developer who has an interest in building skills and creating a game or an app can find a wealth of resources by participating in the Imagine Cup and its various competitions year round. Register now to learn more!

Team Eyenaemia has returned to Australia and are well underway on a plan to look for both nonprofit and commercial partners to help gather data and conduct further research and development. Visit their new website , follow them on Twitter or visit their Facebook page to learn more about this exciting pair and their product.