If you were one of the many thousands of viewers who saw Team IzHard’s presentation at the Imagine Cup World Championships , then you too came under the spell cast by their black and white 2-D puzzle game, Ovivo . Ovivo also caught the eye of a Moscow-based video game publisher, and Nekki Games just announced that they are going to publish the game! Congrats to Team IzHard trio Alex Vilasuck, Daria Kruzhinskaya and Dari Chernova!

Starting in a few short weeks, Alex, Daria and Dari get to start building out the entire world of Ovivo. The team has to write, design and code content for every new level, solidify the roles and tasks for each team member, potentially hire some help, and work with Nekki Games on a marketing strategy. It’s going to be a busy, dream-come-true kind of year.

Like the game play itself, the story of Ovivo’s creation is a magical one. In a frenzy of inspiration after attending a Microsoft Hackathon in St. Petersburg, Russia, and with no experience creating video games, the team created the initial concepts of Ovivo in just 24 hours, teaching themselves the Unity engine and Visual Studio . Then they entered a Microsoft-sponsored Game Jam and won. Next up came Russia’s Imagine Cup, and, guess what? They won again. Finally, they came to Seattle for the Imagine Cup 2015 World Finals and won first place in the Games competition!

Though Alex knows several coding languages, and Daria has a degree in Graphic Design with a technology emphasis, neither of Ovivo’s developers had ever coded a video game before. And Dari, the artist, had never created graphics for a video game before. In fact, she just graduated with a degree in tourism! She’d always been an artist as a hobby, but because of the success of Ovivo, she’s now going to design video games for a living. Talk about life-changing!

IzHard knew they had an amazing game, but they needed a way to show that idea to the world. Microsoft Hackathons, Game Jams and, last month, the Imagine Cup helped IzHard get Ovivo in front of millions of gamers.

Alex praises the Imagine Cup experience. “As a student, you don't often know what you want to do and don't have the experience to do it. You can’t even really get very many users! You have to do it on your own for the first time. Thanks to Microsoft, we got so much feedback from gamers. Imagine Cup supports you!”

But IzHard wanted feedback on more than just Ovivo. During their preparation for the Imagine Cup competition, they also worked tirelessly on how to show the game. They got a lot of feedback and support from their Microsoft mentors, Nastya Makeenok and Dmitry Soshnikov. Izhard’s initial 10-minute presentation on Competition Day was performed flawlessly, completely from memory. In a fun twist, the team faked a power outage where the screen died and they feigned panic. Daria picked up her Windows Phone device and resumed the presentation while they showcased the mobile version of Ovivo. This presentation and game wowed the judges, and IzHard walked away with first place in the Imagine Cup Games competition. 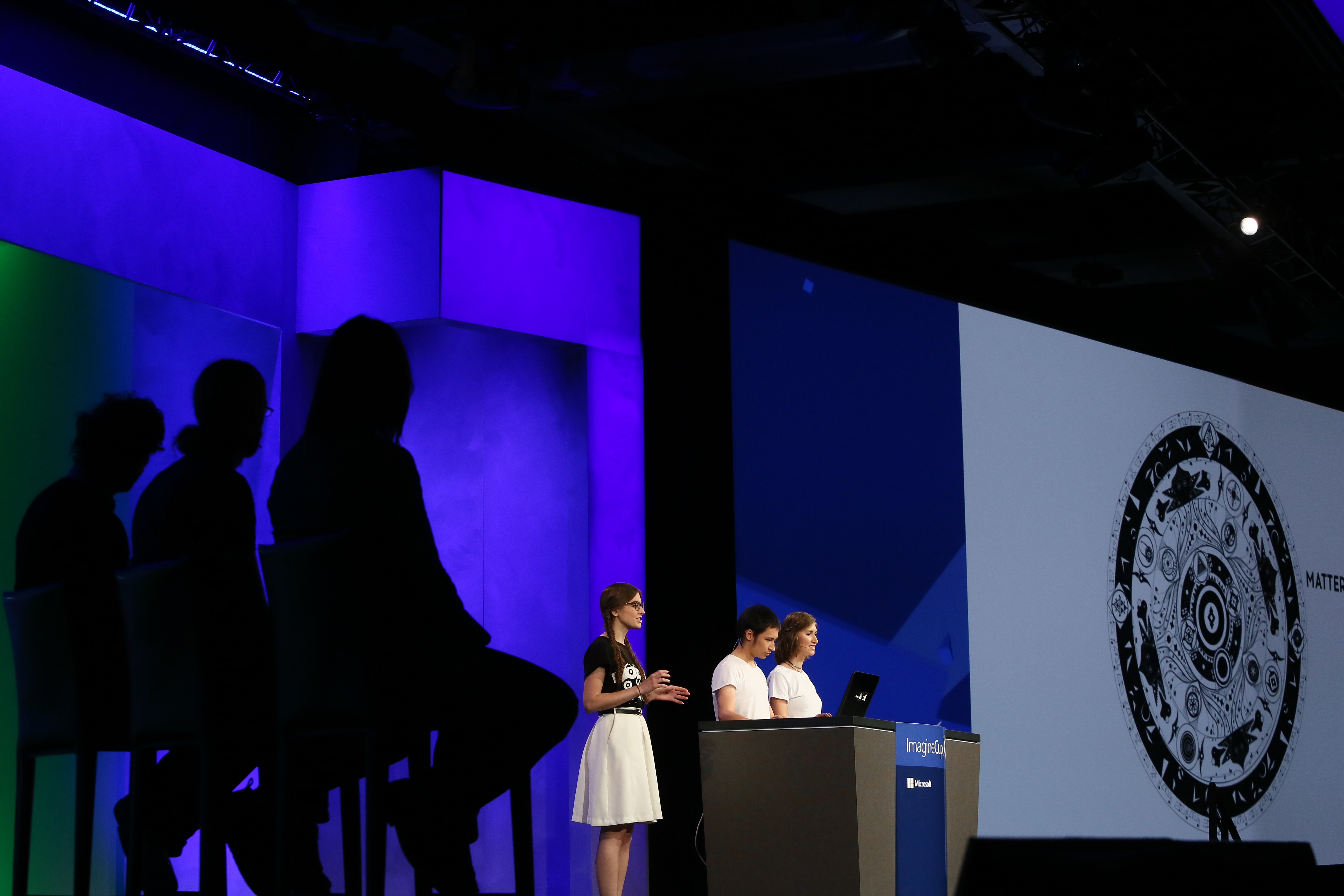 For the World Championship, however, they had to whittle down their 10-minute presentation to just three minutes. A lot of material was cut from the 10-minunte pitch, including the fake power outage. Dari explains, “We wanted to show the game as much as possible. We didn't focus on winning. We focused on showing what Ovivo could do. We wanted the crowd to take a look and want to see more!”

We wondered what drew Nekki games to Ovivo. Sergey Babaev, the head of business development at Nekki Games, says of Ovivo, “The world and the level-design simply screams ‘there is a deeper meaning behind this!’ Of course we liked the art style, the minimalism, the philosophical approach to the levels. And when you play the demo, you simply realize that you want more of the game. It’s obvious that these people are committed to what they’re doing. They are ‘crazy’ in a good way, a creative sense. They take a fresh look at everything. That’s why we want to work with them.” 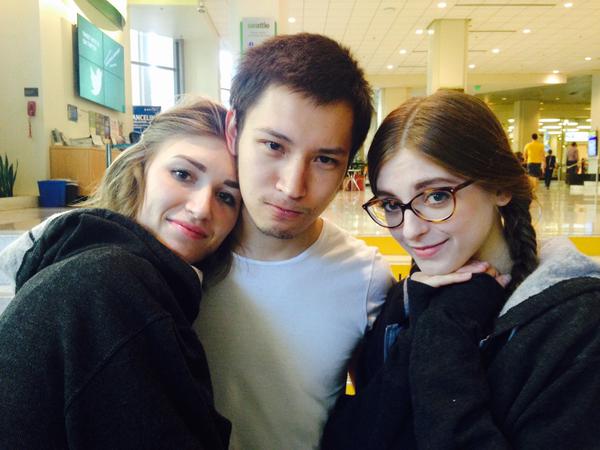 IzHard plans to build out Ovivo by continuing to use Unity, Visual Studio and some Adobe products. They are excited to start using Microsoft Azure as well, to host the game for mobile users and for saving data (like the progress of the player).

We are so proud of these three student developers from St. Petersburg! They get to continue to do what they love – coding the future of their dreams.

Congrats to Team IzHard! We can’t wait to play Ovivo.

Want to follow in the footsteps of Team IzHard? A good first step is to register for the 2016 Imagine Cup! Now’s the time to start dreaming big and building your team. Sign up today !
0 Likes
Like