I competed in Imagine Cup and all I got out of it was a love of code and creating apps!

I competed in Imagine Cup and all I got out of it was a love of code and creating apps! 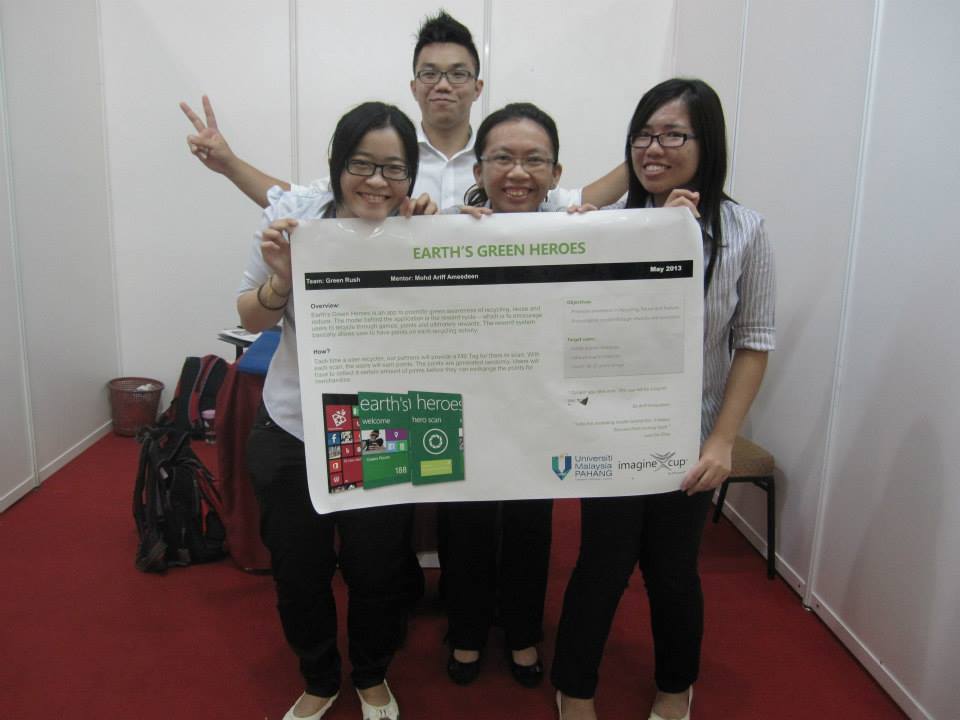 Hello everyone! My name is Phang She Chin, although my friends know me simply as Sunnie. I’m a 24-year-old Malaysian student studying at the University Malaysia Pahang (UMP). During my first year at UMP, I learned of the Microsoft Student Partners program and, after some encouragement from my peers and a few older student developers, I applied to participate in the program. I went for the interview and was soon accepted. After that, I worked to evangelize Microsoft developer tools on my campus as well as in the local community by leading coding camps at a number of secondary schools.

In 2013, I participated in Imagine Cup with another MSP named Tham Cheng Bin (who eventually went on to a full-time position at Microsoft). Two of my peers, Song Chia Yeh and Kee Wen Sia, joined the team as well. Together, the four of us developed Earth’s Green Heroes , a Windows Phone app that promoted environmental awareness and the importance of recycling. This solution was integrated with a reward cycle program, which we established by setting up partnerships with local companies such as Seng Recycles Enterprise, Perniagaan Kertas & Plastic Siang Fatt and Perniagaan Lum Xin, a newspaper distributor. Each time a user recycled, they were rewarded with points that could then be exchanged for merchandise offered by our partners as well. We made it all the way to the National Finals in Kuala Lumpur!

Channel 9 was extremely helpful when it came to developing our app. We spent hours downloading and viewing video courses on C#, Windows 8 and user-interface design to improve our skills and knowledge. The course material was very challenging, but also incredibly rewarding. Aside from Channel 9, we also asked other MSPs and friends who were working as Windows developers to provide us with honest feedback about the app. Although we didn’t win the competition, it was an awesome experience! We made a lot of new friends and had lots of fun island hopping in Pulau Langkawi.

After participating in the Imagine Cup, I wanted to do more and more coding. So, the next year, I took part in DiGi Challenge for Change. This was a 36-hour hackathon at DiGi Telecommunications in Shah Alam, Malaysia (one of the nation’s larger telecommunications companies). The event attracted more than 200 developers from all over Malaysia. The event organizer provided everything the participants needed, including food, movie screenings, gym sessions and even a sleeping area during the hackathon. I teamed with two other female developers, Hang Wen Jia and Tham Yih Jiun, both of whom were MSPs from INTI International University & Colleges in Malaysia and Monash University in Australia. As it turns out, we were the only group of female developers at the hackathon.

We participated in the hackathon’s Auto Category, creating an app called MyCarzBeta, which used map and location data to find the nearest repair workshop. It helped drivers who have become stranded locate the nearest auto repair shops, which is especially useful during the rainy season in Malaysia. The app also provided car maintenance tips to ensure your vehicle operates at the optimum level. Facebook login and Microsoft Azure made it easy to manage the service maintenance records within the app. We also used SQL Azure to store the data. It was fairly easy for new developers like us to develop on these platforms. Aside from Channel 9 and other online resources, we benefitted from lots of help from more experienced MSPs, who guided us through the development process. Aside from the opportunity to create a new app, the hackathon also provided us with the chance to practice pitching our app in a compelling way in front of a panel of judges. We ended up placing in the top 10 at the hackathon. 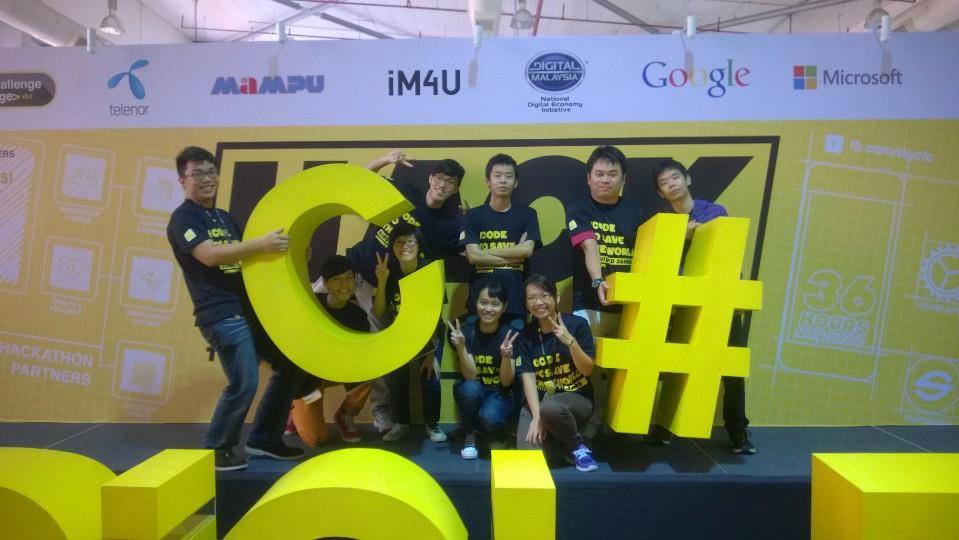 Imagine Cup and the DiGi Challenge for Change were two of the best experiences I’ve had as a student developer, and I will remember it for many years to come. If you want to learn how to code or are interested in pursuing a career in technology – especially at a startup – then Imagine Cup is a great place to learn the ropes.

If you’re looking to just get your feet wet, then Microsoft Imagine has other coding competitions and contests for you to consider. There are the Big Idea challenges , which were created to help student devs learn how to pitch their ideas, put together a project blueprint and perfect their user interface.

If you want to learn the basics of Microsoft Azure (and potentially win $1,000!) you can sign up for the monthly Hello Cloud contest . Or, if you’ve already got a few coding chops of your own and you’re interested in taking an aspiring young developer under your wing, be sure to look into Imagine Cup Earth , where you’ll use computer programming to create a game, simulation or story inspired by the kinds of earth science that NASA and other researchers do every day. Eighteen winning students will win prizes totaling $36,000!
0 Likes
Like