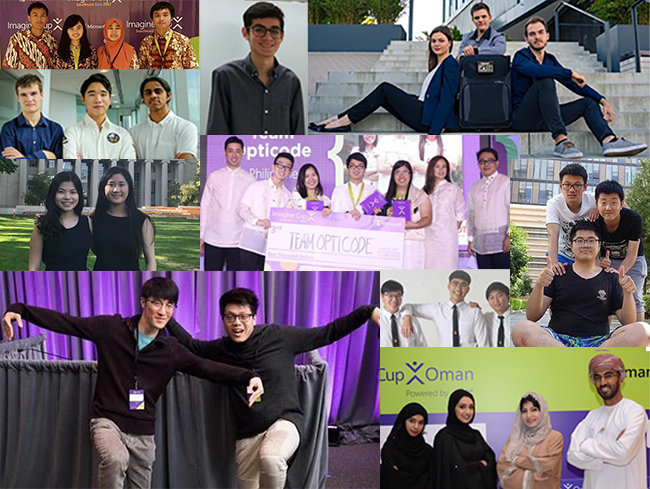 Now celebrating its 15 th anniversary, Imagine Cup has always been about empowering bright, young students from all corners of the globe to create solutions with the potential for global impact.

This year is no different, and I am excited to announce the 54 teams that will travel to Seattle this July to compete for $100,000, a mentoring session with Microsoft CEO Satya Nadella, a $125,000 Azure Grant and a trip to next year’s Build developer conference. To make this 15 th anniversary of Imagine Cup one that students will never forget, we also announced a great trio of Championship judges that will pick the next Imagine Cup Champion as well as news that Microsoft Executive Vice President of Cloud and Enterprise Scott Guthrie will host the Championship competition.

The innovation of this year’s students is inspiring. From an artificial intelligence-based parenting solution to help children fight cyberbullying to a web-based app that aims to combat the proliferation of “fake news” to a mixed reality app making it easier to process items in warehouses – the ingenuity these student developers will bring to the competition is sure to be both thrilling and limitless.

So, without further ado, let’s meet the World Finalist teams coming to Seattle!


I wish all the teams traveling to Seattle the best of luck. I can’t wait to see what they’ve got in store for us!

You won’t want to miss any of the action, so be sure to tune into the Imagine Cup Championship via a special webcast at 9 a.m. PT on July 27 on Microsoft Imagine .