From MSP to Microsoft FTE – Maria Luna is living her dream, in the cloud

From MSP to Microsoft FTE – Maria Luna is living her dream, in the cloud

First published on MSDN on Dec 07, 2015
Who gets their dream job as their first job? Microsoft Student Partner Maria Luna feels extremely lucky to have just started working for Microsoft in Peru. She manages the MSDN & TechNet Newsletters and MSDN & TechNet portals in Latin America, both to provide valuable content in Spanish to technical audiences. 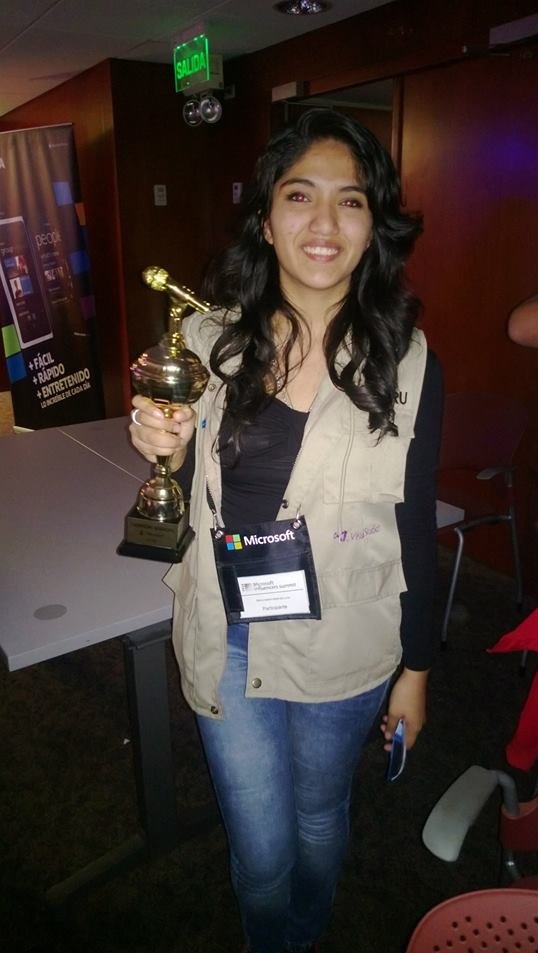 As a little girl, Maria never thought she’d be where she is today. She always loved technology, and was a high achiever in her computer classes, but she mainly considered it a hobby. Her family and friends would always ask her how to use their new phones or fix their computers. All this tinkering with electronics just made her more and more curious about how things work.

Maria explains, “I grew up in an era where technology came up very fast and changed a lot, and it’s always changing! I learned how to really stay on top of tech trends!”

Her tech obsession really took off one day in high school computer class when Maria got to assemble a PC from start to finish. She describes the moment. “I had always wondered how televisions, computers and cellphones were built. What was inside? How are they working? And when I finally saw it, I felt a part of something big. This is the reason I decided to study engineering!”

Now in her last year as an engineering systems student at National University San Luis Gonzaga in Ica, Peru, Maria has made technology her life. She not only studies it, she lives it.

No, seriously. When we asked her what she does for fun, she laughs, “Go to Microsoft conferences!”  She and a group of other MSPs from Latin America travel to conferences, paying their own expenses, loving every minute.

In addition to engineering, Maria Luna loves to sing and won the karaoke competition at Microsoft Top Influencer’s Summit 2015.

Maria admits she has other hobbies as well – she loves to sing and salsa dance as well as make origami. Even so, those hobbies intersect a lot with technology and Microsoft. For instance, she competed in a karaoke contest and won first prize – at a Microsoft event. She even wrote a Windows Phone app where users can watch her origami tutorials.

Three years ago, Maria became a Microsoft Student Partner. She quickly became involved in the MSP program, including becoming the leader of her university’s group of MSPs. With Maria in charge, she and her fellow MSPs reached more than 3,000 young people through 35 events!

Then there’s the tech. She can’t get enough of it, especially cloud technology. Maria won’t readily admit it, but she’s kind of a wiz at Azure SQL. 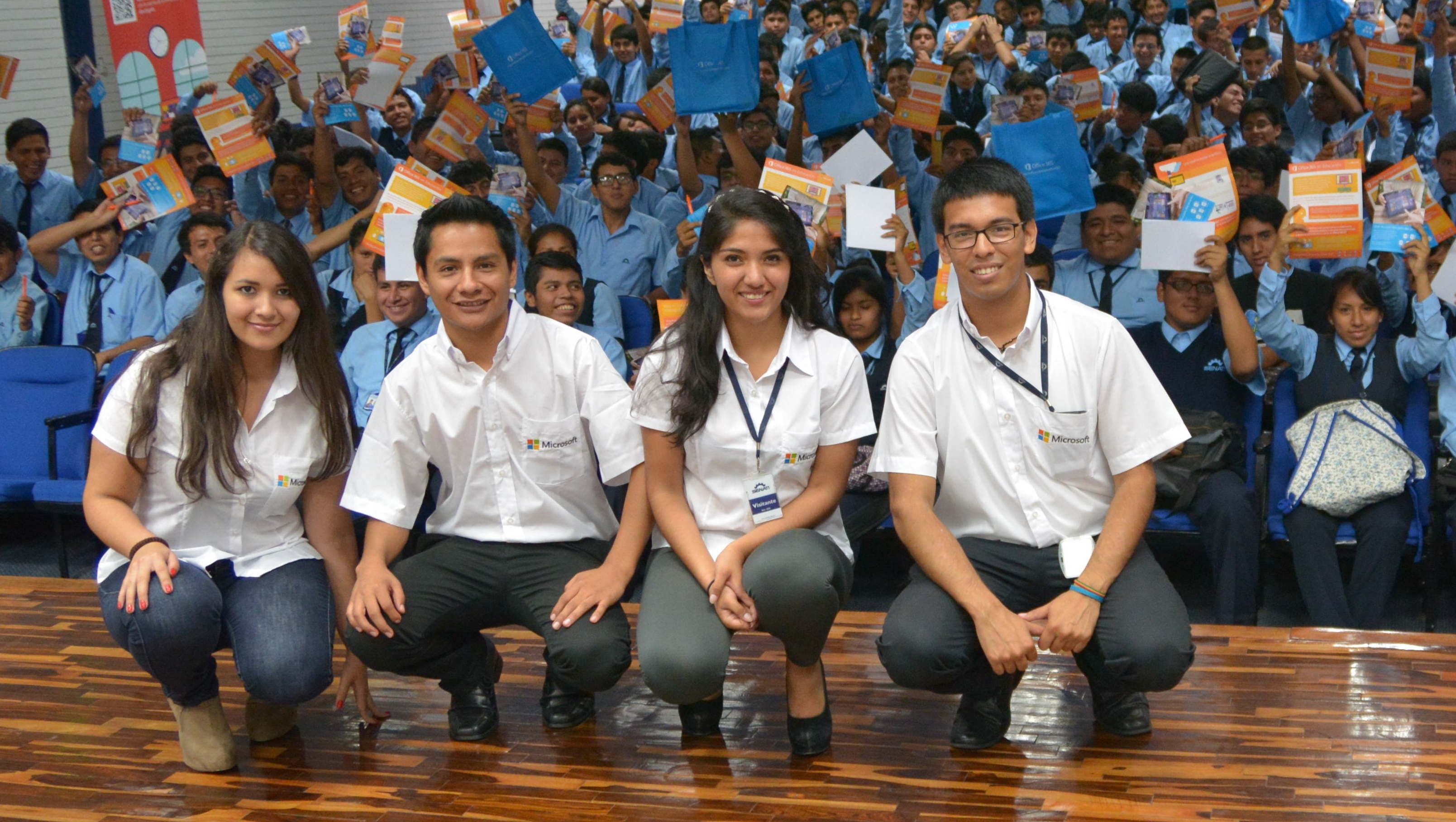 She’s developed several projects using SQL Azure, mainly for educational institutions. She’s also used both SQL Azure (with apps and websites) and SQL Server in a virtual machine. Maria and her team incorporate Azure in university projects and over and over, Azure keeps surprising them, giving them more reasons to explore the platform. She explains, “Azure is a very powerful tool that is compatible with so many technologies.”

She doesn’t just use Azure professionally. Maria plans to use it for her origami app. She says, “I am currently working to make my craft app available on any device, and Azure will facilitate tasks such as generating push notifications when new content is available, storing application data in the cloud (in this, case SQL Azure) and integrating with social networks to manage the login.” 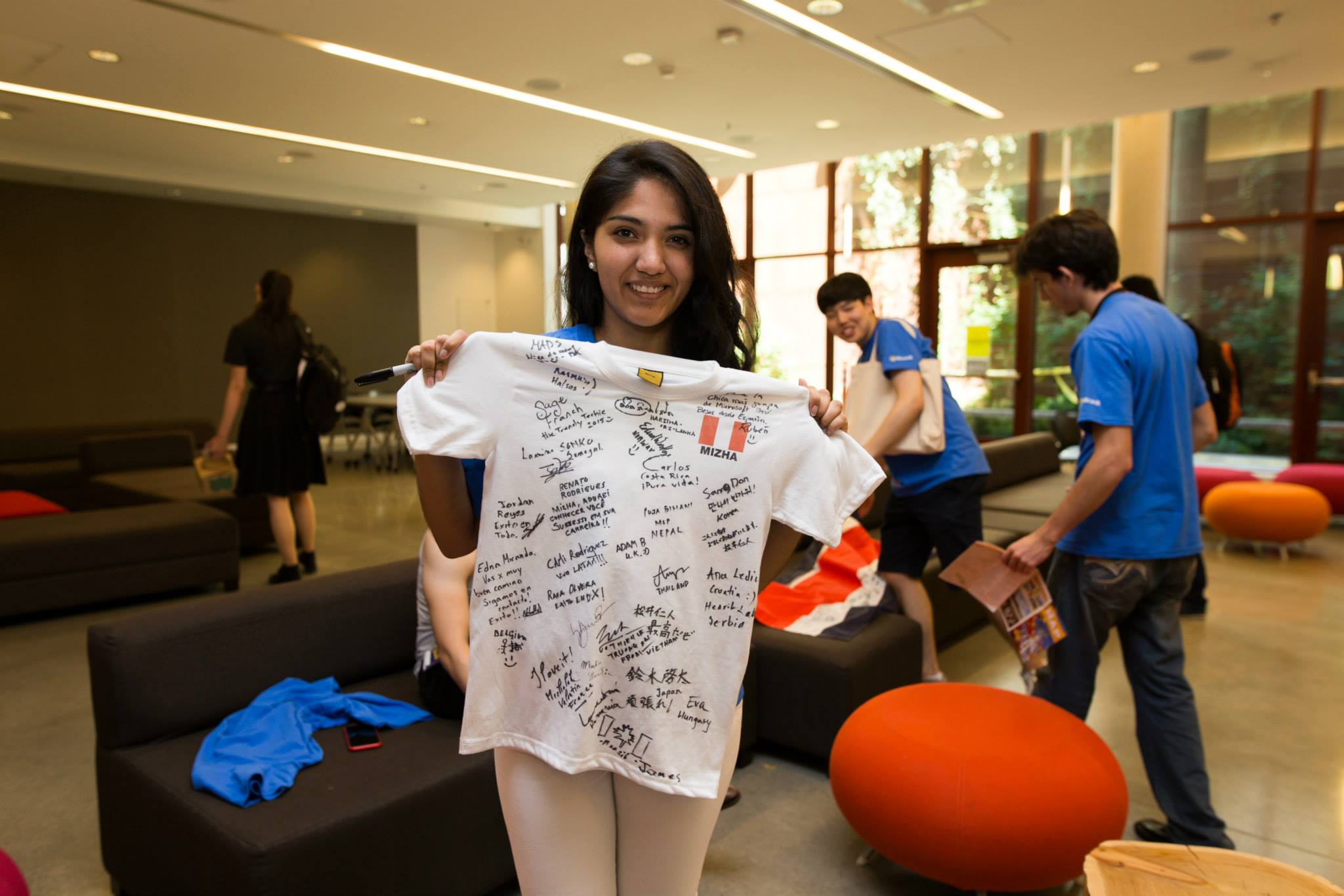 Maria is super enthusiastic about Azure. She offers advice about how it could be used and how to learn to use it. “Easily build your own blog or your web page using the language that you prefer, either ASP.NET, Java, PHP, Node.js or Python. Use Azure’s Application Insights to track the use of your applications to continually work on improvements.”

Maria learned how to use Azure from Microsoft Virtual Academy and Channel 9. Between those resources and her own book research, as well as attending any Azure conference she could, she picked it up. Then she began to teach it to others, which is a sure-fire way to keep any skill sharp.

Maria urges students with even the smallest interest in technology to take advantage of Microsoft’s free student offers. “Microsoft is handing you the opportunity to learn something new, for free! Do not waste it!”

The Microsoft Azure student offer is a great example of one of those opportunities. Activate your offer today and get coding for the cloud!
0 Likes
Like