Fastest way to turn your idea into a biz? Enter Imagine Cup!

Fastest way to turn your idea into a biz? Enter Imagine Cup! 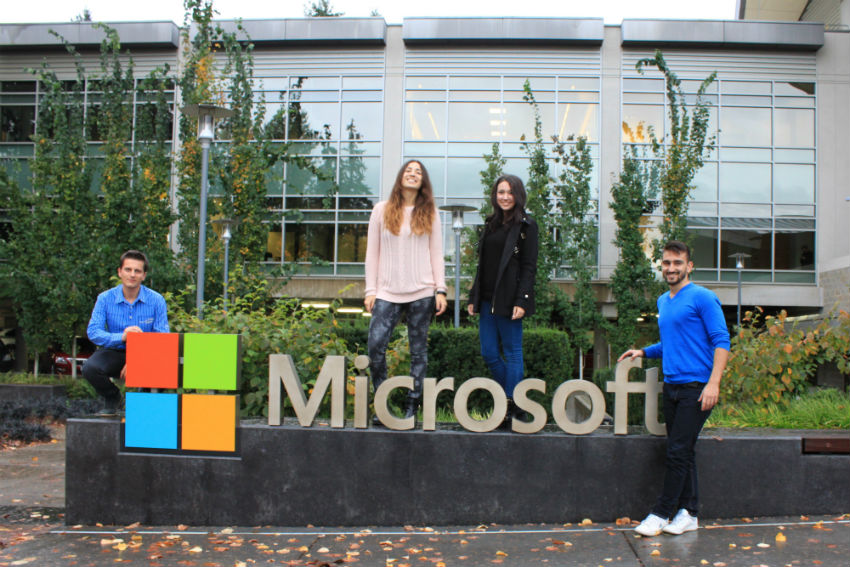 Dimitris Iakovakis, Vicky Bikia, Despina Efthymiadou and Konstantinos Mavrodis have returned to Greece after a whirlwind week at Ability Bootcamp, their prize for winning the Imagine Cup Ability Award . Though they may no longer be absorbing all things Microsoft in person, they know they’ll be slowly taking in everything for a very long time.

Vicky said, “As the days go by and I realize what we actually experienced in Redmond, I feel so blissful.” She shuddered to think about the lost opportunity if she hadn’t approached her esteemed professor and the team’s beloved mentor, Leontios Hadjileontiadis . She wanted to augment her formal education, craving more than lectures and coursework. It was Leontios’ suggestion that she enter Imagine Cup . 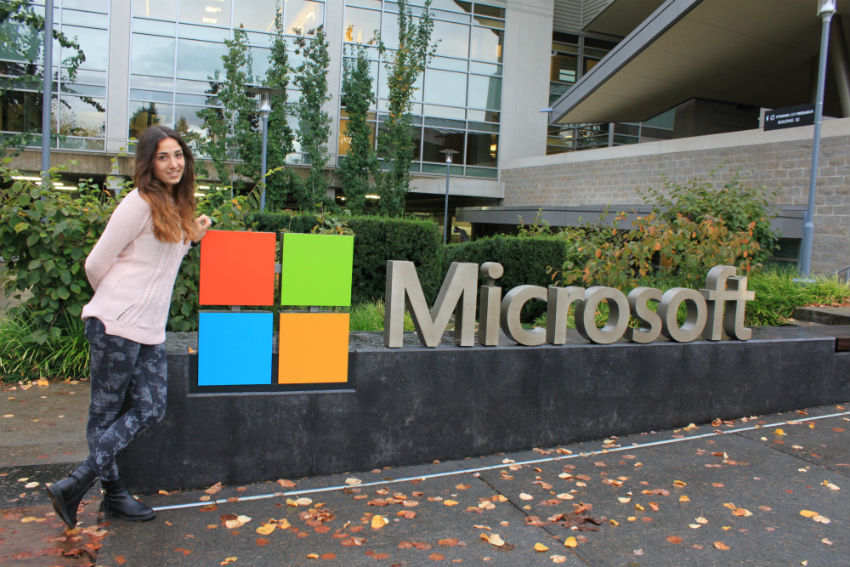 “I had never heard of Imagine Cup! But Imagine Cup may have the most suitable name to describe what it is. Imagine Cup was a door that opened and changed me not only as an engineer, but also as an individual. So, I urge all of the students around the world to take the step and go for it. You only need to imagine it, the rest of the magic will happen.”

Team Prognosis spent their last morning of Ability Bootcamp with Microsoft’s Skype Translator team. Vicky described their time with engineers Vishal Chowdhary and Jon Clark. “They were on fire and their brainstorming was stunning! They gave us a lot of alternative ideas to improve our algorithms and proposed very clever and imaginative ways to collect more data, like using gamification!”

The student developers want to use Skype Translator in the second module of their medical app, Prognosis.

The first module focuses on early detection and intervention of Parkinson’s by collecting information from the user’s Microsoft Band about gait and sleep, two common areas of struggle. The second module of the app (and what the team is most eager to optimize) is a way for Parkinson’s patients to be understood when they speak. Because the disease degenerates facial muscles, Parkinson’s patients have an extremely difficult time speaking. The team is in the process of collecting vocal samples to feed into their algorithm in order to analyze the speech issue. As a result of their meeting with the Northwest Parkinson’s Foundation while they were here in Redmond, they will have as many samples as they could want.

The team hopes to use Skype Translator to take a user’s unclear words and “translate” them to speech anyone can understand. 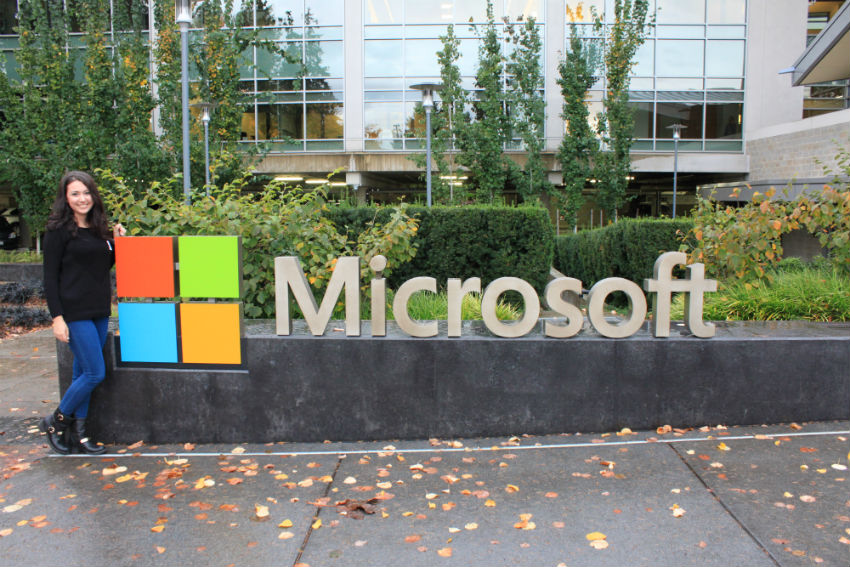 Despina described the situation the translator would most impact. “Many elderly patients use Skype to connect with their grandchildren. But when they see their grandkids struggling to understand what is being said, the patients begin to despair. Eventually they abandon every effort and stop talking, which leads to estrangement and depression – all of which can accelerate the disease.”

The vocal processing algorithm is their first order of business now that they are home. And because of their time with Microsoft engineers, they have a clear direction and improved technical skills to do just that.

Dimitris most appreciated what they learned from a technical aspect. “We learned how to continue with the voice processing and integrate the speech model to our detection model. We didn’t know how we were going to do that just one week ago. Plus, seeing the Microsoft Band research labs was so cool!” 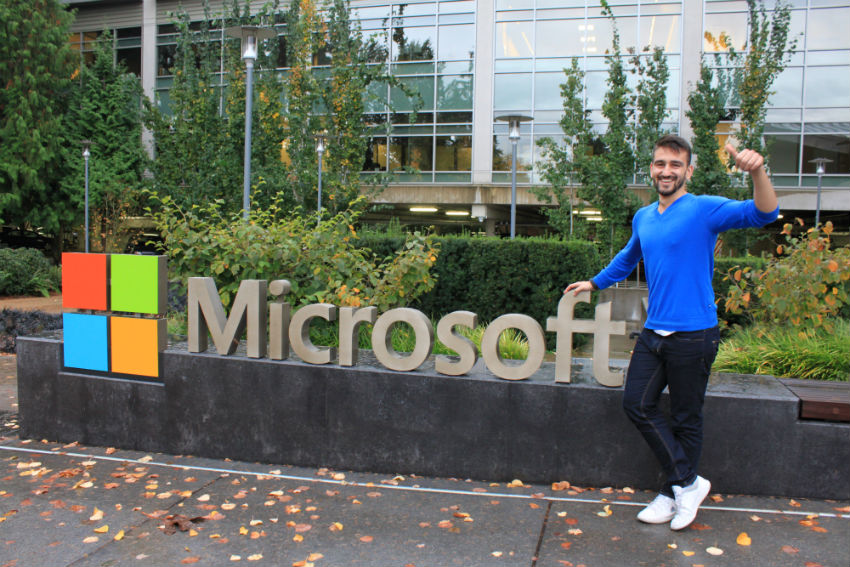 The students were deeply emotional with gratitude during their final hours in Redmond. Over and over, they thanked all the people who made their week unforgettable. They profusely wanted to thank each and every Microsoft employee and person who took the time not only to meet with them, but who also passionately jumped “all in” to the project. 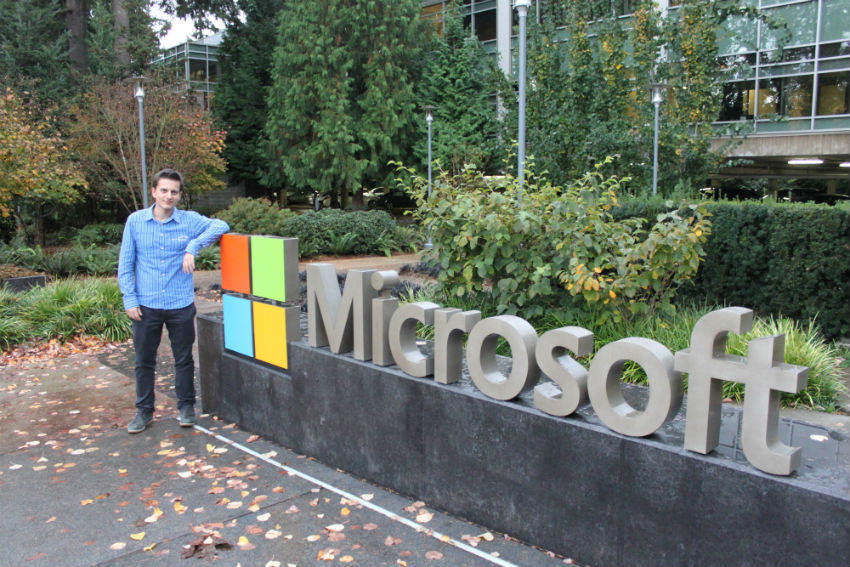 Konstantinos shared some advice for student developers who might be hesitant to enter Imagine Cup. “Every day, work on something uncomfortable! It’s true that Imagine Cup isn't going to be easy, and yes, it's stressful. But there are so many things that you can learn, even if you don't win anything. Like being exposed to Microsoft products! This is really important - it's not productive to be stuck using the old stuff. You are with the latest when you are with Microsoft!”

We asked Team Prognosis what they would change about their once-in-a-lifetime chance to work with the Microsoft family for a week. Konstantinos said, “We wouldn’t sleep. We’d ask for even more!”

You could be experiencing your very own Ability Bootcamp and pick the brains of Microsoft experts in your field. Imagine developing an app for the cloud and then showing it to Microsoft Azure developers! Or creating a solution to help end world hunger and getting help developing it from top Microsoft engineers using cutting edge research.

It’s time to start your journey. Register now for Imagine Cup !
0 Likes
Like