Don’t change the world – hack it

Don’t change the world – hack it 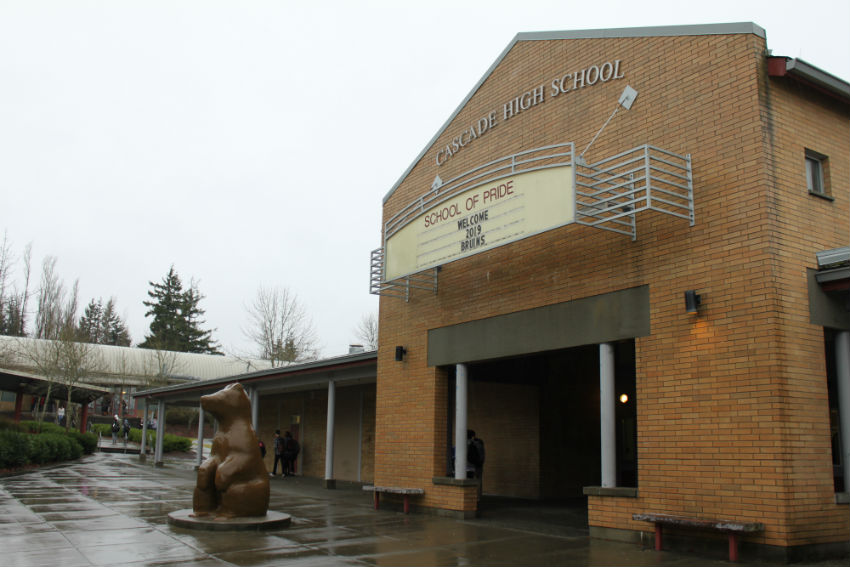 A hundred students at Cascade High School in Everett, Wash., were treated to a Monday morning dose of inspiration when Dr. James Whittaker kicked off Computer Science Education Week. It was one of nearly 200K events worldwide hosted by code.org’s Hour of Code .

Whittaker, the energetic and distinguished technical evangelist and Microsoft engineer, started them off with a doozy.“Ladies and gents, I’m here to clear up one thing. You’ve been told to do big things; to change the world with your big ideas. That’s wrong. You can’t change the world.”

As the students laughed, half shocked, half wondering if he was serious, Whittaker let them linger uncomfortably for a few seconds.

Then he continued, “You can’t change the world. But you can hack the world. And that means starting small.”

He went on to explain that Google became great by adding a few hundred lines to an existing search algorithm – not by reinventing search. That Tesla didn’t try to revolutionize the automobile, but focused on changing one part of it – the power source. Even Microsoft had very humble, garage beginnings. 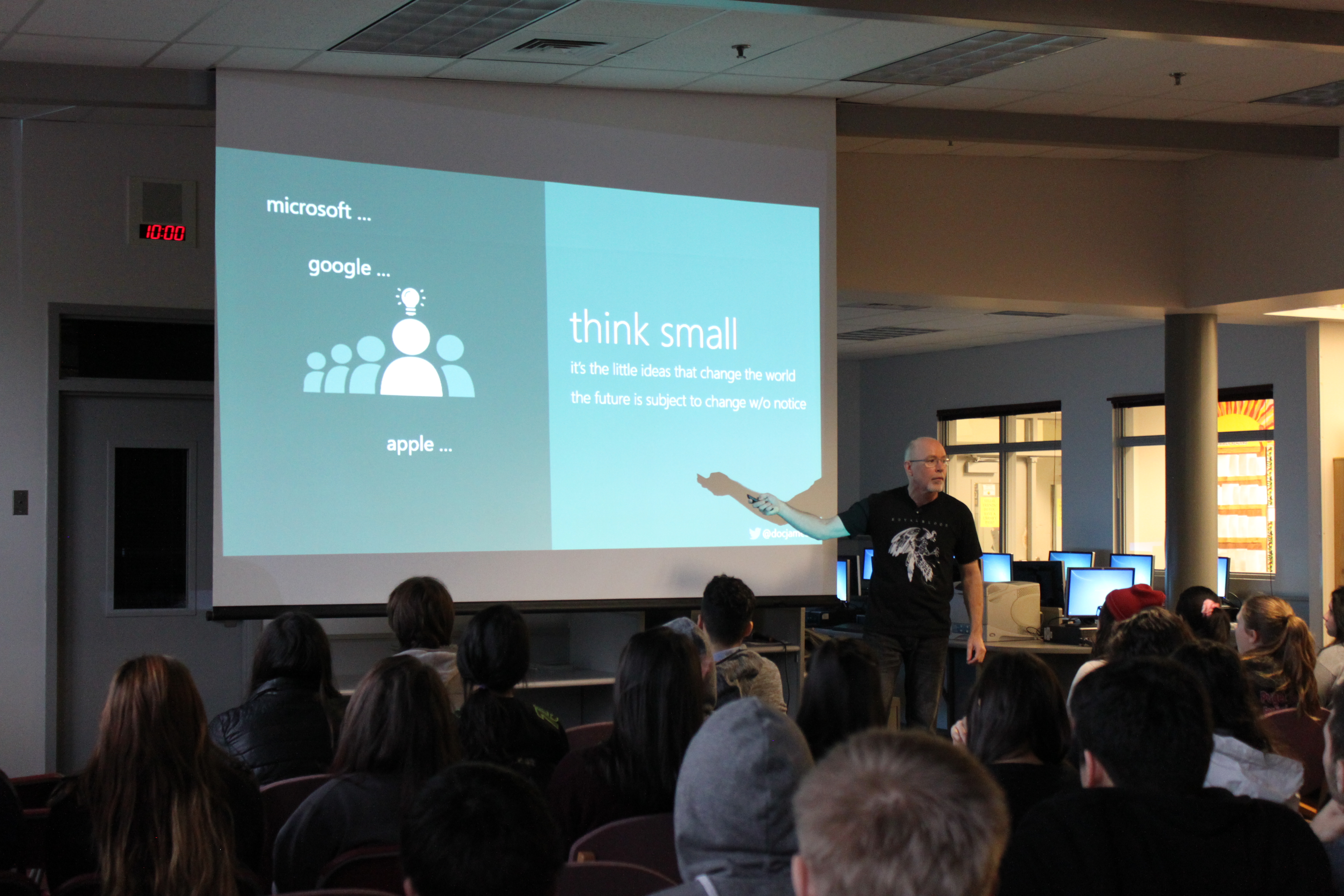 His point was that the great tech companies of today weren’t aiming to be great or change the world – they were aiming to fix a small problem, to make a tiny improvement, to build on top of something already made.

They key is to build it well. Because Google and Tesla fixed small problems with incredible, well-made answers, they grew into multimillion dollar corporations.

But how to find small ideas in such a loud world? They are all around, because, as Whittaker told the students, “Everything you encounter in your life that’s broken is an opportunity to create an answer.” He gave a few examples too. For instance, “If you have to click 14 times to get from one episode to the next of ‘Game of Thrones,’ then something is broken!”

The next generation of software wiz kids won’t be able to fix small problems if they do not know how to code. Whittaker thinks coding is even more important than basic subjects like reading, writing and algebra. Though students need those skills to learn problem solving, he is all for coding being taught just as much as, if not more than, core subjects. 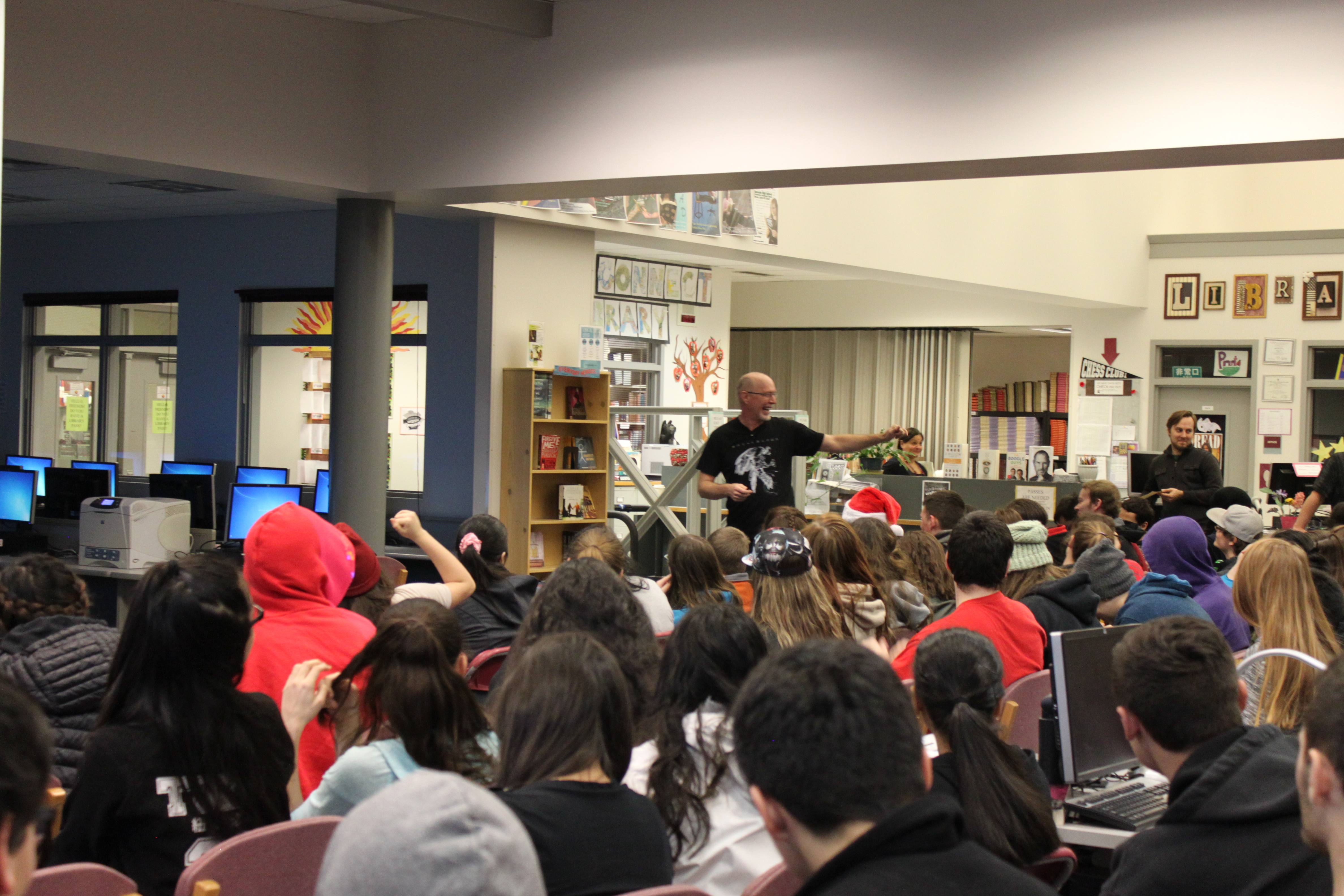 He approached the subject with humor. “So what if you can read and write and maybe even factor a trinomial? None of those are going to matter as much as coding.” With those words, he was trying to tell the students that they must learn how to code, hack and be creative problem solvers.

Whittaker shared his 3-ingredient special sauce for being creative: Find your spot, find your distraction and find your inspiration. First, learn who you are enough to identify the places where ideas just seem to pop up out of nowhere, like in the shower. Then return to that space often! Next, seek out people, places and things that help you turn your mind off (for Whittaker? Live rock and roll concerts!) in order to give the old noodle a break. Finally, work hard to discover the people who inspire you most, much in the same way that Mark Zuckerberg admits to being inspired by Bill Gates. With these elements of self-knowledge at play, creative solutions will nearly invent themselves, he told them Monday.

As several students vied for Whittaker’s one-on-one time after his speech, we caught up with two other students to ask them what they thought about the speech.

James Ramirez (right,) an energetic sophomore, made a really good point. “Our generation may use technology more than any other generation has in the past, but very few of us know the actual tech behind it. We need to learn to code in order to replace those who are coding now, otherwise all our progress will be lost!

Olivia Chatters (below,) a senior, hadn’t given much thought to coding before Whittaker’s speech. Chatters wants to study chemical engineering at the University of Washington, but is now thinking she should also learn to code. She emphasized how important events like Hour of Code and Whittaker’s talk are.

“Students need more of these types of events to expose us to coding. I don’t think most mainstream students even know what coding is,” she said. 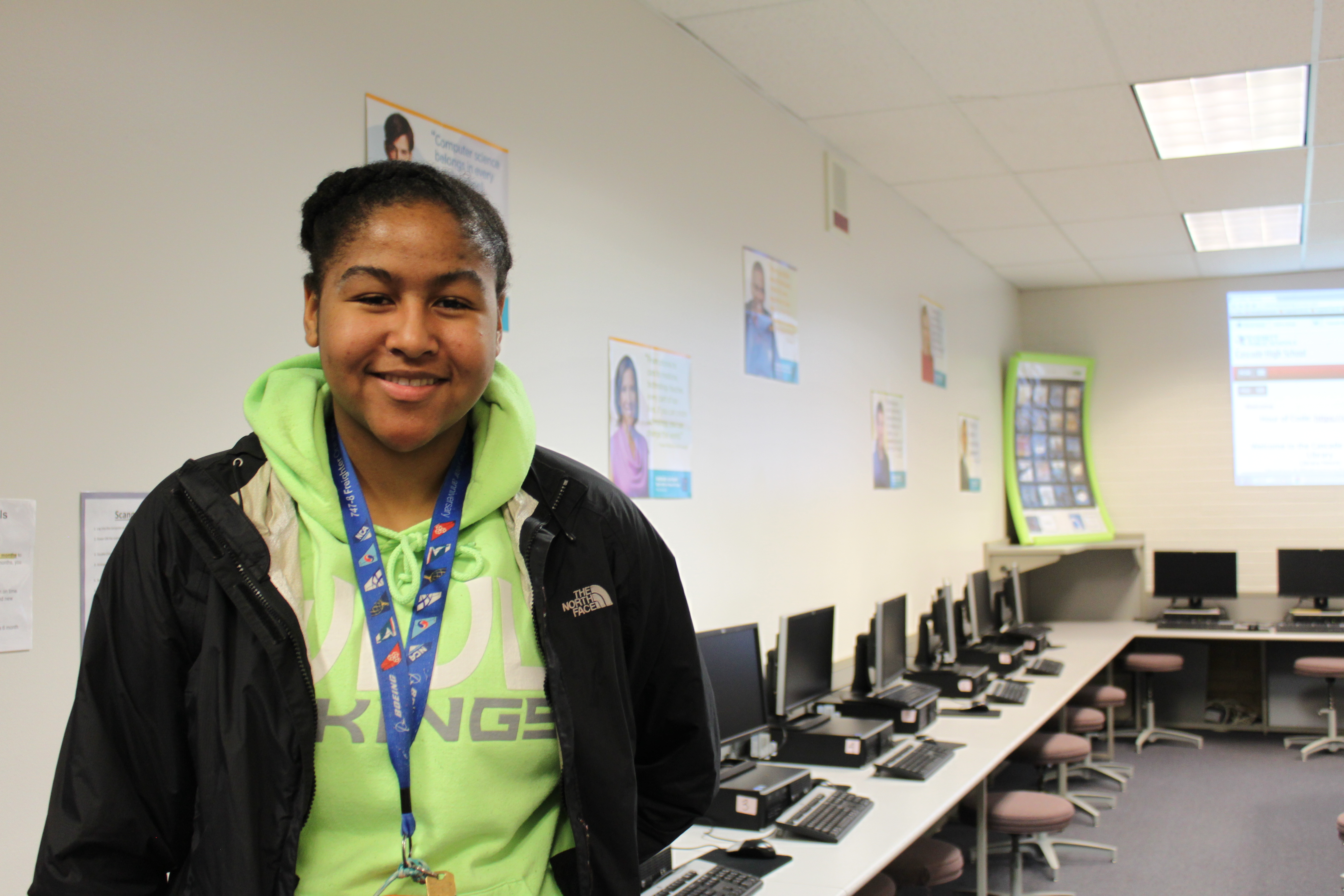 This week is the perfect time to see what coding is all about. Not sure where to start? We can help! Check out the Minecraft Hour of Code tutorial, the Microsoft Imagine Hour of Code page and begin your journey today!
0 Likes
Like