An Action-Packed Week of Technology & Fun at Imagine Cup 2014

An Action-Packed Week of Technology & Fun at Imagine Cup 2014 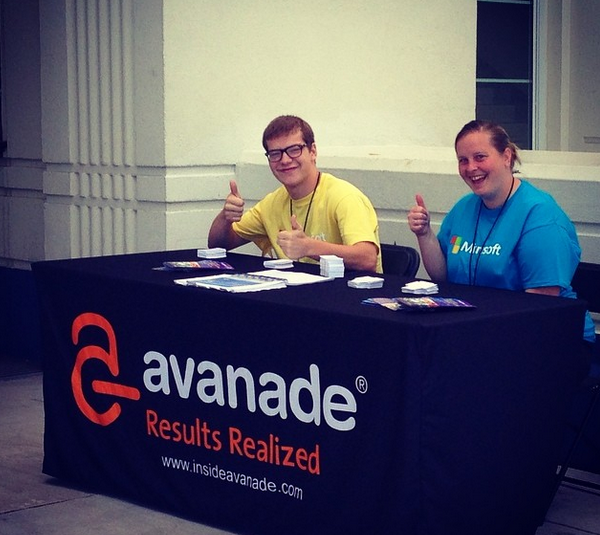 Microsoft came back home to Seattle to host this year’s Imagine Cup World Finals July 29 – August 2 and Avanade was there! The week started with 35 teams arriving on the University of Washington campus from all over the world. Passports were displayed with room assignments being made and then the real fun began – the competition briefings and then the welcome reception in UW’s Red Square. Lots of food and music filled  the air, with Mt. Rainier as the backdrop while participants geared up for an opportunity of a lifetime – the Imagine Cup World Finals competitions. The winning team receiving $50,000 plus a private session with Bill Gates.

Days one and two were filled with presentations to the Imagine Cup judges where nerves appeared to be maintained. The panel of judges asked some great questions following the presentation and feedback was provided. Avanade sponsored a self-serve coffee cart in the student lounge – the main hang out at the competition. Students created coffee concoctions of all types to calm nerves, stay awake and sharpen their barista skills. Julie Madayag, Colleen Burke, Lisa Field, Rosanna Aho and I – all members of the NA Recruiting team – were present to talk to the participants and watch them prep for their presentations. We had the opportunity attend a few of these presentations and WOW – talk about top talent – these projects were impressive!!!!

Day three was the World Championship Ceremony in the Washington State Convention Center. In conjunction with the TechReady 19 convention (a semi-annual internal technical conference for Microsoft employees), the Imagine Cup participants anxiously filed up the escalators into the massive convention center to hear who would win top billing as the 2014 Imagine Cup winners. The Imagine Cup competition was announced at the finale of the TechReady 19 agenda and the excitement began. With the University of Washington leading the way down the aisles playing “Louie, Louie” the international participants celebrated showing their country flags and filming it all on their smartphones .

With much anticipation the category winners were announced:

After three rounds of tough questions, the judges chose the overall winner of the 2014 Imagine Cup. Congratulations to Eyenaemia of Australia from the World Citizenship Competition! With the celebration just beginning, the participants headed out to the Amazing Seattle Race where they would again compete for the honor of being the latest “local expert” of Seattle by identifying and documenting, on the Microsoft phone of course, their discoveries. The winner was then announced at the Imagine Cup Party at the Experience Music Project . Dueling pianos kicked off the evening to get the party started. A comprehensive slideshow of the week’s activities was shown while folks trickled into the party. Photo booth and flip book opportunities were a major attraction and then the dancing began - it was time to celebrate!!

The final day of an awesome week: Imagine Cup Day at the Museum of History & Industry (MOHAI) . Microsoft provided free admission to the general public and Avanade was a primary sponsor of the day. The day was a huge success with at capacity crowds for most of the day. The Lotus F1 Simulator was present and a big attraction!! Jason Hunt, Andrew Burnell, Eric Cameron, Lisa Field, Rosanna Aho, Beverly Martin and Julian Sanchez talked with eager ‘drivers’ ready to take their spin around the race track. Blitz from the Seattle Seahawks even took a spin. We stopped counting at 100 ‘drivers’ – the most activity the simulator has seen at any event. Our very own Mahnaz Javid, SVP of Talent Acquisition at Avanade, presented the Avanade People’s Choice Award to Team Chemicalium who walked away with a $2,000 check. 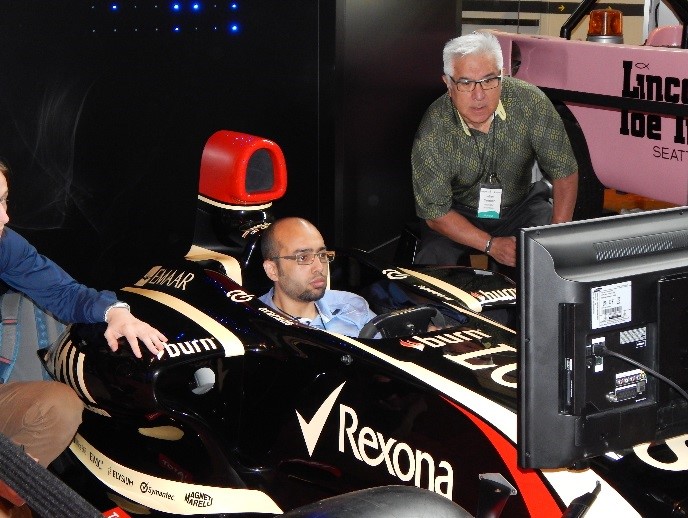 As I reflect back on the entire week the one word that comes to mind is WOW! It was an exciting week. I am very proud to be a part of an organization that supports such innovative minds - our future is a bright one for sure with many bright minds continuing to share their talents with the world. Thank you Avanade and Microsoft!

A quick shout out to Imagine Cup Program Lead John Scott Tynes who best captured the success of the 2014 Imagine Cup on the Microsoft Imagine Cup blog.
0 Likes
Like