Getting Cross Domain Kerberos and Delegation working with SSIS Package

Getting Cross Domain Kerberos and Delegation working with SSIS Package


I started working on this issue started by way of a Twitter conversation between myself, Jorge Segarra ( @sqlchicken ) and Matt Masson ( @mattmasson ). I then found out that Jorge was working with a customer that had opened up a Support Case.  Also special thanks to Joey Seifert for letting me bounce some Active Directory questions off of him. 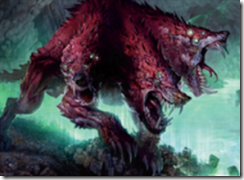 Whenever I see this error, I always start with configuration.  That is typically the cause.  Back in 2010 I wrote out my Kerberos Checklist for validating configuration.  Jorge was aware of this and had gone through it. He also mentioned that they had ran the Kerberos Configuration Manager and it didn’t find any issues. Although in this scenario, it wouldn’t have as it doesn’t yet support cross domain topologies.

I was able to reproduce the issue they were seeing in a local environment on my end.  Here is what it looked like. 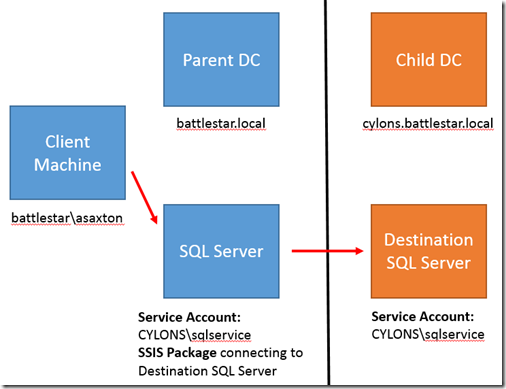 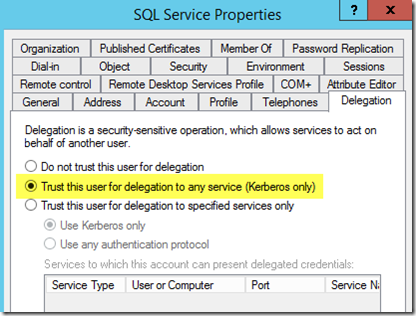 When you run a package that is hosted in the SSIS Catalog, it will cause a child process to get spawned from the SQL Service itself. This process is the ISServerExec.exe.

The other thing to note is that this process context is the context of the session that launched the package, not the SQL Server Process Context (service account).  Here you can see that the ISServerExec is running as BATTLESTAR\asaxton where as the SQL Service is running as CYLONS\sqlservice. 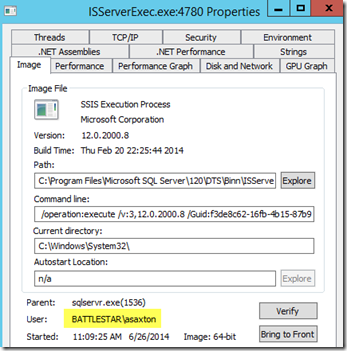 This is the case regardless of how you execute the package.  This could be through the SSMS GUI, via Stored Procedure or even by way of DTExec.  If you want it to run under the context of the SQL Service account, you can “fake it” by doing a runas like operation  on a process (Command Prompt, SSMS or SQL Agent Job security account).

I initially thought that this was the cause of the problem, however I later found that it is not.  While I haven’t dug fully into that, I believe this to be due to the way we are launching the child process. My guess is it has to do with handle inheritance in the child process.

Before I even get into the SSIS package, I want to verify that the first leg of the journey is working.  To do this, I connected with Management Studio from a remote machine to my SQL Server in the Parent Domain.  I then used DMV’s to validated it I had connected via NTLM or Kerberos.  Here is the query I used. depending on where you are doing this from, you may want to include a predicate to exclude the session you are running this from, if you are trying to find out a different sessions.

This showed NTLM which is not what we want. I had enabled Kerberos Event Logging, and I saw the following:

captthrace.home?  What is that?  This is because I’m working from home.  At the office I saw a different domain. If we do a Ping on Captthrace, we will see the same result. In this case, I have my machines multi homed.  This was picking up the external nic and not the internal which should have had an IP Address of 10.0.0.10.

We want this to resolve to captthrace.battlestar.local [10.0.0.10].  On my end I can do that multiple ways.  I could disable the external nic, add an entry in the HOSTS file.  In my case I decided to update the DNS Search suffix for the internal adapter.  Making sure that battlestar.local and cylons.battlestar.local were listed.  After doing that we get a properly result. 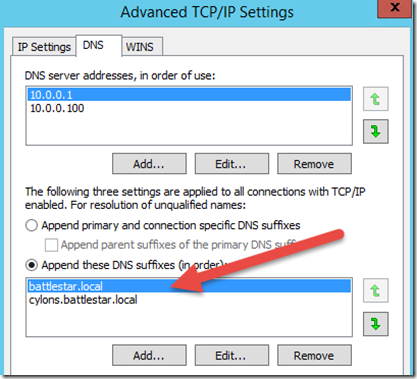 That looks better.  retrying the connection to my Parent SQL Server shows that we are connected with Kerberos now.

Now when I try a single hop to the Destination SQL Server, I was seeing Kerberos as well for a single hop.

Now I wanted to run the package from the client machine off of the Parent SQL Server.  When I did that, I got the error.

Looking at the the Parent SQL Server I saw the same issue as we had on the client box.  So, I adjusted the DNS Suffixes on that machine as well. After that, the package connected successfully using Kerberos to the Destination server in the Child Domain. 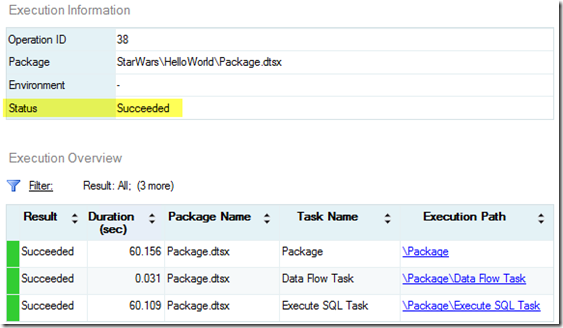 One item I ran into the first time I was going through this was that I kept getting NTLM even though the name resolution was fine on the Parent SQL Server.  It was using an account from the Child Domain though which had the SPN for the server.  When Domains are within the same forest, the KDC should consult the GC (Global Catalog) and provide a referral if the account is in a different domain.  If the account is not in the same forest you would need to define Host Mapping for the account, unless you are using a forest trust.  Then you could define a Kerberos Forest Search Order.

What happened was that the Parent DC was not able to communicate with the Child DC.  I discovered this when I tried to force Domain Replication.  It errored out saying it couldn’t find the CYLONS domain.  This could also lead to a failure as the SPN may not be noticed from the GC Perspective if replication wasn’t working.  So, if you made a change in the Child Domain, the Parent Domain wouldn’t pick it up.

What about Constrained Delegation?

With the amount of work I do with SharePoint Integration, Constrained Delegation comes up a lot when we talk about Claims to Windows Tokens.  This may force your environment to use Constrained Delegation .  Before Windows 2012, this means that all Service Accounts and machines hosting the services all had to be in the same Domain.  You were really restricted to one domain.  Starting with Windows 2012, you can cross domain boundaries, but the configuration is different for Constrained Delegation from what it used to be.  It is modified via PowerShell commands.  If you want to read more about that, you can have a look at the following:

Takeaway – What’s in a name?

If you have verified your Kerberos configuration, be sure to validate your name resolution within your environment.  It may not be resolving to the proper names.  When we go to build out the SPN to use, we based on the DNS name that was resolved from the NETBIOS name. If DNS resolution isn’t working properly, then it can lead to all sorts of problems.

I’ve learned the hard way, over time, that DNS and Active Directory really blend together.  If DNS has issues, then AD will more than likely have some issues. Hopefully this helps to at least show that it could be more than the normal Kerberos Configuration items that are causing an issue.  Be sure to check out DNS Forwarders, Network Configuration (including Networking Binding/Order and DNS Suffix if needed).

A Ping command should return the proper name, or an NSLookup.  If you have doubts, do an IPConfig /flushdns and try again.  Verify the DC’s can talk/replicate to each other.  As you can see from above, this should work for Full Delegation.  Constrained Delegation would work with some modifications.